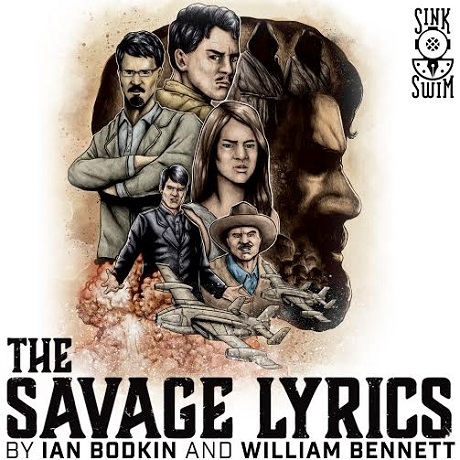 The book is set 100 years after civilization has released a bomb and the survivors have come together to form a community in a place called “The Town.”

The characters live in a force field dome under the totalitarian rule of a group called “The Ministry” in a sort of big brother/1984-esque setting.

“What’s eluded to is there was one big war and now we have survivors of humanity and those survivors wandered for a long period of time before finding a part of the Earth that wasn’t completely toxic,” Bodkin said. “When this story takes place, it’s 108 years after the founding of this town; they refer to as ‘The Aftermath’.”

The Ministry, who rule The Town, are seven ageless people in hooded robes who are joined by a group of henchman called The Clerics, who grew up working for The Ministry and are now their servants. 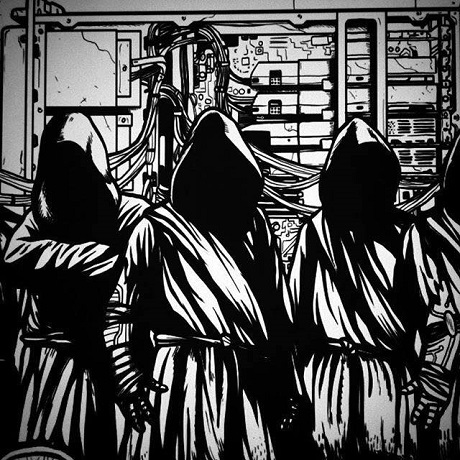 “The story is about what is survival and what is survival if there’s a loss of hope?” Bodkin said. “Under the rule of The Ministry they have no hope, they’re just sort of living out each day and they don’t think they can really expand beyond the dome so they’re stuck there.”

“The Savage Lyrics” centers around a stranger that comes to the town, “The Savage,” and follows his journey as he tries to understand humanity and the town.

Bodkin said the Savage represents the idea of hope for the townspeople, but The Ministry believes he is an agent of destruction.

The Savage also documents his findings as the story progresses according to Bodkin.

“He has almost this visceral reaction to The Ministry,” he said. “The lyrics are sort of like these field notes of his, sort of transcribing what he’s seeing and what he’s thinking about. It’s almost like his continuing song.”

The people of the town must ultimately decide if they are going to exist under the rule of the Ministry or stand and declare themselves on the path of The Savage. 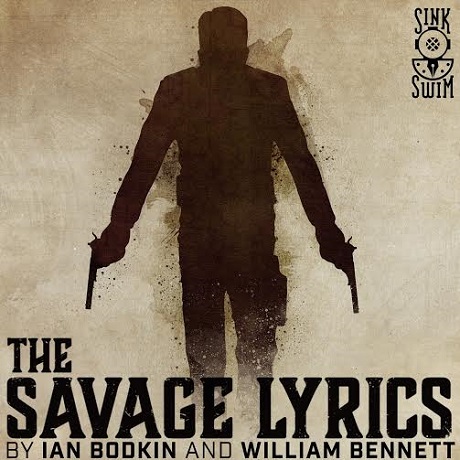 The Savage Lyrics began as a prose poem submitted by Bodkin to Sink/Swim Press nearly 3 years ago.

Bodkin, who said he’s already had an in interest in persona poems, started work on it after he finished his last book of poems, “Every Word Was Once Drunk.”

“I started these prose poems about a character named The Savage and really was reading a few different things at the time, Jennifer Egan, “A Visit From the Goon Squad”, Matt Bell’s “In The House Upon the Dirt Between the Lake and the Woods”, they sort of have these folk narratives, post-apocalyptic moments in each of the narratives.”

Bodkin said he was influenced by old western tales and the “stranger coming to town” narratives.

About a year and a half ago, after writing 60 of these poems, Bodkin ran into Sink/Swim Press owner James Moffett at their Comic Expo.

After discussing his idea with Moffett and getting some feedback he went back to the drawing board and the tale of The Savage started to develop.

“I realized I had this story that I created when I wrote the poem in my head and in my notes that nobody reading the prose poems knew about,” he said. “Slowly, this story started to unfold and I thought the best fit for it would be a graphic narrative.”

Moffett introduced Bodkin to the illustrator of the book, William Bennett, last summer to get some visuals to go along with his manuscript.

Bennett, an 18-year-old senior at Collegiate, was working at a sporting goods store this past summer where he met Moffett. After realizing he was the owner of Sink/Swim, Bennett decided to pitch his work.

“I showed him my portfolio and said if there’s anything ever you need an artist for {on} a certain project I’d be happy to help,” Bennett said. “The next week he sent me the script for Ian.”

Being that this was his first book, Bodkin gave him some direction for his vision.
“He told me to watch some old western movies and he sent me some art that he thought might work,” he said.

Bodkin said he sent Bennett films like “Silent Hill”, “Metropolis” and a few other ideas for “The Savage Lyrics.”

Bennett’s uncle owned a comic book store so he’s been into comics from a young age and he said he’s been drawing and painting heavily the last few years so he was able to use those skills and experience when working on the project.

“The Savage Lyrics” is available online for preorder for $5 now through Jan. 22nd through Sink/Swim Press. The comic book will be released Feb. 12.