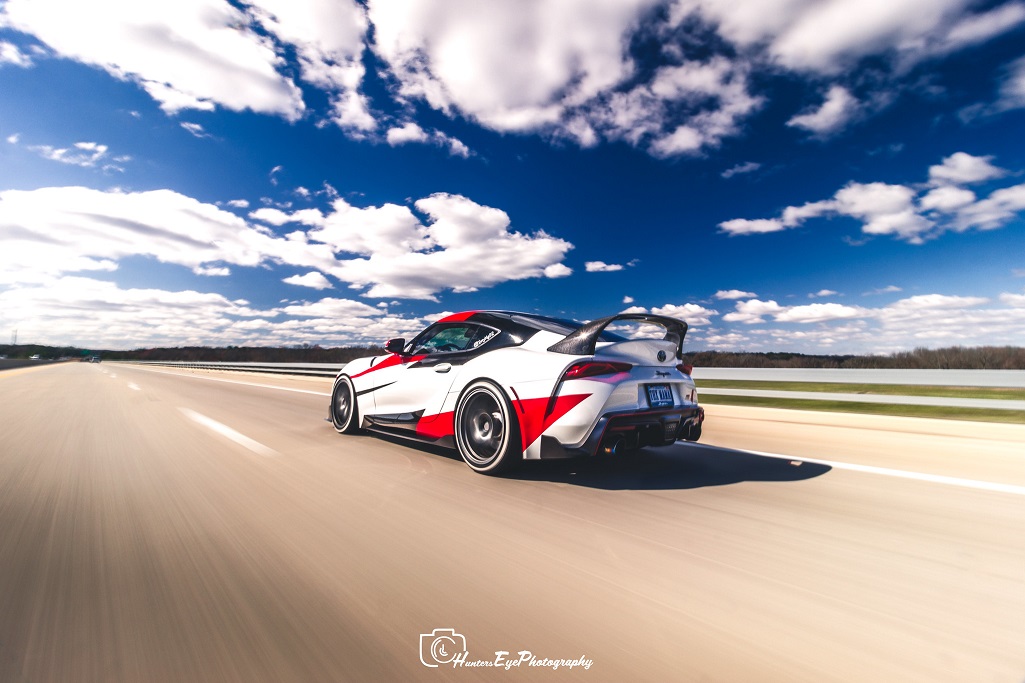 Youthful enthusiasm on the streets of Virginia, as car culture connects with a new generation of young drivers who love being behind the wheel.

Occasionally while driving through the streets of Richmond, the low rumble of a modified exhaust will cause eyes to roll. It’s not a classic car, but something newer that eventually zips past everyone else. Here in Richmond, the colorful, classic, and modern cars on the road add more to the local community than just the loud exhausts, expensive paint jobs, and skyscraper wings that accompany them. For RVA’s import car enthusiasts, this is their culture.

The underground community around tuned, modified, and imported cars worked its way to becoming mainstream starting in 2001, thanks to the blockbuster movie The Fast and the Furious, which has since spawned a whopping fourteen movies. Since then, the local car scene has changed rapidly, and people have begun to share their love of all cars with those in the surrounding community. Colin McCulley of GNG Motorsports, a specialty shop that focuses on performance vehicles, looks back on the inspiration that brought the car scene out of the shadows.

“When those movies came out, I mean, it didn’t make it a thing, it made it more accessible,” said McCulley. “Instead of having to make or find your own parts, that movie allowed mainstream companies to come out and provide quality products to quality shops. That allowed everyone to progress as they wanted to, rather than being stuck in a certain way or having their hands tied, not being able to do anything.”

The river city’s love of motor vehicles doesn’t stop at the classics, or the newest cars; the ones that are extremely difficult to obtain also draw plenty of interest. The demand for foreign brands and vehicles have become increasingly popular, but importing those vehicles from overseas will take some time and a lot of patience. For local shops like J-Spec Auto Sports Inc., Paul Schubert is there to help find parts specifically for imported cars that are hard to find elsewhere.

“Our parts selection varies from complete engine and transmission swaps to hard to find small parts, usually only available in Japanese models,” Schubert said. “But we specialize in Subaru.” Local shops like J-Spec have popped up all around Richmond to help those that are looking to start working on their foreign vehicle.

Those that want to turn their passion for cars into more than just a hobby look to their surrounding area for fun meet-ups and events to be a part of. Owning a modified car doesn’t necessarily mean your activities consist of drifting around a track, but that is a choice many take part in.

“I moved here for college five years ago,” Schubert said. “I didn’t know anybody here, but I naturally found my place going to car meets every week and meeting people from my school that shared similar interests. From there it was just a natural progression.”

Virginia’s car community has expanded in every way possible; from local RVA meet-ups like Cars & Coffee Richmond, to bigger, more upscale conventions. From local car cruises through the Blue Ridge mountains to car shows in Virginia Beach, there is something for every car enthusiast to participate in.

“SpringFest in Virginia Beach is always a big one. It was always really fun,” said McCulley. “You go for a couple of days, you’re at the beach, you’re with your friends. You’re just enjoying everything.”

One thing people may not think about when they think of modified cars is how they give back to the community. The car community does not shy away from supporting the many local businesses RVA offers, and often encourages meet-ups at locally-owned Richmond-area restaurants… as long as they come with a huge parking lot.

“The community is really helpful to Richmond businesses, even the ones that aren’t automotive-related,” Schubert said. “I know a few local car clubs who regularly give back to local charities and families or businesses in need.”

McCulley touches on the local restaurants the car community supports. “We don’t go to the big name places, we try and support the ones that have locally made tacos, or have good drink specials, or to restaurants that we want to see do well and keep bringing a large group back to,” he said. “Everyone’s always respectful. We’re always courteous, we’re always clean.”

McCulley, a 20-year veteran of the local car community, has seen Richmond’s car culture undergo a substantial amount of growth since he started working on cars at 16.

“It went away from the flashy [cars] and the contests,” he said. “I feel like it used to be a lot about bragging rights back then more than it feels like now.”

McCulley said over the 20 years he’s been involved, car enthusiasm went from a more secluded activity to a social hobby.

“When I was in my teenage years, you know, maybe one or two friends did this with you,” he said. “But for the most part it was going to the track, doing your thing, you left and went home, went to your job, rinse and repeat. Whereas now it’s more accepted and out in the open.”

Along the way to this point, Richmond’s car community has seen its fair share of ups and downs. One thing that hasn’t gone away is the prejudices against certain car types in the community. For McCulley, this goes against the spirit of what car enthusiast culture should be about.

“I think as a whole, what I would like to see differently is people being more positive. So if somebody comes out to a car show with a car you don’t like, that’s okay. Find something you do like about it and motivate them and be positive,” McCulley said. “That’s the only thing that is going to hurt the car community, is the negativity seeping out and deterring a lot of the younger generation to go somewhere else. The Subarus and the Hondas and Toyotas will be the hot rods 50 years from now, and if that stuff doesn’t exist because we kicked everyone out, then there’s nothing to enjoy. And what’s the point?”

The boundaries about who can take an interest in modifying cars is rapidly changing. The car scene has moved from a focus on the older demographic collecting and working on their classic mid-20th century American cars in the driveway, to just about every car make and model, age and gender, with many finding their love for cars as soon as they start to drive.

“I have been a part of the car scene for about three to four years. Ever since I started driving in 2017,” car enthusiast Campbell Clark said. Schubert had a similar experience. “I have been modifying my cars since I got my license at 16,” he said. “I’m 22 now and the addiction gets worse every day.”

“I’ve known plenty of smart girls [involved in car culture],” McCulley said. “And there’s plenty of smart kids in this stuff, and plenty of old guys who don’t know how to change a tire. So it doesn’t matter who you are, you’ve just got to be willing to do it, willing to try and willing to sacrifice for what you like.”

There’s plenty of room for those wanting to fulfill their car hobby in Richmond’s car scene. It’s not just for those looking to fix up a car. The community is home to car models, photographers, and general car enthusiasts alike. From SUVs to sports cars and everything in between, there doesn’t seem to be a limit to what you can bring to the car community.

“Anyone can be a part of the car scene,” Clark said. “From if you drive a minivan to a sports bike. As long as you have a passion for [being] behind the wheel.”

“Anyone can join the car community in my opinion,” Schubert said. “As long as they are respectful and interested in cars!”