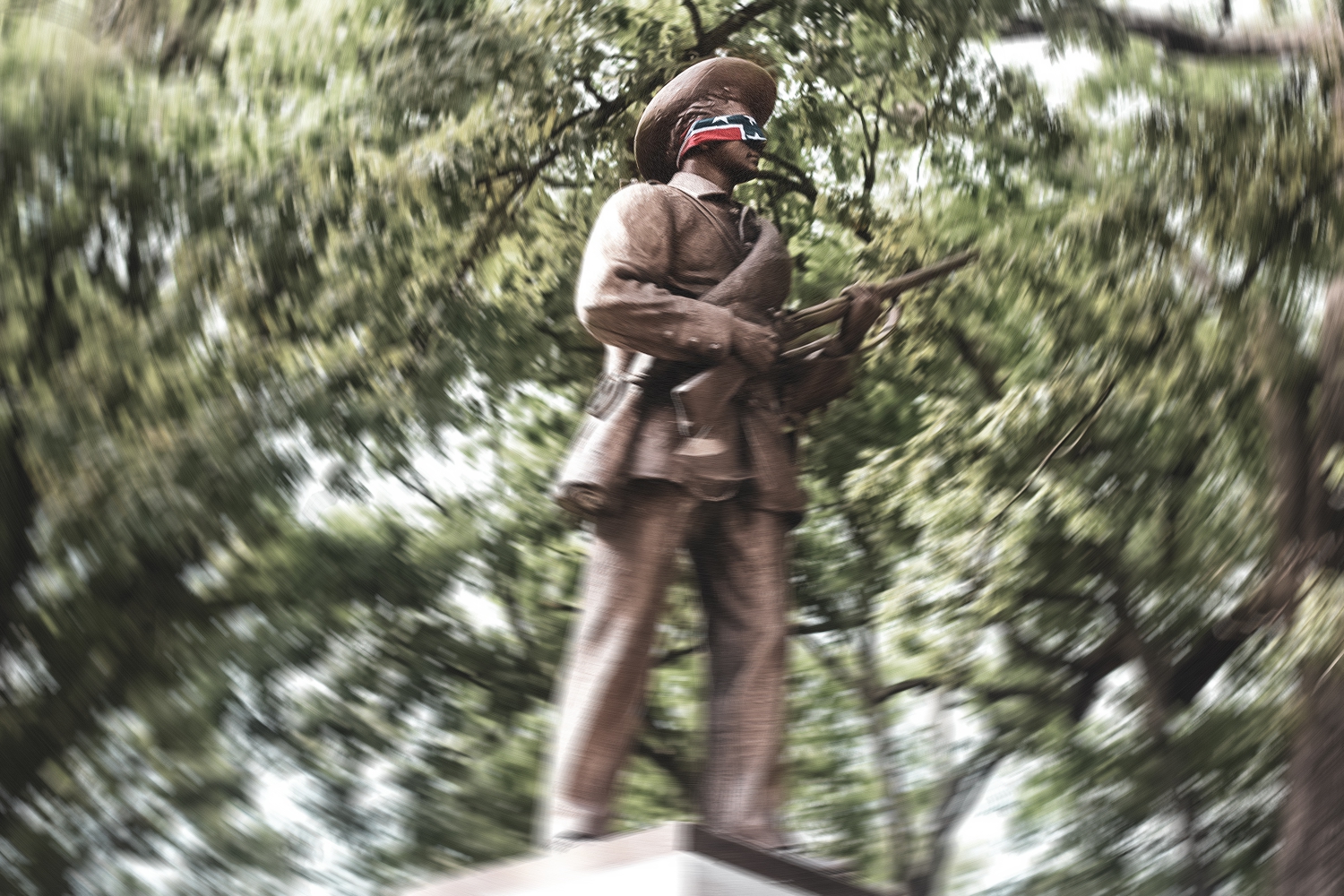 Students at the University of North Carolina in Chapel Hill toppled the Confederate monument known as “Silent Sam” on Monday night. According to WRAL, nearly 200 student protestors assembled at the Peace and Justice Plaza at around 7 p.m. to call for removal of the statue. A short time later they marched to the statue, and by 9:30 p.m. it lay on the ground, toppled, while the crowd of students erupted in a raucous applause. 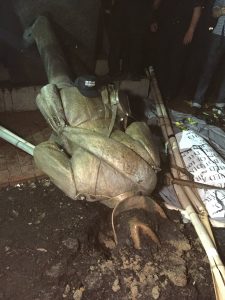 The university’s administration, however, was not amused. UNC Chancellor Carol Folt released a statement at 1:48 a.m. acknowledging that the Confederate monument was “divisive” and a “source of frustration” for many years, but calling the protesters’ actions “unlawful and dangerous.” 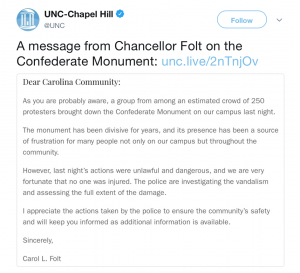 “Silent Sam” has stood on the campus since it was erected in 1913, and has been a flashpoint for students and faculty for many years. The official Department of History webpage even published a statement asking the university to remove the statue, saying, “The faculty of the Department of History urges the officers of UNC and other state officials to pursue every avenue to remove the ‘Silent Sam’ monument…[the creators] shared a veneration of slavery, the “Old South,” the Confederacy, and the ideology of white supremacy.”

Monday’s protest began as a march for solidarity with Maya Little, a graduate student who was arrested this past spring after defacing the statue. In addition to criminal charges, Little also faces an honor court that could lead to her being expelled from the university.

Governor Roy Cooper also issued a statement on Monday on Facebook saying, “The Governor understands that many people are frustrated by the pace of change and he shares their frustration, but violent destruction of public property has no place in our communities.”

Sources at the rally claimed the student protestors flanked the statue with huge banners, shielding it from view. During that time a rope was apparently attached to its base, which was used to pull it down. A WRAL reporter said she spied the rope before hearing a crack as the statue came down. Protestors then started shoveling dirt on the statue and kicking it before police made a cordon around the toppled monument. One person was arrested and charged for “concealing their identity during a public rally.”

This comes at a time when cities and institutions throughout the south are grappling with what role statues and symbols glorifying the Confederacy and spreading the Lost Cause myth should have in public spaces.