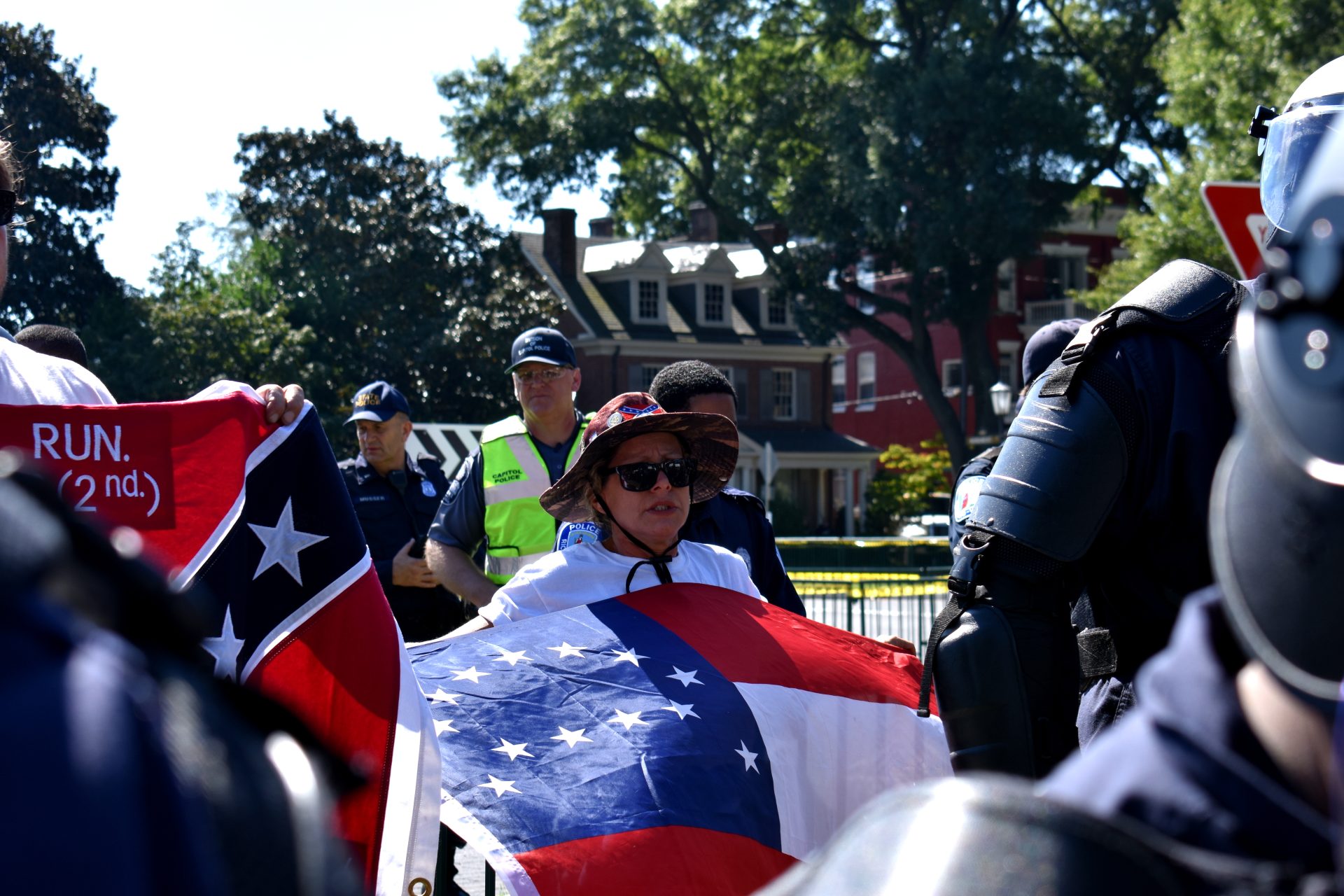 The neo-Confederate group CSA II: The New Confederate States of America is trying to increase their presence in Virginia in anticipation of their planned rally on December 9, by appointing a “State Commander”. Only seven have confirmed their attendance as of today, with many expressing worries about counter-protestors, despite the complete lack of violence at the last rally, which cost the city nearly $600,000 in preparation costs. 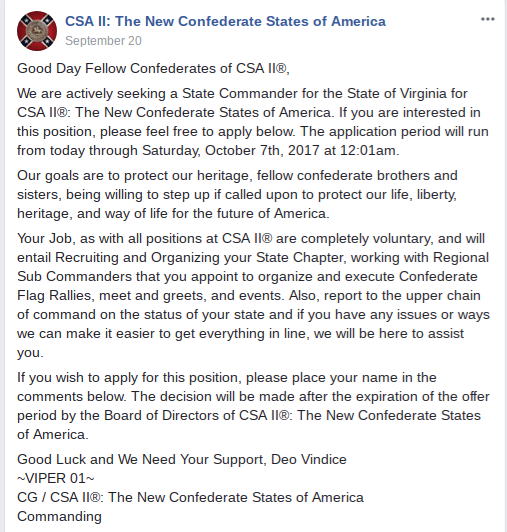 Screenshot of job post sent in by a reader

The CSA II, led the failed rally in Richmond this past September when the out-of-state group planned a show of force to ‘protect’ Lee Statue. Only seven people showed up to support the CSA II, and their actions in Richmond were met with wide condemnation from city officials and residents. This ad, posted on September 20th via Facebook, closed on October 7 without producing a single candidate, a likely indication that their upcoming rally will also generate negligible local support. No one at CSA II was able to speak to the posting at press time.