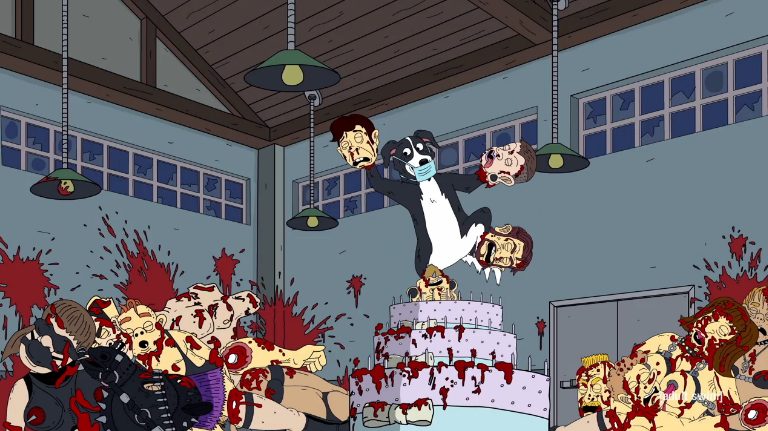 The debate over estrogen in soy milk, fake breasts, fetish parties and young love – all of these topics and many more are covered in the first episode of Mr. Pickles, a new show on Cartoon Network’s Adult Swim created by Richmond-born funny men Day By Day.

The debate over estrogen in soy milk, fake breasts, fetish parties and young love – all of these topics and many more are covered in the first episode of Mr. Pickles, a new show on Cartoon Network’s Adult Swim created by Richmond-born funny men Day By Day.

We spoke with Dave Stewart and Will Carsola, who got their comedic start with an infamous Virginia DMV prank about their new show back in April. Here’s what they said about working with Cartoon Network, the show’s RVA connection and how they got Brooke Shields to lend her voice as the show’s mom:

“We write for 10 mins, pour our thoughts out, taking all pressure off of them being good ideas, and every once in a while there will be one that sticks,” said Carsola.

And from one of these sessions Mr. Pickles emerged.

When you watch Mr. Pickles, you’ll notice the town where it takes place appears a bit familiar. That’s because Carsola and Stewart said it’s got some connections to RVA. “It’s an old-fashioned town set in modern times, and everything came after that,” said Carsola. The town in question, Old Town, features a diverse set of characters – while we only get a glimpse of it in the pilot episodes, both Carsola and Stewart said the town will play a role in the shows future.

Working with Adult Swim has been an adventure in of itself for the Day By Day dudes. The creative freedom they’ve been allowed has been outstanding. “[The notes Adult Swim gives us] are minimal, they say ‘we want what you guys do’ and we’re always surprised.” said Stewart.

We weren’t the only folks impressed by Mr. Pickles. The New York times described it a show about a “cheerful pet collie who likes pickles and happens to be the devil”:

It’s “Lassie” (the dog’s clueless 6-year-old master is Tommy instead of Timmy) done as a comic horror story in the Seth MacFarlane spirit (the dog can’t keep his paws off Tommy’s equally clueless mother). Only poor old Grandpa sees Mr. Pickles for what he really is. The overall effect is more grisly than funny, but a cult following seems ensured, and for added surreal-pop-culture cachet, Brooke Shields voices the mother.

You can watch all of the premier in the video below: