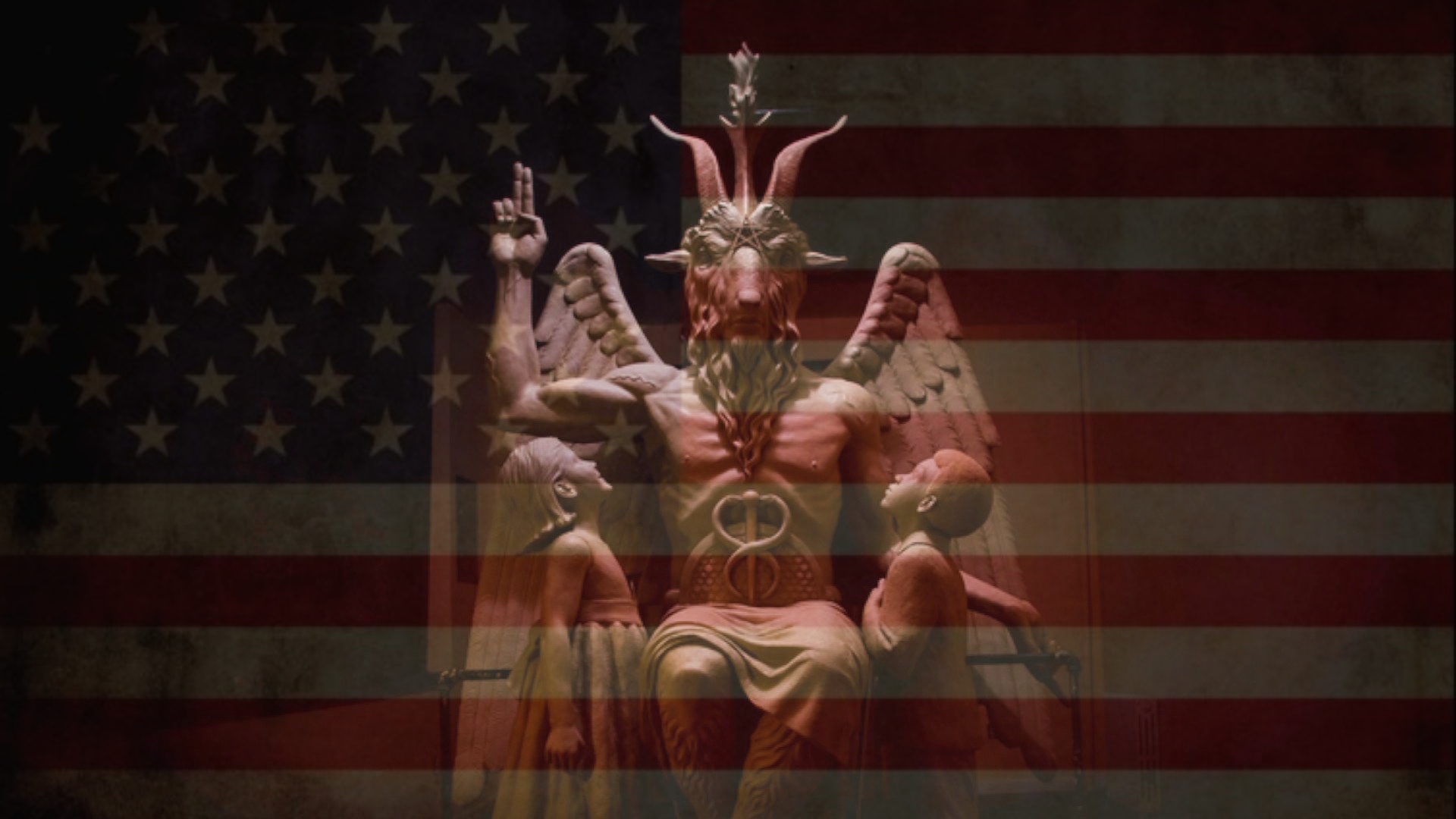 An image made in the likeness of the dark lord himself, aka, Lucifer: The Fallen, The Morning Star, The Great Deceiver,  Old Nick, Mayor of Hell, Apollyon, briefly appeared outside the Capitol building in Little Rock, Arkansas, yesterday, and it was magnificent.

The “Satan Went Down to Arkansas” rally, held by the Temple of Satan (bless them), showcased a giant statue of Baphomet – a deity linked to the Knights Templar in the early 14th Century – which they hope to install permanently to live side by side with a controversial statue of the Ten Commandments that currently adorns the grounds of the state Capitol. 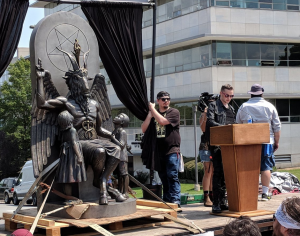 The statue of Baphomet proposed by the Satanists has been in response to Arkansas State Senator Jason Rapert’s successful campaign to place a sculpture of the Ten Commandments on the grounds of the Arkansas State Capitol. In justifying his decision to support the placement of religious iconography on public property, he said in a Facebook post, “Due process was followed to the letter of the law when the Secretary of State and the Capitol Arts and Grounds Commission held a series of open and public meetings to gather input on the placing of the Ten Commandments monument.”

In the same post made yesterday, he also refers to the groups of Satanists and their magnificent statue of Baphomet as “extremists” and called them “profane.” For their part, the Satanists have framed it as a matter of free speech, not one that places any specific value on “satanic” theologies. The co-founder of Satanic Arkansas, who was at the rally yesterday, told US News and World Report that, “if you’re going to have one religious monument up then it should be open to others, and if you don’t agree with that then let’s just not have any at all.” In his opening remarks, Temple of Satan spokesman and co-founder Lucien Greaves thanked Rapert, claiming that without his push for the Christian monument there would be no legal precedent for them to place their own statue. Addressing the crowd, Greaves said, “Baphomet is not an attack on the Ten Commandments. It is an insistence on equality under the law.” 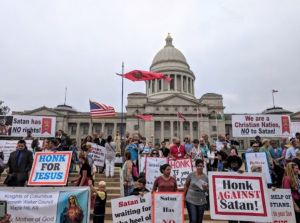 The issue will now be decided in the courts in what is likely to be a First Amendment case that will have serious ramifications on how the separation of church and state is decided. Earlier this year the Satanist tried to join a case the ACLU already brought against the state of Arkansas, but for reasons unclear the ACLU asked the courts to “bar the intervention.”

Regardless of legal outcomes, the Satanists seem to be winning in the court of public decision. As one commentator on Rapert’s Facebook page put it, “The profane is pretty awesome though. Hail Satan.”