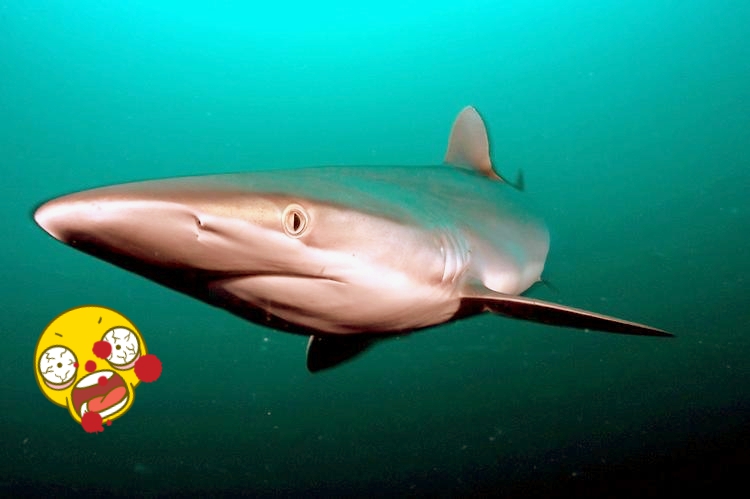 In a summer full of ecological terrors, from gigantic hogweed terror plants to snakes emerging from toilets, to an increase in snake sightings throughout the Commonwealth, along with great whites being pinged off the coast; now a dusky shark washed up on the shore of Resort City. Coincidence? Only if you believe in that kind of thing.

According to the Virginia Pilot, on Sunday right after the tide had receded, swimmers on the North End of the beach started yelling and screaming “shark”. American hero Chet Meachum, who moonlights as a lifeguard in-between his job as a mortgage banker was quoted as saying, “it was like a scene out of Jaws.” Climbing down from the iconic lifeguard stations on Virginia Beach’s oceanfront, he promptly ordered everyone out of the water, telling the Virginia Pilot, “You could see the dorsal fin and the tail in the shorebreak.” 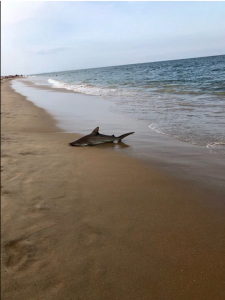 Meachum said the shark washed up on the beach and when people crowded around it, he nudged it back into the water with a buoy. For anyone who has ever watched “Sharknado,” “Ghost Shark,” “The Meg,” or any other cinematic masterpiece surrounding Selachimorphas, what comes next is wrought with terror: that moment when you think the shark has perished – only to find it has one last bite in them – taking an unsuspecting tourist with them.

Luckily that didn’t happen (this time) as Meachum’s supervisor, also an American hero, eventually pulled the shark (by its tail) back up on the beach as it floated down the oceanfront. The shark, identified as a dusky or Carcharhinus obscurus, by the experts at the Virginia Aquarium is considered long-distance apex predators. The Florida Museum at the University of Florida classifies them as potentially dangerous, saying, “Although it has been associated with few attacks, the dusky shark is considered potentially harmful. This is due in large part to its large size and tendency to inhabit shallow coastal waters.”

This shark sighting comes about a month after two great whites were pinged off the coast of Virginia and North Carolina by the Global Shark Tracker.