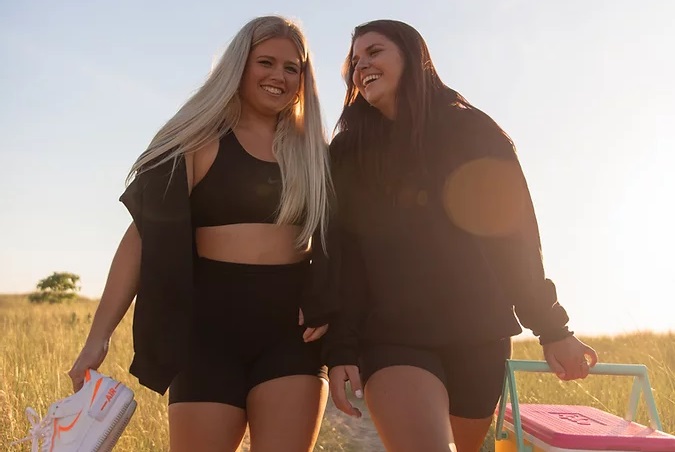 The Most Comfortable Hangover Cure Ever

Hangover Hoodies want to provide you with the perfect outfit for all your lazy Saturday mornings. “We hope you’ll have as much fun wearing them as you did making memories last night.”

If you’ve ever rolled out of bed on a Saturday morning with a headache and no desire to get dressed, Hangover Hoodies is here to help. Two recent college graduates have a new apparel company targeted toward good vibes and making memories.

Delaney Mountford and Katelyn Gerstenschlager have been friends since they played on the same soccer team at age five. They both grew up in South Bend, Indiana, and were inseparable until they went to different colleges. Delaney went off to Miami University of Ohio, where she studied Communications and Writing, and Katelyn went to Indiana University, where she studied Marketing and Business Analytics.

After graduating, Delaney came back to South Bend and went to business school at Notre Dame for a year while Katelyn got a full-time job in Columbus, Ohio. “Even when we were off at different schools or in different cities, we loved to visit each other and became friends with one another’s friends,” Delaney said.

When everything started shutting down because of COVID-19, Katelyn left Columbus and came back to work from home in South Bend. Delaney had just graduated from business school, but there were hiring freezes at all the companies where she had been interviewing, so she was living with her parents and nannying in order to make money, she said. The two had talked about having some kind of side hustle, but didn’t know exactly what they wanted their product to be.

Delaney wanted to put her new business degree to use, and Katelyn works for a retail company, so they felt like they had enough knowledge between the two of them to start something in apparel, Delaney said. “We first came up with the idea in mid-May, and our first drop was July 10, so we put in a ton of work in those initial six weeks to get everything up and running.”

They started on hoodies because “we both love wearing them, and felt like there was a gap in the market when it came to moderately-priced hoodies that were really cool and interesting,” they said. Also, as recent college and grad school graduates, Delaney said they wanted a brand that would emulate how college kids and twenty-somethings feel when they’re out with their friends, having a great time.

“One thing about our company that has helped us a lot is that we fall under our target market,” Delaney said. “That makes it a lot easier for us to find content that we think will resonate with our buyers and viewers, and it also makes the design process easier because we base it off of whether or not we would actually wear or purchase what we create.”

They didn’t always plan on starting an apparel company and didn’t settle on it until they decided to match their skills and personal tastes into what they wanted to design. “Apparel is a really cool industry because there are so many different possibilities, and you can constantly change your designs to match trends as they evolve,” Delaney said.

Hangover Hoodies’ mission “is to bring you optimism and comfort in a way that reflects your dope personality,” according to the website. “Our aim is to create a culture of warmth and belonging, being representative of our customer’s favorite experiences.”

One early method of promotion Hangover Hoodies used was social media. When their TikTok went viral, though, it totally exceeded their expectations.

“We started off posting a few videos that would get basically zero views, and then all of a sudden, one of our videos got 150,000, and two weeks later one of them got 200,000,” they said. “And now, we have a video with over half a million​ views. That’s insane to us, especially because it’s so many people who are just like us.”

Both Delaney and Katelyn were both working full time when they launched the company, so when their TikTok went viral, they texted each other at work, and would just refresh the page over and over again. Both of them agree that TikTok is an amazing tool for small businesses because companies have the potential to reach an enormous audience without spending any money.

It takes around 20 hours to pack up and ship all the hoodies after each drop of new product, since they’re doing it out of Delaney’s parents’ basement. Having a free marketing outlet makes the whole process a little easier.

In addition to hoodies, the Hangover Hoodies website has a blog with articles about not just hoodies but other trendy topics like White Claw, playlists, and coffee. Although it’s just a blog now, they want to evolve it more into a whole brand over time, “because we just didn’t expect the reaction that we received from our followers,” they said. “People really resonate with the message of the brand and the feeling that we try to convey in our content.”

Delaney said that when they launched the company, they thought they’d sell 200 hoodies by the end of 2020. Only a few months later, though, they’re about to sell their thousandth hoodie. They also just guest-starred on The Golden Hour podcast, and are trying to work with a few other ones as well. “We’re also looking into developing our own podcast eventually, in addition to other products and services for our customers,” they said.

Hangover Hoodies is also eco-friendly and sustainable. “We recognize the impact that shipping has on the environment,” their website says. “All HH packaging materials are eco-friendly and either recyclable or compostable.”

Delaney and Katelyn were both were very conscious of how damaging fast fashion is for the environment, so their products are all shipped in 100% compostable mailers, with recyclable tissue paper and stickers to “make sure that [they’re] not contributing to the damaging environmental side of e-commerce.”

They also picked a price point that wasn’t cheap enough where people could wear it a few times and then throw it away, but not so expensive that it seemed unattainable for people to get, they said. “Because it is a high-quality hoodie with a slightly higher price point, we believe that people will be more likely to appreciate our handcrafted designs for a longer period of time.”

Their most recent drop was August 28th, but they typically restock every two weeks. You can visit them at www.hangoverhoodies.co, and on Instagram and TikTok at @hangoverhoodies. 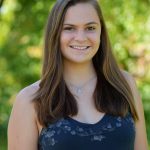