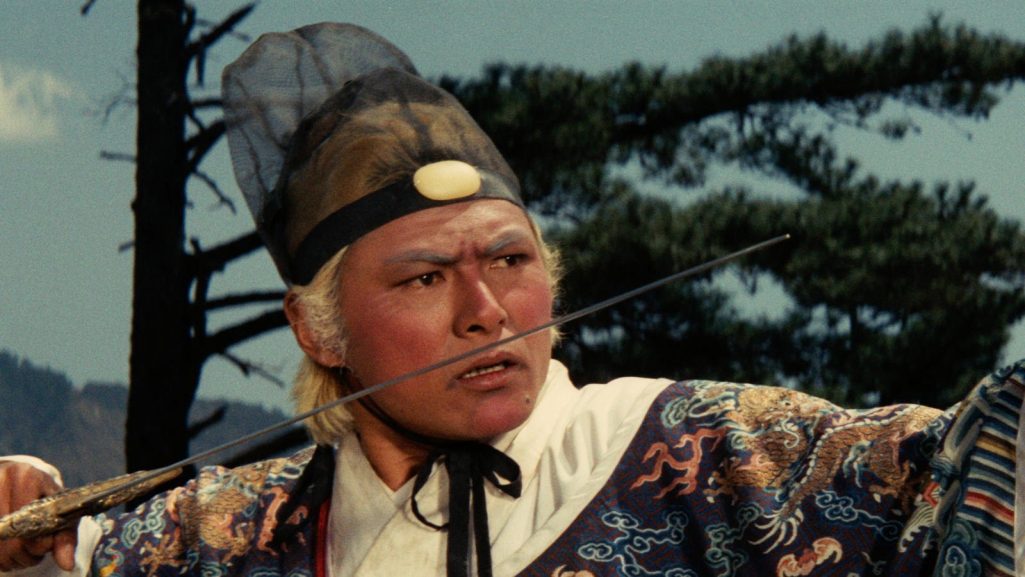 With his flair for visual storytelling, director Wong Hu helped redefine the martial arts genre of 1960s Chinese cinema, weaving together refined storytelling with dynamic action sequences. During the period, in a bid for more creative freedom from the political strife at the time and to fulfill his inner ambitions, Hu moved his production over to Union Film in Taiwan to create his next 1967 project, “Dragon Inn.”

Hu’s background, which included set-directing and screenwriting, prepared him for an ambitious task to deliver what was at the time an unparalleled display of wuxia action. In his career, he had a lot of heat with critical and commercial success from films like “Come Drink With Me” in ’66, and “Dragon Inn” was the eagerly awaited follow-up that would outperform its predecessors.

We learn through the narrative opening that “Dragon Inn’s” story revolves around a menacing eunuch, Cao Shin-qin (Bai Yang), who orders the execution of a ministry of defense, and while doing so, sends his troops to take out the minister’s three remaining children who are hiding at the “Dragon Inn.” It’s up to the rebellious Xiao (Shih Chun), a cunning master swordsman, Zhu (Lingfeng Shangguan), a formidable female rebel masquerading as a young boy, her equally opposing brother, to lend a hand in saving the day in this desert tavern. This all eventually leads to the end battle with Cao, who is seemingly unconquerable as his hair is white, showing that age can be deceiving in terms of a physical battle. Our headstrong warriors are more than willing to try to take down the supreme baddie, in all their psychedelic action fervor.

To say “Dragon Inn” has a lean narrative would be an understatement. The setting and players are in place, but not much else is really needed to tell the straightforward story christened by the aesthetically pleasing action. Majority of the cast do not have actual names, but they serve their overall purpose of creating engaging setups and grandiose swordplay between them. But to say the film doesn’t have character or dynamic cinematography would be unjust, as it beautifully shot and scenes between the characters are often playfully amusing. The musicality of the actions scenes is choreographed remarkably well and still hold up even contemporarily. Seeing our heroes get attacked and injured adds to the realism in a genre that is known for a level of mysticism and gravity-defying stunts. So while wonderfully staged and choreographed, “Dragon Inn’s” plot is at times a rather dull exercise, with somewhat shallow characterizations and motives herein the central characters.

The theme of doing what is right and helping others is not exactly fully examined or articulated beyond the film’s surface politics and rendering of good guys vs. bad guys. However, the change from old world superstition and fantasy to more of a realistic form of combat made for a more naturalistic approach worked in Hu’s favor. Specifically, how the camera movements and action are stellar and stylized subtly and compactly as not to distract and bring a level of realism that wasn’t quite realized at the time. The titular inn itself, bland and unremarkable outside of open spaces is particularly dull. This does add some counter-weight as the action is the central piece of entertainment.

But as a set piece, it really doesn’t add much beyond the premise of the film taking place in a single location. While that’s a retroactive critique, “Dragon Inn’s” national impact was rather high and brought about it a sense of vying for goodness and personal accountability with your fellow man despite what politics are at play and what the individual can accomplish. It is with that “Dragon Inn” sought to be not just a mere film, but more or less a fable for the times.

“Dragon Inn“ darts its way to the Criterion Collection following up King Hu’s last year’s entry “A Touch of Zen.”  While that film is hard to follow up, “Dragon Inn” holds its own with its meticulous staging and action arrangements. While it is certainly a precursor for what is to come in Hu’s filmography, it carves out its own brazen action identity rather well, as the length is also much more manageable than its 3-hour counterpart. “Dragon Inn“ is presented in a new 4K digital restoration, supervised by cinematographer Hua Hui-ying, and boasted by an uncompressed monaural soundtrack and new English subtitle translation.

The supplements include a brand new interview with actor Lingfeng Shangguan discussing her iconic appearance in “Dragon Inn” and working with director Hu. Included along with that is a 2016 interview with Chun Shih, talking about his career and specifically “Dragon Inn.” Also included is vintage newsreel footage of the film’s 1967 premiere, showcasing the film’s huge commercial and cultural impact. Rounding it all out is a visual essay by author and New York Asian Film Festival co-founder Grady Hendrix, a written essay by critic Andrew Chan, poster, and the film’s original trailer. A highlight in the Hu canon, “Dragon Inn” remains a classic in the Chinese action genre that pushed the wuxia medium forward.