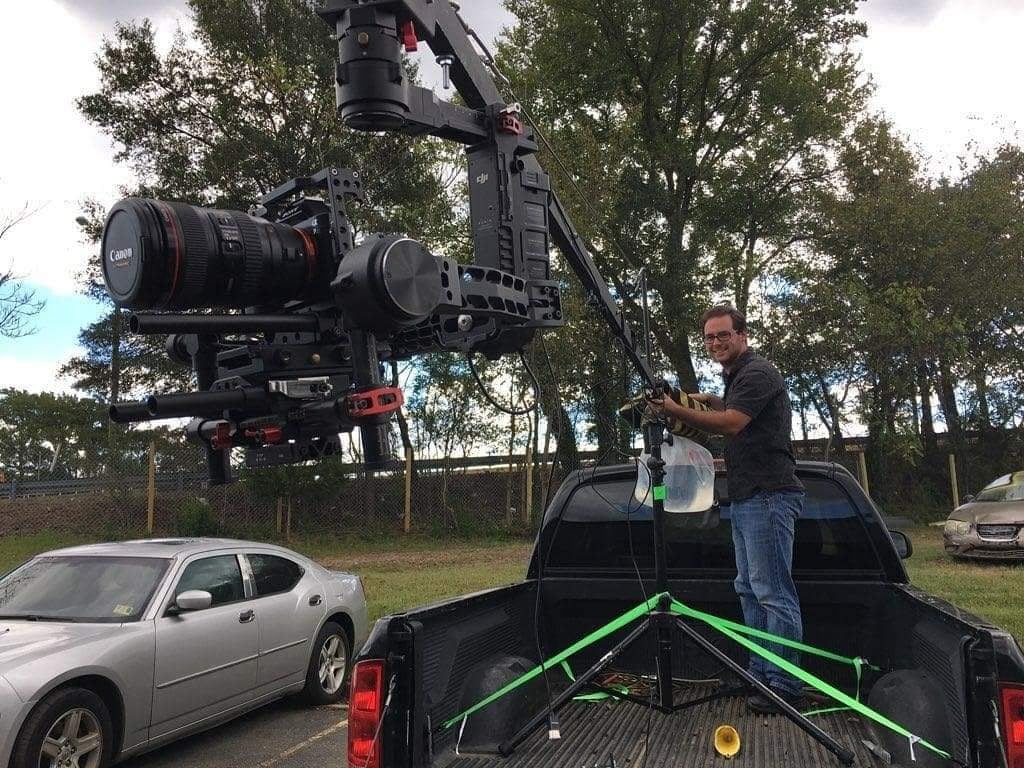 Richmond-based independent film production company Remember Tommy gets a lot done, but they keep friendship and love of their hometown at the heart of it all.

Austin Lewis and Dewey Collins of Richmond, VA embody what it means to have a dream and pursue it. Lewis, CEO and Director of up-and-coming production company Remember Tommy, enlisted his good friend Collins as an Assistant Director to help make their dream of making films and creating art a reality. Charged with spontaneous energy and charismatic passion, the company basically built itself – and found its clientele almost as easily.

Remember Tommy began as an ode to a fictional rabbit: “When I was in high school, I made a video about a rabbit named Tommy, trying to get people to be more sustainable about their electricity,” said Lewis. “When I started getting into making different productions, I knew my company had to be named after my very first project.”

Since their launch, Remember Tommy has embarked on many different video projects in the Richmond area, including short films, feature films, live concerts at the VMFA, music videos for local bands, even weddings. When they were starting out, they sometimes showed their determination and confidence by offering to do projects for free. This gave them the opportunity to prove to clients who weren’t sure about hiring them that they could do a good job. It also showed that their work is about something more than just making money. Lewis says he has to “take on fun projects – because if you do it all for business, then you start to dread the thing you want to do with your life. So it helps in remembering why I love filmmaking and want to make a career out of it.”

Lewis and Collins first met while taking filmmaking classes at John Tyler Community College. Lewis initially asked Collins to be a cameraman for one of his projects based on the work ethic Collins showed in class. Since then, they have been inseparable; best friends determined to share their work with the people of Richmond and beyond.

Both Lewis and Collins agree that Richmond is the perfect place to create their art. Lewis left Baltimore to come to Richmond because of the huge, supportive art, film, and theater community in this city. “The people in this city are incredibly talented,” he said. “There is a really rich community here that you cannot find elsewhere. They are really supportive of each other, and communicative. I think that is a big strong suit of RVA. There is so much inspiration anywhere you go in Richmond that is great for you to be able to draw from.”

Collins feels that the city fuels his creativity and drive. When he had to leave RVA for a while, he recalls that his creative drive took a “big hit.” “There’s something about being in the city and around so many creative people that really does help propel you forward, and I am so appreciative of that,” said Collins. “Everyone that I have worked with here has genuinely become a friend. It’s not like we are coworkers at a firm. We get the job done, we hang out, we party. It’s awesome.” As Lewis says, “New York is a great place to visit. RVA is home.”

Still, they enjoy working together. “He tells me when I’m in over my head,” said Lewis. “I contribute the realism,” Collins added. They have different strengths; Collins brings the procedural knowledge necessary to successfully run a business, while Lewis brings the creative vision. “We work well together because he takes every piece of advice I give to heart, which is something that typically would not fly with other directors,” Collins said.

One of their more successful projects grew as they continued to work with it. The project, Shanidar, is a 70-scene film that has finally made it to post-production after 18 straight long, hot summer days of filming. Thanks to fundraising, they were able to increase their budget and create a full feature film with much higher quality than they’d originally planned. “It was hectic, and it was hot, but we hit the sweet spot,” said Lewis.

Recently, they’ve had to work through the challenge of, as Collins says, “navigating the ever changing climate around us” where the ongoing COVID-19 pandemic is concerned. Actors and crew members contracting the virus at the last minute has at times required them to rework a job they had been planning for weeks. When these things happen, they handle them the best they can. As Collins says, the best way to do so is to take a moment, “sit down, and figure it out.”

Lewis loves that Remember Tommy’s name is a tribute to his long-ago rabbit creation. However, he understands that the business name does not clearly explain who and what they are. So sometime in 2022, Lewis will say goodbye to the ode to his first filmmaking inspiration and hello to a rebrand! In addition to a name change, the company will also expand their horizons for creative work. On top of the short and feature films they love to create, they hope to diversify, gain experience, and keep things interesting by taking on other photography and videography gigs around RVA – including weddings. Expanding their horizons should give them more opportunities to achieve financial success. Overall, though,  following their dreams, having a creative outlet, and doing what they love as a full-time job has been the most rewarding part.

If you would like to see more of the work that Remember Tommy has created, visit their website: remembertommyproductions.com.