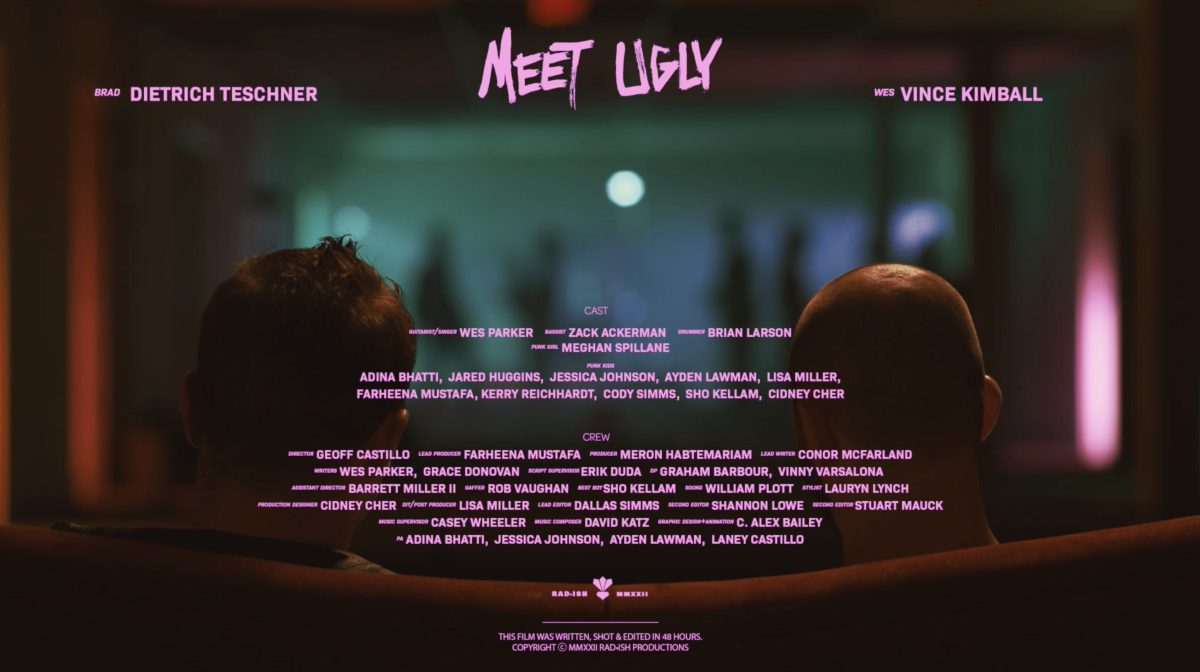 Your mission, if you choose to accept it, is to make a film in 48 hours. Depending on your natural disposition, this either sounds hella fun or like a huge trainwreck waiting to happen. Regardless of which category you fit into, there are always enough people up for the challenge to produce a fascinating crop of entries. Each year, one filmmaker is selected as the best of the field, and this year, it is Graham Barbour, director of Meet Ugly! We caught up with him after his win was announced to hear what he had to say about the experience.

R. Anthony Harris: Who are you and where are you from?

Graham Barbour: I graduated from UVA in ‘21 and have spent the past year in Richmond, up until last week when I moved to Brooklyn. Before that, I grew up on a farm on the Eastern Shore of Virginia.

RAH: Do you have a background in film and film production?

GB: My first experience in film was in a multimedia reporting class at UVA. I was given the assignment to make a mini-doc for class, and loved the challenge. I didn’t even know how to work a camera at that point, but I immediately knew this was something I wanted to pursue. I continued making documentaries, and eventually began shooting music videos and short films with my friend, Phineas.

As we were approaching graduation, I was toying with the idea of moving to LA and trying to make it in the industry there. One evening, Phineas suggested that we start a production company instead, and we ran with it. We started Sly Dog Creative last summer, and have been steadily building it since then. I try to balance running the company with freelance work on other projects, because I love learning from more experienced filmmakers while also having the creative autonomy associated with having my own business. This next year, I want to lean into freelance, which is part of the reason I moved to Brooklyn.

RAH: Have you done the 48 hour Film Project before?

GB: This is my first time doing the 48 hour Film Project, though I participated in a couple 72-hour [film] competitions at UVA.

RAH: How did you initially hear about the 48 Hour Film Project?

GB: The Virginia Production Alliance forwarded an email about the competition, and it was a great excuse to take a weekend to make something fun with my friends.

RAH: What was it like getting the crew together?

GB: I saw an ad for the film project, and immediately reached out to my friend Dallas Simms, who is an incredibly talented editor at Arts & Letters. He’s been working in the Richmond scene for longer than I have, and helped assemble some amazing individuals from A&L and various other film circles in the city. We ended up with a dream team. It was a fantastic experience working with so many creative professionals, and wonderful watching everyone dive headfirst into such a crazy competition. It’s cool to think that we started largely as a group of strangers, and that something as simple as making a short film together could lead to so many great friendships.

RAH: How quickly did you come up with the idea for this film?

GB: Our writers had the initial idea within the first couple hours of the competition starting, and we had our script by 3 am that night, though it continued to evolve throughout our production day.

RAH: What was it like showing your film in front of everyone? Were you feeling confident in what you did?

GB: I tend to get super critical of my work after it’s done, especially when it’s shown to a live audience, so it was nerve-racking to be in the theater for that. That being said, the audience reacted well, which was great to see.

Only having 48 hrs to make a film means accepting that not everything is going to be perfect. I think it was a great exercise in being flexible and surrendering control, and a good opportunity to make mistakes and learn on such an expedited timeline.

RAH: Now that you are the winner, what are you doing next?

GB: I’m going to keep working on projects that excite me, and try to take the time to pursue more passion projects. If it works for my schedule, I’d love to come back and do the Richmond 48 Hour Film Horror [Project] competition that was just announced. I can’t watch horror, but think it would be so much fun to make one.