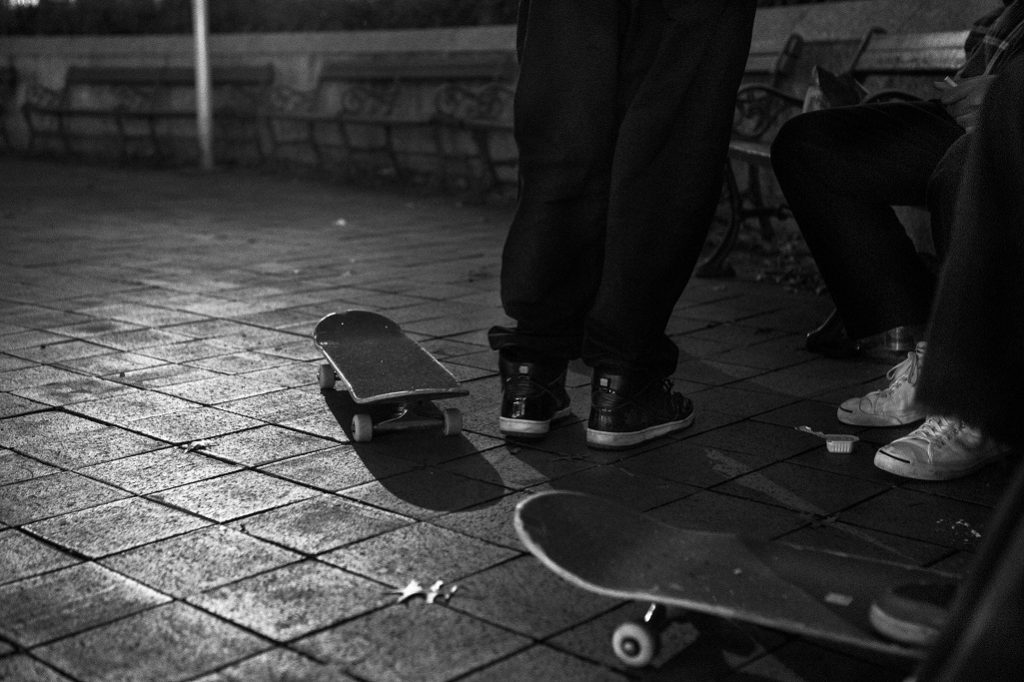 The pristine marble of Washington DC’s Freedom Plaza has made it a favorite spot year after year for street skaters in the DMV and all over the world.

Tattooed on Mikey Payne’s right knee is “13th and E”: the address of Washington, D.C.’s Freedom Plaza. As a teenager, Payne would skip school and head there to skate.

Now 27, working odd jobs, and travelling the country skating, Payne still returns to the place he and fellow skateboarders call Pulaski, after the mounted figure of a Polish general that watches over it.

The plaza is one of the most famous street skating locations in the world. There on Pennsylvania Avenue in the heart of D.C., just two blocks from the White House, skaters and pedestrians have a clear view of the Capitol building, ten blocks to the west.

Freedom Plaza has been visited by every president since it’s construction in 1835 and has seen countless protesters march across its marble. At one end sits the 15-foot tall bronze statue of General Casimir Pulaski, who fought with the colonists in the revolution, saved George Washington’s life, and is considered the “father of the American cavalry.”

Skateboarding is technically illegal at Freedom Plaza, which is policed by the National Park Service. However, every day skaters congregate to drink, smoke, and shred.

Every few hours the “whoop whoop” of a police siren sends the skaters scattering, only to return after ten minutes and resume skating. It’s just habit for the regulars.

“It’s an entire city block of some of the smoothest marble in the world,” said Aaron Brown, a 25-year-old Pulaski regular from Bowie, Maryland.

Payne, a veteran of the plaza for over a decade, has seen waves of skaters come and go.

“The people I hang around with now weren’t always here,” he said. “It’s up to a few of us to preserve the culture.”

To the world of street skating, Pulaski is one of a kind. According to Brown, today it’s one of the last skate-able plazas on the east coast. And every summer, people come from across the globe to skate Freedom Plaza. The regulars like to say D.C. is the best place to skate come summertime.

But if you plan on travelling to the nation’s capitol to skate Pulaski, Payne just asks that you respect the local scene.

And take his advice:  “Just skate fast and don’t be a kook.”

Hadley, originally from Roanoke, Virginia, is a photojournalism major at GWU. She's passionate about documenting issues of incarceration and restorative justice in DC. When she's not taking photos, she's spending time in nature or watching RuPaul's Drag Race.