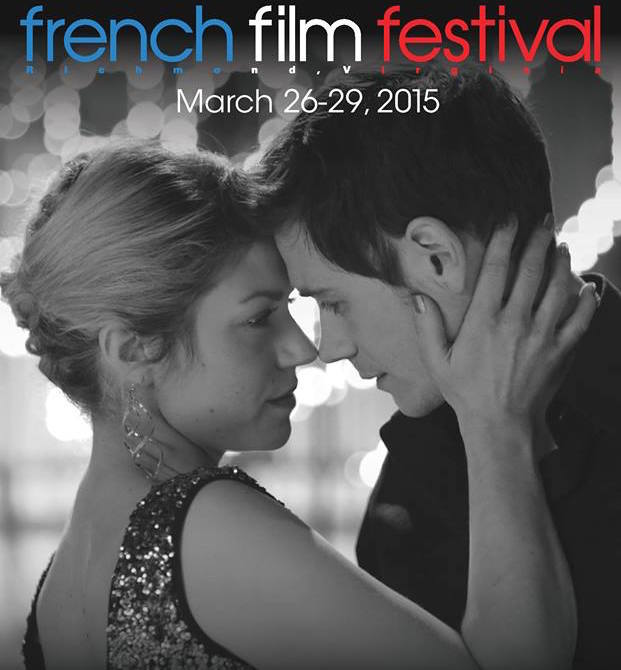 The French Film Festival starts this Thursday and we’ve picked six features which we think stand out among the many fantastic offerings available.

The French Film Festival starts this Thursday and we’ve picked six features which we think stand out among the many fantastic offerings available.

Read more about the FFF’s mission to ‘help humanity’ here!

Novelists, romance, double identity, comedy, and times of war, the French do not fail to give a compelling story – check out these trailers below and we’ll see you at the festival!

Beyond the six films mentioned below, be sure to check out the series of short films on Saturday and Sunday mornings as well. They run anywhere from less than 5 to 30 minutes and work in a variety of mediums.

In 2011, renowned French author Michel Houllebecq was rumored to be kidnapped while on a promotional book tour. It was the biggest news story in France at the time.

Check out this Bloomberg news article about Houllebecq possibly going missing after failing to show up for scheduled readings in the Netherlands and Belguim.

His novels are dark and delve into sex addiction, depression, and other controversial topics. This film is the author’s response to his rumored kidnapping. Houllebecq stars as himself in the film. It is a series of comical and strange scenes. It’s fictional, not true of the actual events. Houllebecq was inspired by the work of international terrorists to make this film.

He is not kidnapped by terrorists but by some big tough guys. His time at their flat is less than harmful and the kidnappers seem to have no motive. Like Houllebecq’s novels, topics of life and things of odd nature are threaded throughout.

Timeout London called it a cheeky response to rumors that swirled around the writer when he disappeared.

This is a pseudohistorical account of the true story of French Ethnologist Francois Bizot who was imprisoned in Cambodia in 1971.

Bizot had been working on restoring the temples of Angkor when he was captured by the Khmer Rouge. They accused him of being a spy for the CIA. During his imprisonment, the camp leader Duch becomes convinced that Bizot is telling the truth, and he’s in fact NOT a spy. Duch eventually lets Bizot return home to his family in France.

Some years later at Duch’s trial for war crimes, Bizot learns that Duch is responsible for the killings of over 12,000 people. The man that gave Bizot his freedom was also a mass-murder.

The Hollywood Reporter says this paradox of good and evil keeps the film resonating in our minds long after we leave the theater.

Set in 1943 in a French village town on the border of the Swiss Alps where German troops are stationed, Belle et Sebastien is based on a children’s novel and a TV series from the 60’s.

The main story is about a boy developing a bond with a dog that is believed to be the killer of a number of sheep in the area. Local farmers are looking to hunt the dog down but the boy puts him under his care before they can do so. The duo of the boy and dog help along with other villagers for the safe escape of Jewish refugees across the Alps to Switzerland.

Urban Cinefile Critics notes the film as heroic and nurturing in a war-torn Europe.

This is a fictional story of a real-estate broker, Sebastien Nicolas who leads a secret double-life to cover up the monotony of his boring suburban life. Instead of making changes toward a different career or lifestyle, he takes on the identities of others.

As a real-estate agent, he obtains documents from tenants containing a great deal of information about those people. He impersonates tenants: a florist, a violinist and several others eventually leading to a destructive ending.

The Hollywood Reporter calls this a taut Gallic suspender where an everyday man-of-many-faces [at the end] takes on his most daring impersonation of all.

Pas Son Genre (Not My Type)

Pas Son Genre is the movie featured on the French Film Festival poster.

This is a romantic story of two very different people sparked from an unlikely meetup. Set in the city of Arras, France, a young philosophy professor, Clement, transferred there from Paris to teach for a year.

With Arras not being as exciting as Paris, Clement has trouble finding things to do. He meets a local hairdresser, Jennifer, and they begin a romance. Clement is into French literary theory and Jennifer is into pop culture and American music. Will the relationship work?

The Times Colonist says this film breaks from the dominating cliché of weird European or dark and disturbing when it comes to festival films.

A new rendition of the 1857 classic novel Madame Bovary, the story of a woman, Emma Bovary who had multiple affairs to cover up the emptiness she felt in her life.

This film is a modernized version of the novel, called Gemma Bovery.

Former Parisian publisher Fabrice Luchini moves back to his hometown of Normandy with his wife to take over the family bakery. His move to Normandy was to escape the hustle and bustle of city life. Instead it brings boredom, until a young couple moves in across the street.

Luchini also has an obsession with Gustave Flaubert, a main character in the novel Emma Bovary by Posy Simmonds. He falls for his neighbor, the young woman Gemma Bovery, who ends up following a similar trail to the novel character Emma Bovary.

O.Canada.com calls it a rebirth of the character Emma in a modern context.