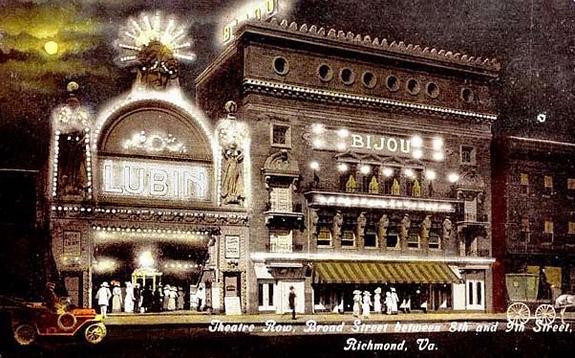 On September 21st, the Bijou Film Center, a small up and coming unique theatre group co-founded by F. T. “Terry” Rea and James Parrish, is presenting The Beatles film A Hard Day’s Night, which just celebrated its 50th anniversary in July.

On September 21st, the Bijou Film Center, a small up and coming unique theatre group co-founded by F. T. “Terry” Rea and James Parrish, is presenting The Beatles film A Hard Day’s Night, which just celebrated its 50th anniversary in July. A Hard Day’s Night is a 1964 comedy starring The Beatles, and was included in Time Magazine’s All-Time 100 Movies. The film’s sound and black and white picture have both been newly restored, and the restored version will be screened at The Byrd Theatre at 6:30pm.

After the movie, the festivities will continue on at the New York Deli, where The Taters will perform two sets of live music–and yes, they will perform covers of some Beatles material. If you’d like to get the party started a little earlier, all are welcome to attend a happy hour at Portrait House that begins at 4pm; admission to both the New York Deli and Portrait House is free.

The idea for creating Bijou Film Center started about two years ago, but the dream and the passion for film started much earlier on for both Rea and Parrish. “Film Center, to begin with, implies more than just a theater,” said Rea. “The dream started with wanting to establish a little 100-120 seat storefront movie theater in the arts district.” The two realized, though, that while movies were their passion, they were going to need more than just that to bring audiences to Bijou. “You need to be able to make money more than just one way, and although we’re going to be non-profit, we decided a small café would be a nice add on,” said Rea. “After you watch the foreign movie that you love, instead of going somewhere else to have a beer and talk about it, you can just stay right there.”

The two wanted Bijou [which means ‘little jewel’ in French] to become a hub for everything to do with film, and to bring this small film theater back to the way that movie theatres were at the turn of the 20th century in Richmond, before Hollywood took over. Parrish said, “This idea of a storefront cinema really goes back to the beginning, before these big ones were being built. We want people to realize movies aren’t all about being big, they’re about small–not just in size, but that the film doesn’t have to be about box office grosses.”

Bijou plans to show a variety of films, covering all film fanatics’ wants and needs. This would include local films, short movies, documentaries, classics, and foreign films, and even transferring people’s old super-8 films so that they’re watchable again–and not just on a projector that could eat the film. “Both of us became very aware that there was a need [in Richmond] for a clubhouse for film people, for people that are film buffs, people that make films, people that want to learn about films, people that want to take grandpa’s old super 8 movies and be able to see ‘em,” said Rea. “That’s what we’re creating. We want to help people that are trying to involve themselves in film in a creative or artistic way.” 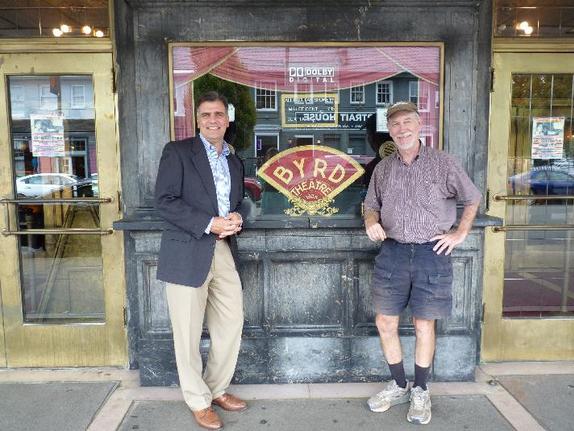 Ideally, both men said, they would like for Bijou to become a hub of information about what’s going on in RVA, and become a clearing house for anything at all to do with making or watching movies. They’d like to create the same film community in Richmond that was around and thriving in the 70’s and 80’s. Rea and Parrish give credit to VCU for evolving Richmond back into a sophisticated market for film, saying that so many of these students and professors come from places with independent art houses that they know how vital it can be to compliment a university.

So why debut themselves by showing The Beatles’ A Hard Day’s Night, instead of, say, a foreign documentary? “It’s a great film!” declared Parrish. “We’ve both seen it and both loved it. It’s a fun movie. It’s got comedy, a little bit of the Marx brothers, it’s got silent comedies that we both love so much, but it also looks like a French new wave film. It has a really artful look, and it’s well edited… It’s a precursor to music videos, the rapid cutting styles was, at the time, innovative and new-–fresh.” “Oh it’s very stylish, and at the time it came out it was very influential,” Rea added. “And it’s The Beatles,” said Parrish. “When you look at that combination of what this film has, it’s everything that we think the Bijou’s about: pop culture, art, high energy, humor, and fun. We’re going to show obscure films that will only draw 50 people or so, but to start us off, we thought that this would be a good way to get people excited.”

Currently, the Bijou Film Center does not actually exist in physical form. However, Rea and Parrish have already filed the paperwork to establish themselves as a non-profit organization, and have decided that while they’re looking for a space and raising money, they wanted to rent a space at Anchor Studios in the arts district so that they could get started on transferring people’s super 8 films. “It’s important to us to become a part of the film community before the theatre even exists,” says Rea. “Who knows, maybe the actual theater never even happens. We hope it will, but maybe all we have is a great little film transfer business, and will be a film center without the theatre. Rather than wait for angelic investors to appear, we want to do something we can control. We think for right now, this will help us build interest, and people will get to know us better and understand what we’re trying to do. Then, it will take on a life of it’s own, and take us where it takes us.”

The Bijou Film Center’s screening of A Hard Day’s Night will take place at The Byrd Theatre, located at 2908 W. Cary St. in Carytown, on Sunday, September 21. The film will be introduced by Rea and Parrish at 6:05pm, followed by the screening at 6:30. Advance tickets will be available until the day of the show for $5 at Bygones Vintage Clothing, Steady Sounds, and can be ordered online by clicking HERE. If you choose to get your tickets at the box office, they’ll be $7. The Byrd Theatre Foundation and the Bijou Film Center will split all proceeds from the ticket sales of the screening.