BlackLiq's 'Madness': A Career Highlight For One Of Richmond's Most Prolific Hop Hop Veterans - RVA Mag 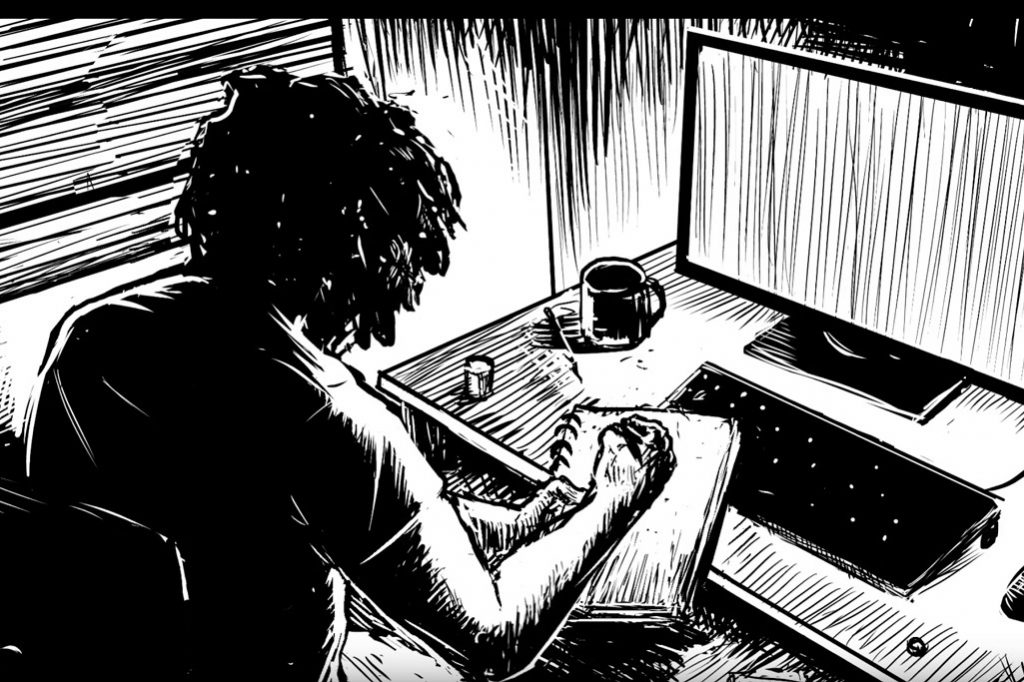 BlackLiq’s new video, “Madness,” combines some of his strongest lyrics yet with an powerful animated visual sure to burn itself into your memory.

In a city full of great hip hop, BlackLiq‘s name has been at or near the top of the list throughout the past decade. He’s charted the transition the river city’s been through over that time, from “Richmond” to “RVA,” and documented his own growth during that time through intensely personal lyrics that are at times uncomfortably revealing but always highly relatable.

This is a lot of what’s given BlackLiq such longevity in a scene that sees so many rise and fall over relatively brief periods. But it’s not just his talent — it’s his continued productivity. As host of WRIR’s Hip Hop For The Rest Of Us, BlackLiq has been bringing the city’s rhymers together to fill the late-night airwaves with razor-sharp freestyles on a weekly basis for quite a few years now, and this year he’s been charting his own evolution as a freestyle rhyme-spitter by releasing one new compilation per month of freestyles he’s laid down on air. The series, called NOW, is up to Volume 10 so far, with two more left to go before we ring in 2020.

But that’s not all BlackLiq has going on musically; he’s also in the process of putting together his next studio album, The Lie. Whether this new single, “Madness,” will be on it is an open question, but based on its sheer musical quality, I would be happy to hear an answer in the affirmative.

On a strictly musical level, this track is one of the best BlackLiq’s ever given us — and might reach a new level in dark personal revelation when he tells us in the first few lines that “My mom sleeps on my couch every single night, and when I come home late, I check if she’s alive.” Pairing these lines with an ominously powerful backing track, produced by the late, great Honorable Sleaze, makes for an incredibly hard-hitting track that stays with you long past its running time.

The video for “Madness” takes things to another level entirely. Its stark black and white animation, created and animated by Derek Stewart with visual effects and editing by Ason Intrigue, pairs scenes from BlackLiq’s daily life with harrowing moments of hallucinatory terror, in which he is chased through his own mind by monsters and horrific visions of his own end. Anyone who’s struggled with depression and fears of inadequacy and failure will understand where Liq is coming from on this track. Listen to it, watch the video, and keep an eye out for The Lie, coming soon.