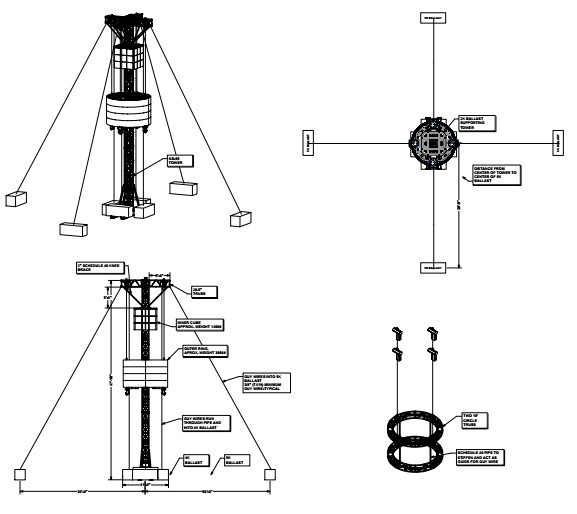 “We built some of the critical parts of it in our shop… but it’s never been put together before,” said Andy Rougvie from Light Action Productions, the company building the main attraction at the 2015 #RVANYE celebration. “It’s new and cool and exciting.”

Rougvie shared a few details about the 50 foot tower which hopes to attract as many as 15 thousand spectators to downtown RVA on December 31st.

Two LED screens, one at the top and one at the middle, are attached to the tower. The top screen is a square, and the bottom is a circle.

At midnight, the two will move and change places. Lighting and smoke effects will accompany the move, as will other surprises which Rougvie said are still a secret.

Rougvie said this couldn’t compare to any of his company’s past projects. “It’s copying the NYE Ball in NYC, but it’s different,” he said. “No one’s really done this to this scale before. It’s a new adventure.”

Rougvie and friends started working on the concept back in June, and he said the project hopes to bring something totally unique to celebrate the holiday in RVA.

It’s going to take about 10 hours to erect the monument to 2015, and Rougvie and friends will be making the trip and start assembling the tower tomorrow.

Expect some exciting video graphics, the company of plenty of new friends, and one awesome NYE you’ll never forget this Wednesday night.