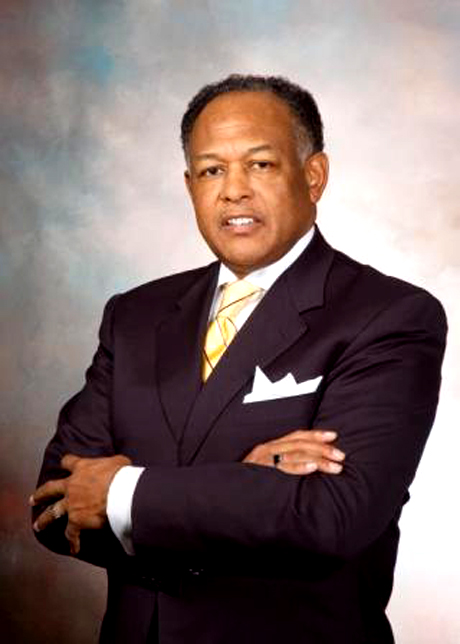 A Letter from Save Richmond to Mayor Dwight C. Jones

Congratulations once again on being elected mayor of the City of Richmond.

We trust that, four months after being sworn into office, you’ve finally finished unpacking all of your boxes and have placed all the personal photos and plaques of achievement exactly where you want them. By this time, your secretary should know exactly how you like your coffee, you should have finally figured out the city computer system, and you’re well on your way to memorizing the first names of most of the people who will be working for you in your new position. We are hopeful that, with all the Human Resources stuff out of the way, you are now completely settled in with your pencil sharpened, and that you are now ready to be Richmond’s mayor.

Getting used to a new job with added responsibilities can be a real trial. So we totally understand how it is. And we aren’t pushing or anything.

But we were wondering if you had a timeline in place for when you are finally going to grow some balls?

Beyond recent forays into killing area nightlife and scaring local non-profits — small fry stuff — you’ve been a real non-factor so far. Of course, we realize that you’ve been busy cleaning up a lot of unfinished mess. But other than making citizens aware that hizzoner has added some new material, notably “Kumbaya,” to the ol’ rhetorical repertoire, you seem to be completely missing in action from the bully pulpit.

We don’t know if you’ve been reading the papers but your planning director, Rachel Flynn, is currently under attack from members of city council, who have called for her resignation. Ms. Flynn’s crime? Speaking up for the thousands of citizens who support the Downtown Master Plan, and refusing to buckle under to one particular condo developer who has heretofore gamed the system at every turn. In their version of the budget, the city council even seeks to eliminate your proposal to purchase the land that is at the heart of this dispute with Flynn — it’s a key plank of the Downtown Master Plan, a piece of public policy that you claim to support.

It’s been a week and you’ve said nothing, done nothing, about any of this. People are starting to wonder where you are. Which is why we ask about the balls.

There are a number of different ways to enter a new job, and you have elected to start quietly, some would argue meekly, in your first months. This “dip a toe in the water” method has no doubt been a cosmetic attempt to differentiate yourself from your predecessor, who seemed to employ a highly confrontational style of governance that we’ll call the “Balls-first” approach.

City Hall has indeed been a friendlier, more inviting place of late, and we can attribute at least part of this to your outreach efforts to city council, and to the school administration, and to the governments of the surrounding counties. You wouldn’t want to show your balls too early, or for no good reason, and we respect that.

But no matter what anyone thinks about the idea of “cooperation” (it’s a two-way street), or how Doug Wilder might have defined the city’s executive powers, everyone can agree that checks and balances are key in a Democracy. At times, when forced, a leader who believes in something, and enjoys the support of the people, has to employ the full legislative and persuasive powers of his office to achieve his goals — he needs to grow a set, in other words. This is not “conflict,” this is part of the job of leadership (that’s why they call it a strong mayor).

With all due respect, your 2010 budget doesn’t always lead by example. $300,000 for Sixth Street Marketplace? Are we in a time warp? And, yes, we realize that you inherited a wicked deficit, but decreasing funds for teenage pregnancy programs in a city with a teen pregnancy rate twice that of the state average makes no sense. Still, the City Council’s alternative budget is worse. While it is heartening to see that you and our citizen legislators can agree on so much — and are discovering new and exciting ways to team up on others — there are a number of things in council’s version of reality that an unemasculated mayor would quickly challenge.

For example, our city council proposes increased funding for the Fan District Association’s “Party Patrol” — which proactively attempts to shut down parties in the Fan area. At the same time that it would fund these weekend snoopers, the council has joined you in calling for a staffing freeze for firefighters, and a decrease in the police budget.

You know where we’re going with this, Mr. Mayor. Would the city really increase the funding of a privately-run, constitutionally-challenged “patrol”… and at the same time reduce the resources of the city departments that would be forced to respond to it? That’s nuts.

If council has its way over your budget, $29,970 will go to the city attorney’s “continuing education.” Anyone who has followed his recent decisions can understand why the CA would need more schoolin’. You can even pinpoint exactly where he needs to do serious remedial work — in the areas of conflict of interest law. But why city taxpayers should have to pay for the council’s lawyer to keep up with the law is another question.

At the same time the council proposes this, it would cut (from your budget, Mr. Mayor) $274,087 in after-school programs for area schoolchildren and $10,000 from Adult Day Care services. It would take away bus discounts for seniors and it would decrease funds for both affordable housing and building conservation.

With all of these proposed cuts, you would think that city council would be ready to tighten its own belt and eat smaller portions. Right, Mr. Mayor?

You must not have met our city council. “We’ve got a lot of things we need to fund that take priority over more parkland,” Council president Kathy Graziano has said. I guess she means the $91,202 that she slotted in for a “City Council Policy Analyst,” an expenditure that all but loudly exclaims, “Boy do we have some balls!!” An unneutered mayor would halt that crap dead in its tracks.

These councilpeople do one thing very well — they reward the business community. In their budget, they propose giving $70,000 more to various business co-ops who have now bandied together as an “Economic Development Consortium.” The EDC is a varied crew of organizations — everything from Sportsbackers to Venture Richmond — many of them highly worthy, some of them with mixed records of achievement. We can tell you from personal experience that, for a coalition that is supposed to spur area commerce, this is not a group that folks at City Hall are very eager to publicize or to talk about. That’s very curious. Wouldn’t a mayor with some cajones at least ask to see results before further funding some of these groups? Wouldn’t he make sure that the public knows exactly what this “EDC” is and what groups are being funded before he allows council to throw any extra money at them?

We know that you want to be a positive guy and make your new friends on council happy — you just learned “Kumbaya” and everything. Believe it or not, there is a middle ground between the “going along” we’ve seen from City Hall in the past — indicted councilpeople, et al. — and the contentious feuding of the Wilder era.

Mayor Jones, it is up to you to find this middle ground.

But in order to do that, you will need to grow some balls. And soon.

Might we suggest sending a sharply-worded message to interested city council members that reafirms your strong support for the Downtown Master Plan? You can doodle a smiley face at the bottom of the press release if you want.

How about mounting a serious and aggressive stand against the Echo Harbor development during budget negotiations? You can do that while flashing a warm smile, can’t you?

And how about standing up for Rachel Flynn in your forthcoming State of the City address, and loudly announcing that she will remain as city planner until the end of your term? That would be a strong signal that you aren’t just some kind of grinning infomercial host — you’re the damn mayor!

We trust you feel comfy in your new plush office chair, and that you like the way the Key to the City feels in your hand, but it’s time for you to step up and be a leader.

For the sake of our city, it is now time for you to grow some balls.

Sincerely and respectfully yours,

The folks at S.R.