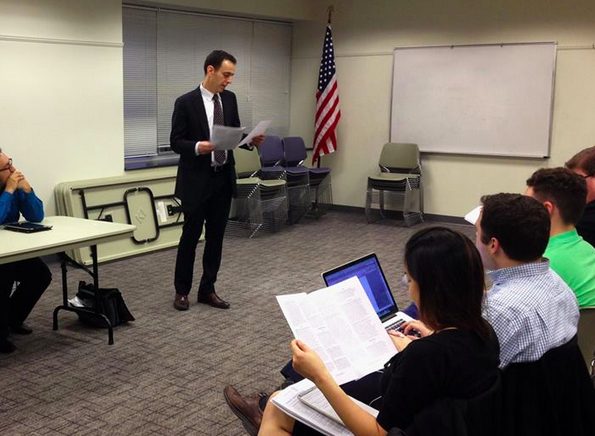 As minimum wage bills aim to push lower-income earners around the country above the poverty line, Virginia could join the fold.

As minimum wage bills aim to push lower-income earners around the country above the poverty line, Virginia could join the fold.

“Higher wages are the best way to stimulate economic growth, allowing people to spend more money and increase consumption that will boost the local, regional and state economy,” said Del. Simon in a press release sent out earlier this week.

If Simon’s bill passes, it would require all employers to pay a minimum wage of $15.15/hour by July 2015. After that, yearly increases would be tied to the Consumer Price Index, which Simon said would “ensure that the wage remains a dynamic amount that reflects current inflation rates.”

“If our neighbors see the benefit in investing in their workers, we should too.”

“Delegate Simon’s bill will help working families get ahead, not just get by,” stated Tram Nguyen of New Virginia Majority. “Raising the minimum wage would put more money into the pockets of hard working Americans, giving them more money to spend, which in turn boosts our economy.”

“The Federal minimum wage has not been indexed to keep up with ordinary inflation,” said Simon. “Although recent indicators tell us the national economy is growing, for too many their household budgets are not.”

HB 1512 is currently awaiting committee approval, and RVAMag will be following this bill as it progresses.