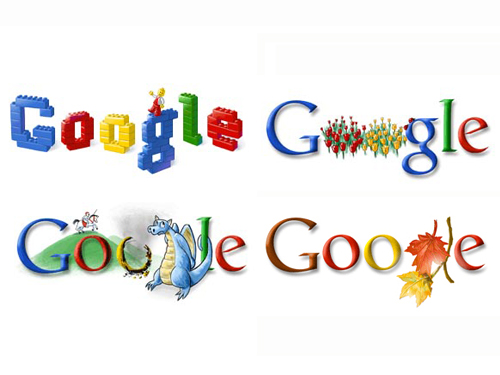 We’re all huge fans of Google Earth, G-Mail, Google Maps and the standard Google web/image search, but Google is capable of so much more!

We’re all huge fans of Google Earth, G-Mail, Google Maps and the standard Google web/image search, but Google is capable of so much more! One thing that has made the company stand out (besides their innovative technology) is that the company operates with a sense of humor. They’ve been pranking users on April Fools Day for years now and recently some of their more quirky products are making people smile.

Check out some of the rad Google products and other uh… “googly” things that make us smile. -LV

Mystery Google is a backwards search engine where one enters something into the search field and then receives the results from the search of the previous user. Your results go into the bank for the next user to find.

Recently Mystery Google has been creeping its way into the world of social networking. Some people are entering missions and tasks for future users. Examples include texting someone with a compliment, instructing users to start a dance party or directing users to websites. I searched “Pizzalicious Blog” and received instructions to text a person with a picture of an inanimate object with a mustache. I did. The person replied “Good work Agent. Mission complete.” 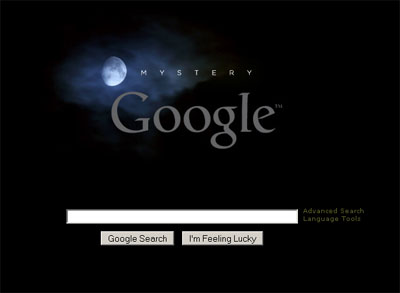 Would you rather read a website in your native language? Translate websites to virtually any language using Google Translate. 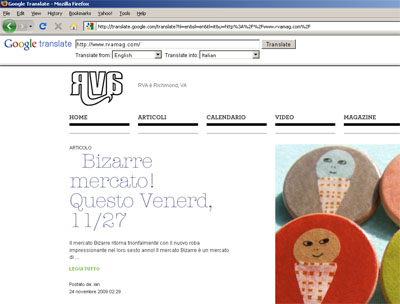 Search the full text of thousands of books and periodicals with Google Books. This November Google came to an agreement with the Association of American Publishers, the Authors Guild, and several other authors and publishers who filed a class action lawsuit against Google Books three years ago. This agreement will allow Google to include snippets, previews and purchase of in-copyright books to be easily found and viewed on Google. It will also help explore how users use the Google Books search for three types of books: in-copyright books still in print; in-copyright books that are out of print; and books that are out of copyright (or copyleft). This important settlement will also help Google fulfill its mission “to organize the world’s information and make it universally accessible and useful.” Read more about this agreement here.

Google four things at once! 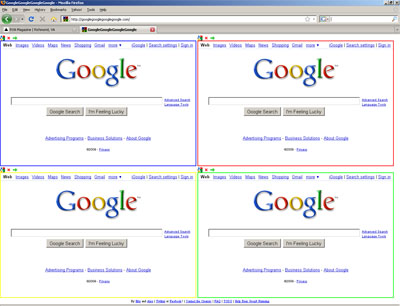 The free service is available 24/7 and works just like a regular 411 service would with some awesome additions. You can also have results text messaged to your cell phone from Google 411.

If you would rather not make a call, you can also text an inquiry to GOOGLE (466453) and they’ll hit you back with results. Google SMS works best for things like movie listings, stock quotes, local businesses, and it does take some time to get to know it. So take some time to practice. Try googling “Sushi, 23221” instead of just “Sushi.” For a list of useful shortcuts and tips, text message “help.”

Google SketchUp is a free, super easy software that you can use to create full color, accurate, 3D models of anything. Design projects, prototypes, architectural renderings, and more can be created with this easy to use program. It is great for engineers, architects and art/design students but I’m sure just about everyone could have fun with this one. You can even ad your structures to Google Earth when you’re done. Google Sketchup 7.0 was just released. 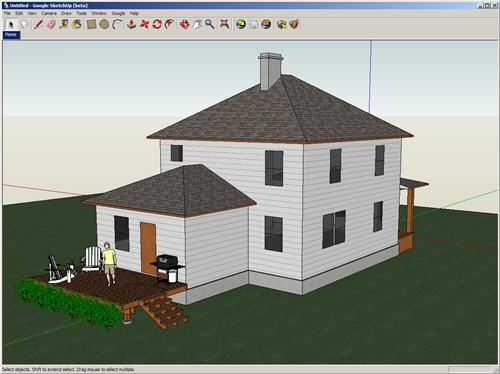 Google Sightseeing is not affiliated with or sponsored by Google, but it is pretty rad. You can sight see the world’s wonders, architecture, art, and other wacky images captured by Google on this site. We know you tried to lurk on nude beaches on Google Maps’ “Satellite View.” Whatever. We won’t tell. Just take the tour here instead. See also the Gelitin Bunny 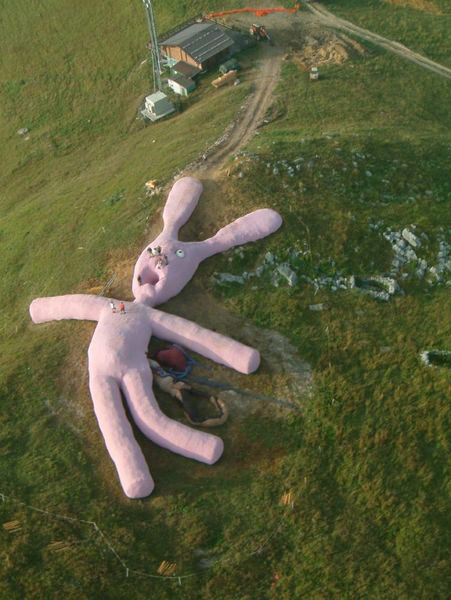