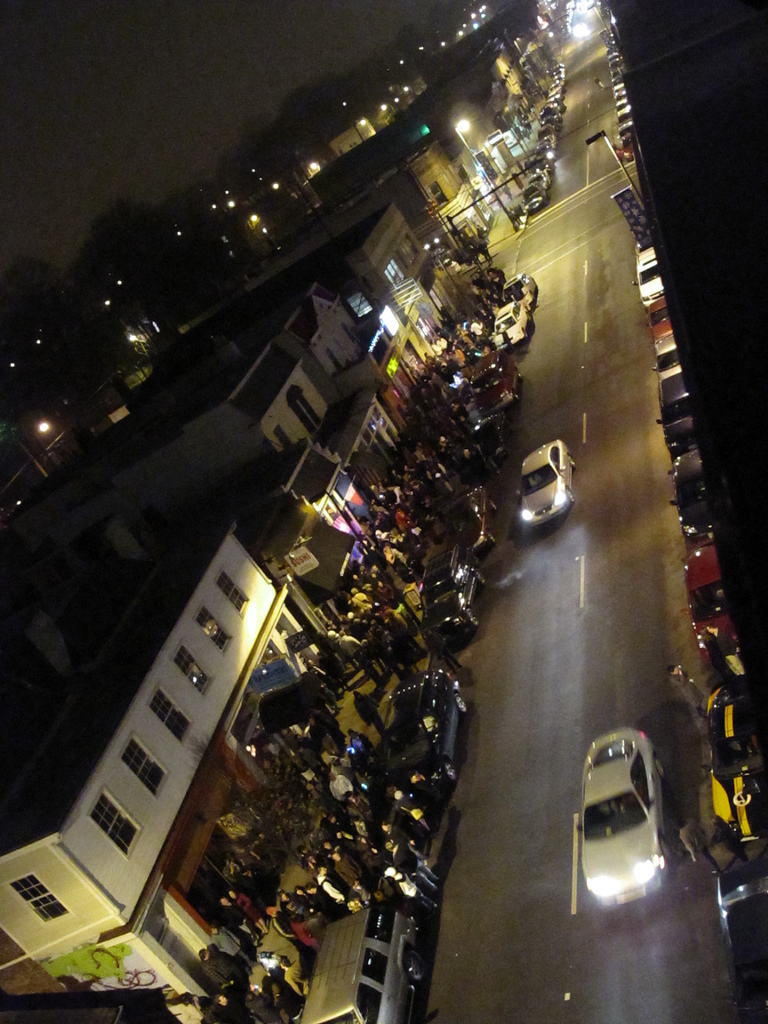 Guerilla NYE in Carytown: Having A Ball

On the eve of the New Year, something was brewing in Carytown.

On the eve of the New Year, something was brewing in Carytown. Local news stations announced that the Carytown Association would not be raising the ball this year, yet the buzz around town said otherwise. Early in the day, the ball was being set up atop of the Byrd Theatre by manager Todd Schall-Vess and the Richmond Police Department sent out their mobile surveillance unit. It was clear that with or without the knowledge of the Carytown Merchants Association, the ball was going up. When questioned about his actions by the media, Todd Schall-Vess simply had no comment.

Around 11pm, the sidewalk in front of the New York Deli was packed with partygoers waiting to get in. Across the street, the Ben & Jerry’s parking lot and the sidewalk in front of Double T’s were getting crowded and spreading into the entire block. As the night progressed, hundreds of people slowly made their way to the Byrd to take part in what felt like a rebellious new year. All of the local news stations were set up to catch the action. The attention was focused at the roof atop the Byrd Theatre, were one silhouette was moving around the now erect tower. 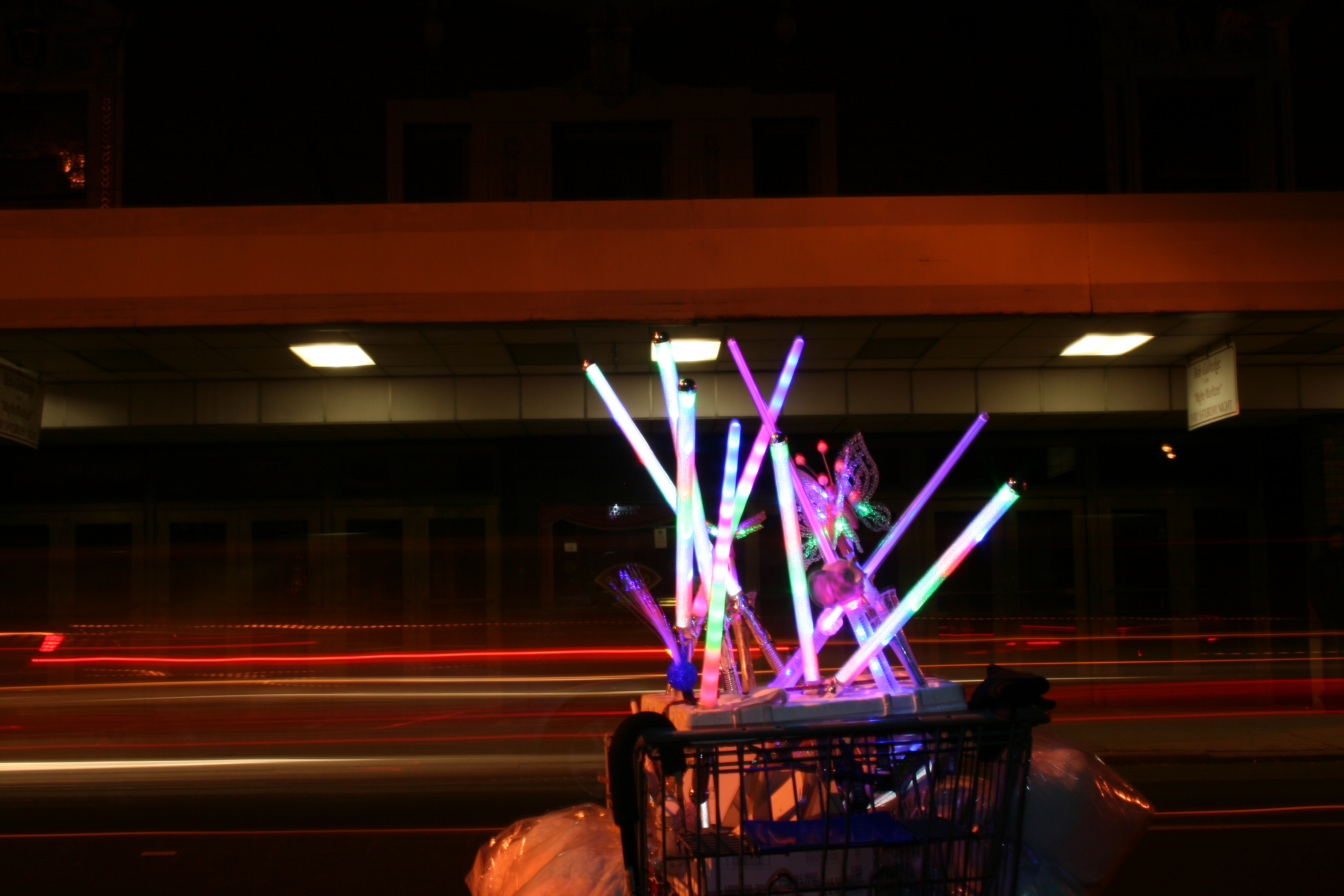 Richmond police spokesman Gene Lepley said during an interview on NBC 12 News that officers would not stop the Byrd from raising the ball and that people were permitted to gather outside the theater as long as they don’t block streets or otherwise pose a public safety hazard. “People are free to celebrate New Year’s Eve in a wonderfully safe way,” Lepley said.

Without the booze, or the music, or the “suggested donation” cover charge, people came in droves this year for what Richmonders are considering the best new tradition in the city. Everyone was in good spirits, even the Richmond Police Department. As the second hand moved on, the ball began to rise and the crowd began to roar! The New Year had begun with an impromptu party in the street with neighbors, strangers, and friends. Feather pillows and confetti flew into the air as supportive citizens celebrated the coming of the New Year.

Just after midnight, as I stood in the street, watching the happy crowd of just over one thousand dissipate, a familiar face came down the block. Todd Schall-Vess had come down from his tower to view the “carnage” left behind by revelers. Shouting came from all parts of the block, “Thanks, Todd! It was a blast! See you next year!” A few days later, I took the opportunity to speak with him to find out the inside scoop behind the NYE event and the controversy behind this year’s affair. 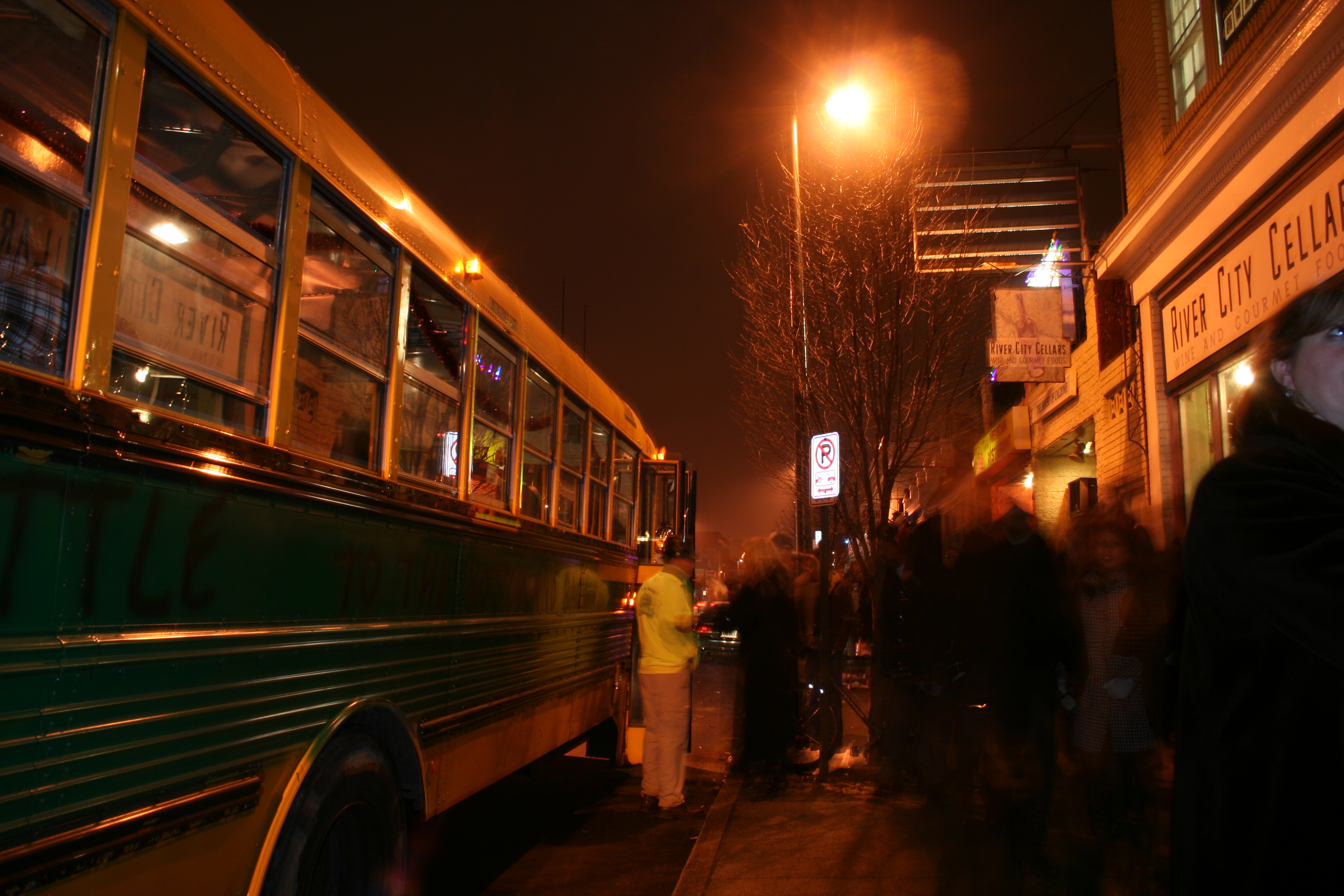 Many Richmonders were in Carytown for the first year’s festivities, and RVA readers may be familiar with the story. “Well, it was mainly RVA (Magazine) and the New York Deli thing. They came to me and said this is what we’re thinking about doing and wondered about doing a ball, and I immediately agreed to it,” said Schall-Vess. “I think even people that knew about it ahead of time didn’t really think it was going to go anywhere. I mean, quite honestly, I think those of us involved were surprised at just how many people turned out.”

The excitement and success of the first year’s event caused the Carytown Merchants Association to want to get in on the action during the second year. Ultimately, the first celebration was NYE in Carytown and the Merchants Association wanted to build on the success of the previous year and add elements of New York and New Orleans to our small city’s celebration. “All of a sudden, we popped up on the radar of all these city agencies who felt like they had something to say about what was going to go on down here,” said Shall-Vess. This attention led to city officials adding a hint of bureaucracy to the mix. Now, the Merchants Association had to deal with permits, scheduling conflicts, and costly over-time security, which all lead to the $50,000+ 3 year loss, and subsequent cancellation of the event.

And all of the attention this year was not focused on the New York Deli or RVA or even the Carytown Merchants Association; it was focused on the 100ft tall roof of the Byrd Theatre and its General Manager, Todd Schall-Vess. Regardless of the bureaucracy, “I wanted to make sure there wasn’t a year that we skipped,” said Schall-Vess of this year’s celebration, “and part of the reason that I wanted to insure that continuity was that the mayor went to a conference and the other mayors were like, ‘we’ve heard all about this wonderful New Year’s event’… it’s like, Oh yeah, you mean the one we’re not doing this year?” He continued, “The Byrd Theatre has been at the heart of everything that the community has done for over 80 years and there isn’t any reason why it and Carytown can’t continue to be the center of the New Year’s event.”

The future of New Years Eve in Carytown seems to be in the hand of city officials now. With the media attention and the recognition of nearby cities, perhaps Richmond will step up to the plate and help sanction this as an official city event. Local organizations, such as Venture Richmond, thrive on the development of the city and the enhancement of the standard of living for the community. This event does just that. Over the past three years, tens of thousands of local people have come to Carytown to support not only the party, but the businesses that helped put it together. Many bars and restaurants are able to stay open for a little extra revenue, as well as catering to folks whom have never ventured into Carytown before or for those who like to bar-hop but may have never tested the waters in Carytown. This experience may bring return patrons to the area, and in a struggling market, that means business.

After the crowds were gone and the city was quiet again, the ball remained on the roof for four days after the New Year. Shall-Vess explained, “The next day I ran it back up, and I left it up and lit for the weekend, because obviously there was a whole lot of press, and a lot of people didn’t make it out here, so I just wanted to have it up there so people could drive through Carytown and say ‘Look, there it is.’

“Going ahead and doing the ball despite the fact that there wasn’t an official celebration was my way of saying, ‘2009 ended up being a lot of things that didn’t happen.’ Not just the New Year’s celebration, there were a lot of things; there were businesses that went under, hard economic times and so forth. So, rather than ending the year and starting the new one with just an empty space, I wanted to say ‘Here’s a mark of continuity! This is the emblem for the ending of 2009 and the beginning of 2010, where we actually are going to do something! We’re not going to do everything that we hoped to do, but we are going to do something, it is going to continue.’ That is at the heart of what we in the city should be about, what we in Carytown should be about, and absolutely what we at the Byrd Theatre are about.”