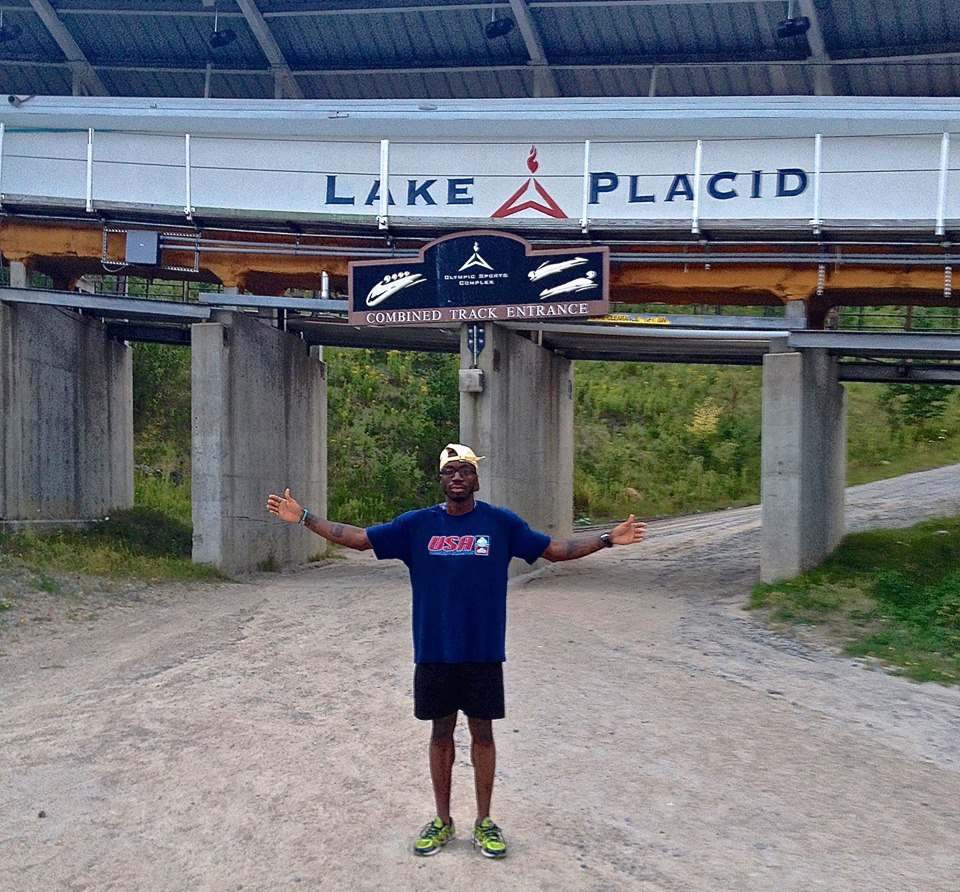 While thoughts of the Winter Olympics are far away for most red-blooded Americans, Richmonder DeAngelo Wilson can’t think about them enough. After a successful track career at VCU, Wilson wants to represent the United States, and especially Richmond, at the 2018 Winter Olympics in South Korea as a member of the U.S. Bobsledding team.

While thoughts of the Winter Olympics are far away for most red-blooded Americans, Richmonder DeAngelo Wilson can’t think about them enough. After a successful track career at VCU, Wilson wants to represent the United States, and especially Richmond, at the 2018 Winter Olympics in South Korea as a member of the U.S. Bobsledding team.

There are those who might think that bobsledding is best left to people from places where winters consist of more than the occasional wintry mix, but for Wilson, it’s no big deal. “I just have an amazing opportunity to go up, because a lot of guys on the Olympic team retired, so the importance to fill a new team was their first priority,” he said.

Though Wilson does admit that “Virginia isn’t a huge state for winter sports,” he believes he should jump at the opportunity.

When talking about his future teammates’ reaction, he said, “They look at me when I tell them I’ve never snowboarded, never skied, and they’re like, ‘Why are you here?’ And I was like, ‘Dude, to put my city on the map!’ That’s really what it’s about for me.”

So how does one go from track star to potential Olympic bobsledder? “A friend of mine, he’s a member of the skeleton team, and so we ran track together at VCU and he said, ‘Hey man, you should come up. I think you’d be a shoo-in for the team and you should come up and try out.’ So I went up, tried out for the team, I got invited back by the coaches to compete at the national championships,” Wilson said.

Training for the sports isn’t that different. “Training for it was similar to track and field. The only thing that’s different is that opposed to running on a track, I’m running on ice,” Wilson said. As for bobsledding itself, Wilson describes it as “a roller coaster on steroids, except there’s no hydraulics; it’s just all you. You’re basically just sliding down a mile of ice.”

Yet, for all his hard work, Wilson needs your help to make his Olympic dreams come true. “The sport of bobsledding is really expensive,” Wilson said, and, unfortunately, the money isn’t entirely there. “In all other countries, their Olympic sports are actually funded by the government, but here it’s only funded by a federation, a very limited-fund foundation, so we’re just trying to raise our own funds here,” Wilson said.

To help pick up the slack, Wilson has started a crowd-sourcing fundraiser on gofundme.com. “The account is mostly just for things that will help me further my chances of making the national team. Right now it’s kind of small, but you know, I think a lot more people will probably want to take a leap of faith,” Wilson said. “Even if you don’t donate,” Wilson said, “you can raise awareness,” so be sure to share Wilson’s page on Facebook and Twitter. “It’s a lot, it’s a whole bunch to undertake, but money is no object for me, because I feel that competing for your country is worth more than anything anyone can give me,” Wilson said.

If you want to support DeAngelo Wilson’s dream of being part of the U.S. Bobsledding team and bringing Olympic gold to Richmond, visit his gofundme page here. You can read more about Wilson’s story, see what your donations will go towards, and share Wilson’s page with your friends and family.