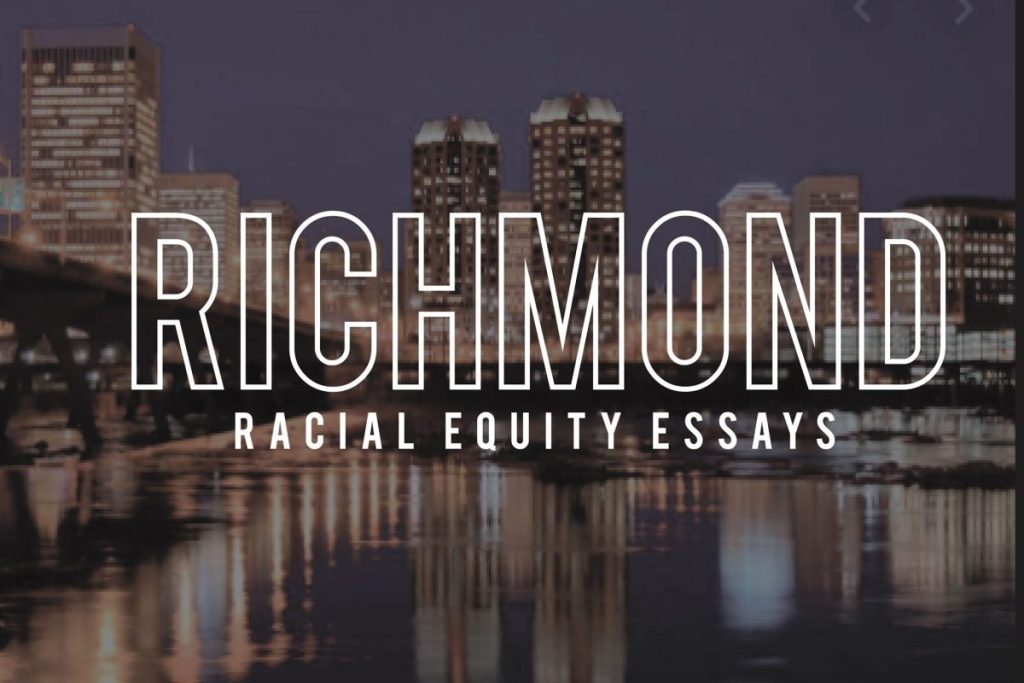 “Equity is more than access to resources; it’s a deep commitment to liberation predicated on self-love, self-justice, self-healing, self-determination, and compassion for others.”

I was born two years after the landmark Brown v. Board of Education decision, when the US Supreme Court ruled that racial segregation in schools was unconstitutional and therefore illegal. Yet, the Commonwealth of Virginia enforced a statewide policy, called Massive Resistance, to block school desegregation. As a public school teacher with more than thirty years of experience in the classroom and an educational leader, I’ve witnessed and researched the impact of racial and economic segregation on students of color, particularly Black boys. When I was a relatively new teacher, I started a program, called “Afrikan Males,” to counteract the inequities they face in school. They are more likely to receive harsher and more frequent discipline in school. They are less likely to graduate from high school than their peers.

The renowned educator Paulo Freire contends in his classic work, Pedagogy of the Oppressed, that “oppressed communities must be their own example in the struggle for their redemption. They must not become perpetrators; however, through a process of self-healing, they must uplift themselves.”  Massive Resilience is a framework and set of practices I’ve developed to build resilience for challenging systemic racism based on the universal values of Ubuntu, Sawubona, and Sankofa; centered on the principles of interconnectedness, inter-relatedness, and inter-resilience, which collectively promote compassion, courage, and creativity.

The purpose of this culturally responsive approach to equity is to deconstruct the hierarchy of human value based on skin color. Literally, the translation for Ubuntu is “I Am, Because We Are,” which invites a profound commitment to inter-connectedness or compassion. Likewise, the translation for Sawubona is “I See You, We See You,” which actually means, “I see your essence, not your clothes, or your position. By acknowledging you, I bring you into existence, just as your acknowledgement of me brings me into existence.” We exist as unique and valued people insofar as “we see each other” in the context of community, which invites a profound commitment to inter-relatedness and courage. When my freedom is determined by your freedom, we must fight oppression together. Sometimes, we must go back to the past to fetch that which is useful for the future, which is the actual meaning of Sankofa. This invites a sense of inter-resilience and creativity. The central focus of Massive Resilience is to create an on-going series of healing moments, of transformative cultural experiences, that produce a clear vision and path for Transforming Historical Harms in Virginia in general, and Richmond specifically.

The Problem of the Color Line

Our collective unhealed racial trauma in Richmond is deeply rooted in the historical harms caused by the lie of white superiority. This collective trauma continues to adversely impact the greater Richmond community as a whole. Dr. W.E.B. Dubois stated, “The color line is the problem of the 20th century.” Yet, we can see through the ubiquitous lens of social media that racial tensions persist in the 21st century, as the traumatic effects of racial oppression permeate the entire region.

This proverbial Color Line, which was first described by Dr. Dubois in 1919, elucidates how the value of human life is stratified, based on skin color. Black, Indigenous, People of Color (BIPOC people) have been struggling for centuries to survive in this toxic racial milieu. The collective harm caused by decades of oppression, poverty, overwhelming racial stress, adverse childhood experiences, and induced self-loathing produces symptoms on a communal level that include but are not limited to community violence, poor academic performance, high suspension rates, mass incarceration, chronic diseases, premature and excessive deaths that disproportionately impact BIPOC people.

I can only imagine what conditions must have been like for the first enslaved Africans, who were forced to live under white domination in the colony of Virginia. To have your address, name, family rituals, dignity, freedom to relate with the environment, and spiritual universe stripped away was shocking, traumatizing, painful, and overwhelming. It’s unfathomable for me to comprehend the depths of the inhumanity, narcissism, psychopathology and sociopathy that perpetuated more than 400 years of racial oppression against Black bodies, minds, and spirits.

Intra-racial Healing in Schools and Communities

Massive Resilience is formulated to promote intra-racial healing in schools and communities. Black people need a safe space to unpack the traumatic effects of systemic racism and oppression. Often, the souls of Black folks are not afforded the space nor “given permission” to address the traumatic effects of racism. When deep emotional wounds are not addressed within the safety of a culturally responsive social emotional environment, the effects can be detrimental and re-traumatizing. Hence, Black-on-Black [or intra-racial] healing demands that Black people reclaim their human dignity as people of African ancestry. Understanding historical trauma is essential for healing from unresolved historical grief and ongoing oppression and racial stress.

Massive Resilience provides a culturally responsive inter-disciplinary model that integrates four spheres of engagement: art, culture, education, and health; and encompasses four arcs of engagement: trauma healing, restorative practices, mindfulness, and artfulness. Synergistically, these spheres and arcs invoke a renaissance of consciousness, akin to the collective creativity of the Harlem Renaissance, which revolves around an Afro-Indigenous view of equity.

The belief that social status acquired from systemic oppression is a privilege can and must be counteracted through positive white allyship.  This kind of allyship emerges from white people building healthy relationships with Black people, Indigenous people, and People of Color through a process of interrogating racism, systems of oppression, and “whiteness.” Positive Allyship involves so much more than a workshop or a class on cultural competency, good intentions or motivations by guilt and shame. It requires honesty, openness, vulnerability, yielding control, and challenging racism.

Positive allyship demands white people speak up and speak out against the lie of white superiority. Audre Lorde insists, “your silence will not protect you.” In other words, an ally must be willing to acknowledge their limitations, accept responsibility for their complicity, and agree to do ally work. It takes more than a village to heal a child. We need allies whose liberation is aligned with ours. We need allies, to cross the color line and engage in the process of transforming historical harms, to be with us.

To do this, it is essential for allies to increase their racial and social awareness, particularly in the wake of Alton Sterling, Philando Castile, George Floyd, Breonna Taylor, Ahmaud Arbery, Tamir Rice, Trayvon Martin, Michael Brown, Oscar Grant, and so many others killed by police violence. How allies show up for BIPOC people is critical. An ally acknowledges that everyone has a birthright to human dignity, affirms the personhood of BIPOC people, and acts in specific ways to support racial healing processes, where BIPOC people can share their stories and express their authentic voices. The trauma caused by the peculiar color line will not stop until a massive effort is generated to address the historical harm caused by more than 400 years of physical, mental, emotional, and spiritual oppression.

The heart and soul of Massive Resilience is an arts-based paradigm that utilizes myriad forms of the Black Aesthetic for intergenerational trauma healing and mindfulness-based restorative practices. This emergent strategy rejects the hierarchy of human value based on skin color, defies the lie of Black inferiority, promotes the truth of Black humanity, equity of voice, racial healing, and embraces the transformative power of story as a shield for racial and social justice. We need more schools and community based organizations and spaces to support the strategy of massive resilience in order to realize the healing of Black people and communities.

As we emerge from the worst pandemic since 1918 and continue to fight the on-going epidemic of global racism, there is an urgent need for individual and communal healing. We need to do more than survive; we need to thrive and soar into the 2020’s. We must create an educational system that cultivates dignity, respect, and mutual concern for all students. It takes more than a village to achieve this. We need allies whose liberation is aligned with ours. We need allies to cross the color line and engage in the process of transforming historical harms. We need allies to advocate for Massive Resilience!

Dr. Ram Bhagat is a longtime educator, arts innovator, peacemaker, and community healer who has been teaching and transforming communities for 35 years. Dr. Bhagat is committed to healing trauma in our classrooms, schools, and communities. Ram is an international conflict resolution trainer, specialist in arts integration, and certified in restorative justice. He is a master teacher of culturally responsive peacemaking circles, racial healing, trauma awareness & resilience, yoga and mindfulness. In the early 1990s, Ram co-founded Drums No Guns, a world percussion ensemble using drumming, dance, and drama (3D) to engage youth in a process of “healing community with rhythm.” The Drums No Guns Foundation was established in 2017 to expand Dr. Bhagat’s work with youth and families traumatized from gun violence, by combining trauma healing, restorative practices, mindfulness, and artfulness. Dr. B. also started incorporating peacemaking circles along with the original junk-yard jam to create a sense of balance within schools and diverse communities.

This essay is part of the Richmond Racial Equity Essays series, exploring what racial equity looks like in Richmond, Virginia. It is reprinted here with permission. Check out the full project, the accompanying videos, and the podcast.

The Richmond Racial Equity Essays idea was inspired by and modeled after The Just City Essays: 26 Visions of Equity, Inclusion and Opportunity, an e-book of 26 Essays edited by Toni L. Griffin, Ariella Cohen and David Maddox and published by J. Max Bond Center on Design for the Just City at the City College of New York, the Nature of Cities and Next City. Using the Just City Essays as a model, urban planner and consultant Ebony Walden collaborated with Dr. Meghan Gough from VCU's Wilder School of Government and Public Affairs and urban farmer and activist Duron Chavis, to create a similar collection of 24 essays along with 7 video interviews and an 8-episode podcast series focused on racial equity In Richmond. We hope to capture voices from all walks of life and sectors in Richmond - from activists to academics, representing the diversity of the Richmond community. The goal is to explore what an equitable Richmond looks like, especially as it relates to racial equity and highlight the strategies that will help us get there. We’d like the ideas from the essays and videos to create a solid framework for advancing racial equity in Richmond, Virginia.