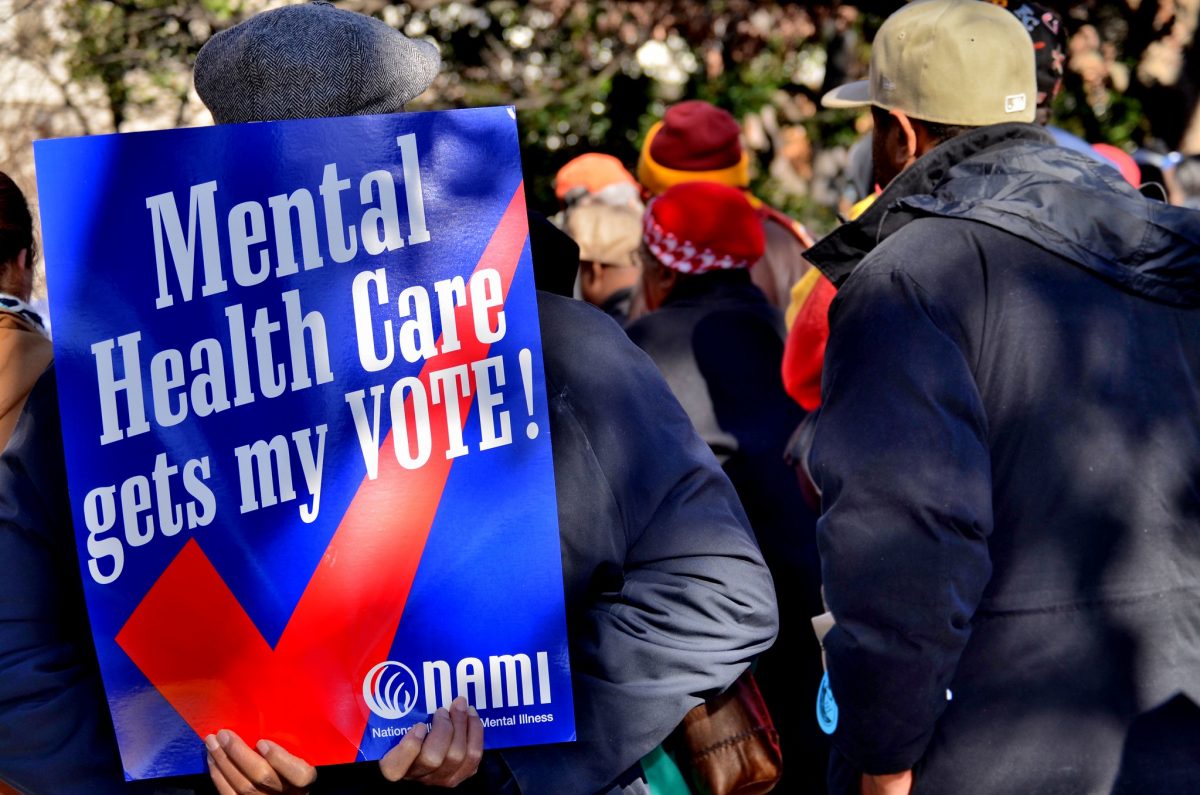 Black men are significantly underserved by the mental health industry in Richmond, but three different providers are working to change that.

“I think that because our systems have notoriously been unsupportive and even disregarded African Americans … there is a lack of trust there,” said Jordan-Cooley, a mental health clinician who mostly works with African American males.

With different backgrounds in mental health, Jordan-Cooley, Pugh, and Harris said they realized at a young age that there is a lack of mental health care access for African American males.

African American men die from suicide at a rate more than four times higher than African American women, according to 2017 data from the U.S. Department of Health and Services’ Office of Minority Health.

Jordan-Cooley grew up in Richmond’s Church Hill neighborhood and attended Richmond Public Schools, which has a predominantly black population.

“I’ve learned at a very early age that there was a pretty significant difference in how I was perceived and how people interacted with me versus many of my friends,” said Jordan-Cooley, who is white.

After graduating from high school, she attended Boston University and later left for The Evergreen State College in Washington with hopes of better aligning her values of environmental and social justice. She received a master’s degree in social work from Virginia Commonwealth University and now works as a mental health clinician for ChildSavers, a nonprofit that provides mental health services for children and their families.

Jordan-Cooley said her patient list is increasing. However, Virginia has a higher prevalence of adults with mental illness and a lower rate of access to care, according to Mental Health America, a nonprofit that addresses the needs of those living with mental illness.

According to the American Psychiatric Association, only 7 percent of African American males in the U.S. used a mental health service from 2008 to 2012, compared to 10 percent of black females and 11 percent of white males.

There are many barriers that stop black men from receiving mental health treatment. One of the biggest reasons Jordan-Cooley, Pugh, and Harris have found is that it’s difficult to find psychologists and counselors that look like them.

“I’ve met with some black male clients, like in my clinical work, and I’ve really noticed the value of sitting across from a black male therapist,” said Pugh, an assistant counselor at VCU University Counseling Center and psychology doctoral program student at VCU.

Dr. Shawn C.T. Jones, assistant professor in the counseling psychology program at VCU, said there also is a lack of trust in the healthcare field due to African Americans being the “guinea pig” for experiments in history, for instance the Tuskegee Study of untreated syphilis. The 40-year study included hundreds of black males with and without syphilis. Participants weren’t told of the study’s purpose and those with syphilis weren’t adequately treated for syphilis so the disease would remain untreated, even after penicillin was discovered as a treatment.

Poverty is an additional barrier. African Americans who live below the poverty line are twice as likely to have psychiatric distress, reports the Office of Minority Health. Data published in 2017 by the Centers for Disease Control and Prevention said 19 percent of African American adults between the ages of 18-49 could not see a medical doctor due to cost, compared to 15 percent of white adults in that age group.

After graduating from the doctoral program, Pugh plans to continue his research of racial discrimination in mental health services and possibly launch his own practice. He said he wants to look past the standard form of therapy and move toward a more informal treatment method involving community integration for men, women and children. As a short-term goal, he plans to coordinate with a few colleagues and male therapists to develop a database of solely male providers in the Richmond area.

“Unfortunately, therapy isn’t modeled to be a service for your entire life … the whole purpose of therapy is to give people the skills they need to operate, not just how they operate in therapy, but to learn those skills outside of therapy and apply it to their lives for themselves,” Pugh said.

Men to Heal and The Healing Hub

Pugh isn’t the only one looking to bridge the gap to mental health services for black males. That’s where James Harris comes in. A U.S. Army veteran who also has a master’s degree in clinical mental health counseling, Harris said he is on a mission to help black men seek help for mental health issues. His Men to Heal initiative helps make therapy accessible while educating the community that mental health must be a priority for black men.

According to the Substance Abuse and Mental Health Services Administration, in 2013 only 6 percent of psychologists and advanced practice psychiatric nurses, 13 percent of social workers, and 21 percent of psychiatrists were members of minority groups.

“I’ve been a part of the lack of treatment from providers who look like me,” Harris said.

“If you look at TV, you think therapy is like going to this office, you sit on the couch, and tell us about your issue,” Harris said. “So with me, it’s not that, it’s more us working together as a cohesive unit to try to identify the areas that you need assistance with.”

When using CBT, Harris gives clients assignments and research to help with their mental health issues. Harris said reality therapy is based on the here and now, where he helps clients resolve issues surrounding mental health in real time, rather than over a long period.

“Primarily I wanted this to be a spot for somebody to come in to start a conversation,” Harris said.