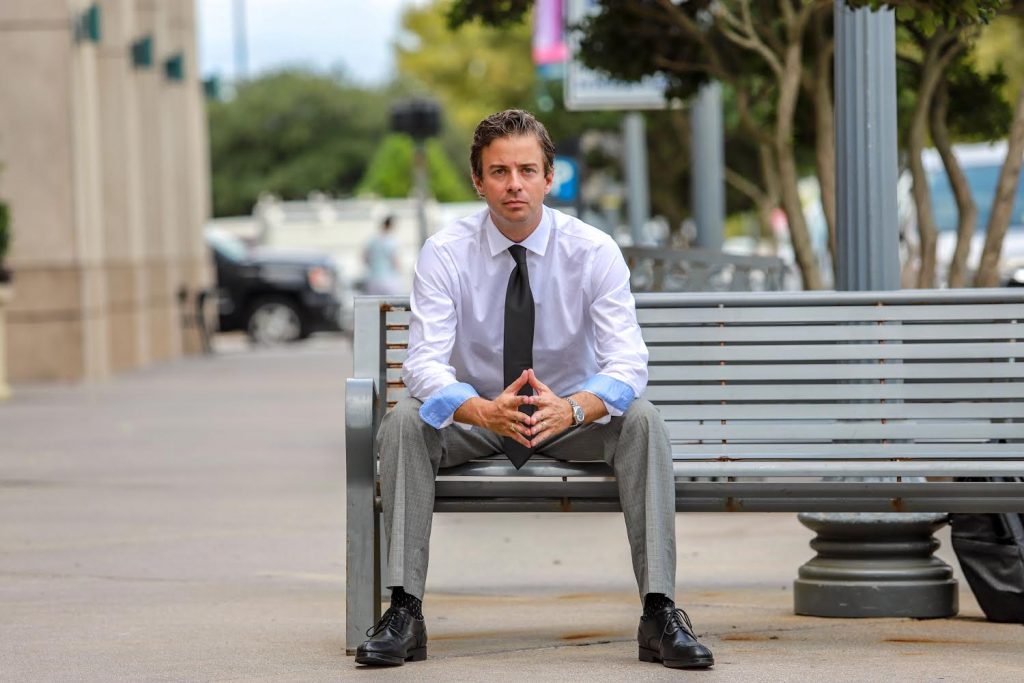 If Ben Davenport is elected Mayor of Virginia Beach, the 38-year-old city councilor and mayoral candidate will join the fast-growing ranks of millennial officeholders in Virginia. The surge of young politicians has changed the focus of elected governments, and outside impressions of the areas they serve. Perhaps the most comparable figure to Davenport is Richmond’s Mayor Levar Stoney, 37, who he credits as inspiring his run.

“Levar Stoney has been an inspiration to me. I want to emulate what he’s done down here,” Davenport said. “Look at the success he has had. When people look at Richmond now, they see a young, vibrant city with a great future ahead of it. That’s what I think I can do, not only for Virginia Beach but for the whole region of Hampton Roads.”

At the crux of Davenport’s sales pitch to voters is a promise to extend the work he’s already done as a city councilor, bringing new jobs in the technology industry to an economy that currently relies on defense, tourism, and agriculture. On city council, Davenport established a technology initiative council that helped bring “the two most powerful subsea cables in the world, in partnership with Microsoft, Facebook, and Telefonica, and now we are finalizing a deal with Google to build a third and a fourth cable.” These cables carry internet traffic from America to Europe, and the upcoming cables will connect Virginia Beach to Africa and South America. While he sees places to expand and strengthen the existing industries, he stressed the importance of adding technology as a fourth, all part of “creating a 21st-century economy for the region.”

At the national technology conferences he attends, seeking to lure major employers to his city, he said he’s already seeing results. “The transatlantic cables have created a buzz around the nation about Virginia Beach,” Davenport said. In the past, he found himself having to start conversations with an explanation of where Virginia Beach is located. Now, he says the companies come to him, reciting a litany of technological advancements the region has made that brought it to their attention.

Virginia Beach has the potential to be the major East Coast digital port for data cables, an industry that requires the support of data centers and high-tech jobs, and Davenport is banking on the fast-growing technology industry to combat one of the major problems he sees for the area: the “brain drain” of talented young people leaving for college and never coming back. “We’re creating a technology cradle that is going to be very beneficial to our younger generation, creating the type of opportunities that keep our youngest from leaving for Denver, Los Angeles, and New York. We want to keep our best and brightest,” he said.

Pointing to the Equinix data center in Ashburn, Virginia, and the data cable plans he has for his city, Davenport said southeast Virginia has the potential to lead the nation on technology. Mostly, he plans to use tax structure incentives to bring large technology firms to the area, but said the cables alone will pull in firms who want to use the data cables. He said, “One of the reasons that Facebook went to the White Oak technical park [in Henrico] was because of the latency range to the cable landing station, in Virginia Beach.” The potential is high; the city currently has four cables built or in the works, and is close to launching a first-of-its-kind cable landing protected zone, which would leave space for 18 additional transatlantic cables. Davenport points to aging cables in Boca Raton, Florida, and New Jersey, and predicts the major carriers will make the leap to Virginia Beach because of its better natural environment for the cables and its proximity to the data center in Ashburn.

Building out the region requires better transportation to Richmond, Davenport said, invoking again his admiration for the mayorship of Stoney. With the I-64 project and Hampton Roads Bridge Tunnel projects completed or in their final planning stages, he said high-speed rail would be the next investment.

While Davenport sees a bright future for Virginia Beach, he’s also watching the challenges the municipality faces. Chief among those is climate change, which threatens the United States Navy base and the tourism economy that’s developed since the ’70s when Virginia Beach was mostly known for soybean fields. “Sea level rise is something that everybody on the East Coast is dealing with right now,” he said, stressing that he’d combat the problem with a focus on regional collaboration. He said the status quo was “one city going at it alone,” despite Virginia Beach’s shared borders with the largest cities in the commonwealth. “You have the three largest independent cities that share a border, we need to be working in unison on this. Former administrations have seen the borders … but those days are over.”

In the long-term, even a regional solution isn’t enough, Davenport said. He learned about engineering solutions in the Netherlands, while taking a detour from a trip to look at data operations last year. In particular, he came back with an appreciation for the tide gates and dams created in Holland, “the gold standard” in engineering solutions for sea level change. “These are enormous undertakings, and they weren’t taken on by the local municipalities. They were taken on by the entire country and the European Union, because they realized the importance the Netherlands has. The largest ports in Europe are there.” Like the Netherlands, Hampton Roads is low-lying and will be particularly hard-hit by rising sea levels. Also like the Netherlands, Hampton Roads is home to a major port, and Davenport hopes that as Virginia Beach’s mayor, he can turn the region into an economic zone that will motivate a similar scale response from the state and the nation.

For the safety and future of the region, he said, “That’s what’s going to have to happen here.”