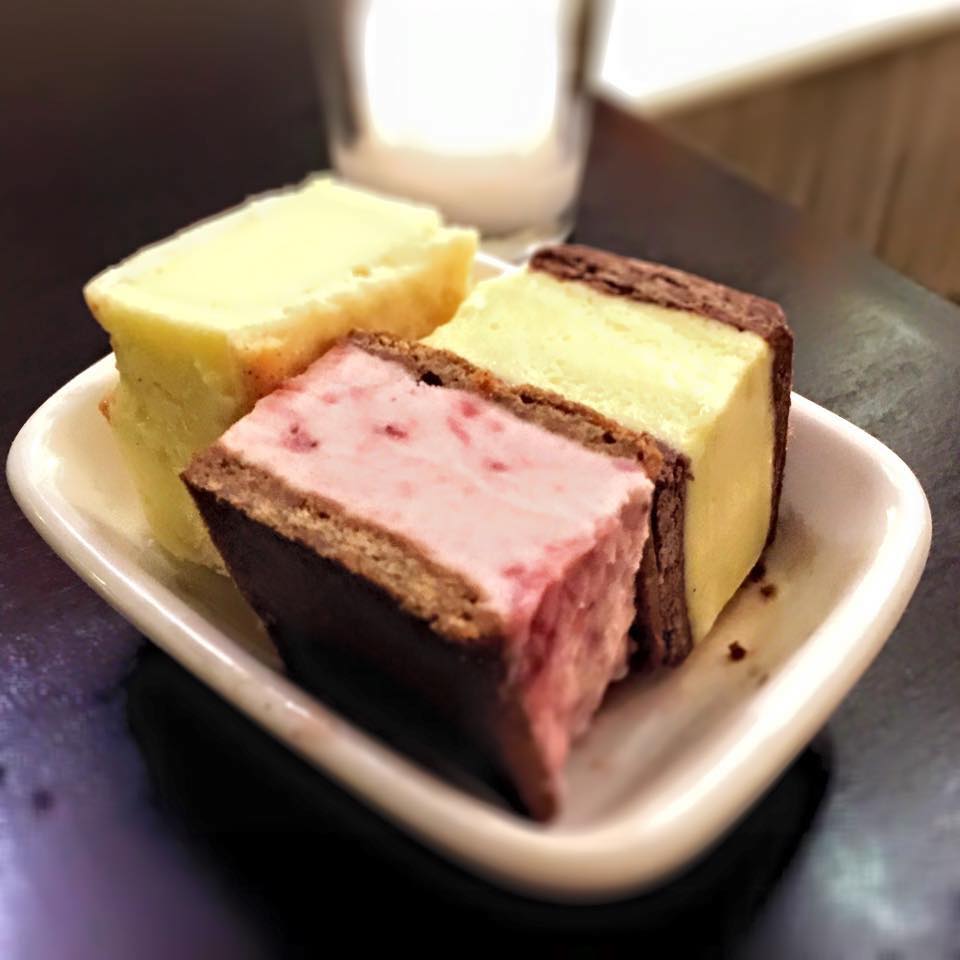 A classic summer dessert is being reinvented and refreshed at Nightingale Ice Cream Sandwiches, a brand new specialty dessert producer here in Richmond.

A classic summer dessert is being reinvented and refreshed at Nightingale Ice Cream Sandwiches, a brand new specialty dessert producer here in Richmond.

Nightingale is a Richmond based small business operating from the kitchen of Greenleaf’s Pool Room, a downtown bar & restaurant where the co-owner of Nightingale, Hannah Pollack (seen below), is Executive Chef.

“It started here in Greenleaf we wanted to do an old school dessert, that’s kind what we do here it’s old school things updated. Then we started selling them at the farmer’s market and people really seemed liked them so it just kind of took off,” said Pollack.

Pollack has been working at Greenleaf’s since it opened and considers their kitchen to be her home, and the owners to be her family. She named her business after the Oriental Nightingale, a famous pool player and wife of Ralph Greenleaf, for whom Greenleaf’s is named.

Nightingale’s aims to improve upon the artificially flavored, limp cardboard ice cream sandwiches that are sold at ice cream trucks across the nation. Their ice cream is wonderfully thick and soft because it’s homemade and freshly churned. The cookies are baked from scratch to add an intensely rich and savory flavor that compliments the fresh sweetness of the ice cream.

“My goal is to keep the quality, no matter how many we make or how many we sell, it’s really important to me that every sandwich that we put out, everybody’s really happy with it,” said Pollack.

The process to make a batch of these handmade sandwiches takes two days and nights, so Pollack is kept busy constantly preparing, freezing, and assembling her merchandise. Her workload is slightly eased with the help of her husband and co-owner of Nightingale, Xavier Meers. Pollack’s parents also pitch in by stamping and labeling the packaging for their daughter’s business.

“It just took off so quickly, I’ve been making hundreds and hundreds a week,”said Pollack. “I couldn’t have done it without the people supporting me.”

Nightingale opened in October of 2015 and landed their first customer in February of this year when Chiocca’s, a local Richmond Deli, started selling their peanut butter and black raspberry sandwiches. In the few months since then, the company has expanded and Nightingale products are now available for purchase around Virginia at Elwood Thompson’s, Shields Market, Tom Leonard’s Farmer’s Market in Short Pump, JM Stock Provisions, Outpost Richmond, and The Bucket Trade in Petersburg.

Not every location has space for every Nightingale ice cream flavor, and some flavors change with the seasons. The Classic, which is vanilla ice cream between two chocolate brownie cookies, is their original recipe and is available year round. The strawberry shortcake, key lime, Fat Elvis, and salted Caramel have thus far been constant fixtures at Nightingale, but other flavors change with the seasons. Pollack’s favorite, the Fat Elvis, is a banana ice cream and peanut butter cookie sandwich dipped in chocolate.

“I just think it’s a fun flavor and it kind of reminds me of when I was a kid,” said Pollack.

This summer, Pollack is introducing the chocolate covered cherry, featuring fresh cherries mixed into vanilla ice cream on a chocolate brownie cookie and dipped in chocolate, and a white peach sandwich with chunky peach ice cream inside two sugar cookies.

As a small business owner that caters solely to other local businesses, Pollack is committed to supporting the local culinary economy that keeps mom&pop shops like her own afloat. That’s why Nightingale uses exclusively local ingredients to flavor their homemade ice cream sandwiches.

“I think it’s really important, especially in Richmond, to support all the local businesses because there’s so many of them and we all need to support each other or there’s no way we’re gonna make it,” said Pollack.

To support Nightingale Ice Cream Sandwiches, visit Greenleaf’s Pool Room located at 100 N. 6th St. or purchase their sandwiches at one of their vendors around the city.