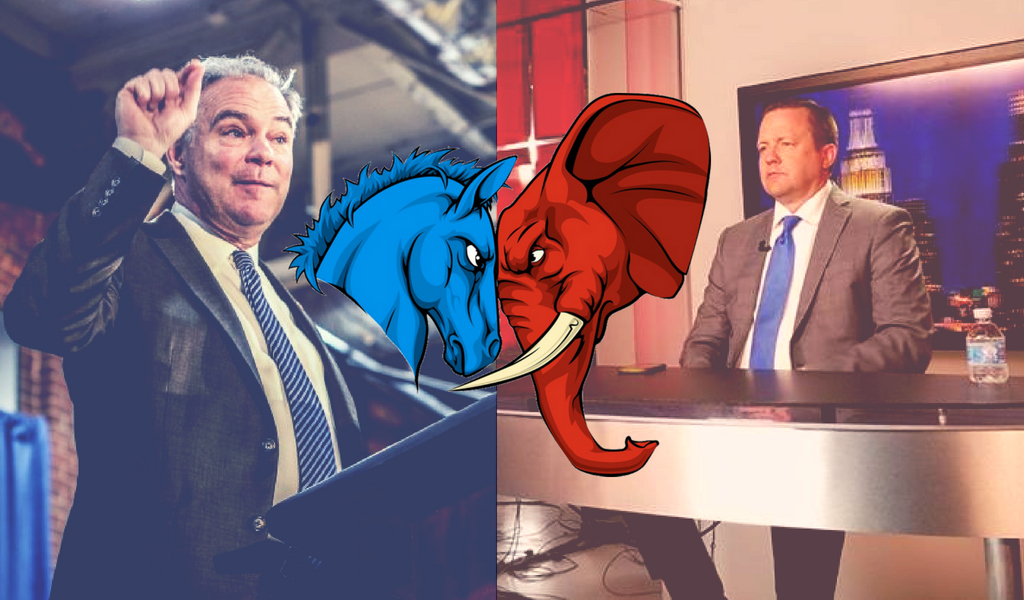 Virginia Republicans Flirtation With Extremism May Cost Them on Election Day

Senator Tim Kaine is almost guaranteed to win re-election this November against Corey Stewart, a controversial conservative firebrand who has implied that Republicans who support Medicaid expansion have erectile dysfunction syndrome, defended Roy Moore against credible accusations of pedophilia (and even campaigned for him), endorsed white nationalist Paul Nehlen, appeared at an event with the white nationalist Jason Kessler, who would go on to orchestrate the terror in Charlottesville last year, and has even threatened violence against Sen. Kaine.

It’s very, very improbable that Stewart beats Kaine this November. I’m no mathematician, but I’d say he has less than 1 percent chance of victory. Last November, Virginia was swept by a blue wave that rejected Ed Gillespie, who ran a campaign similar to Stewart’s gubernatorial bid after Gillespie unexpectedly barely won the primary. This November will probably be even worse for Virginia Republicans than last year since Stewart is now on the ballot and the establishment candidate isn’t.

What we’re going to see in the senate race this November is the largest statewide win for a Virginia Democrat since Mark Warner’s landslide victory in the 2008 US Senate race. It won’t be as big as that election itself though due to the polarization of America’s political parties. Whereas Warner won by 31 percent against Gilmore, Kaine is currently likely to win by ~18 percent against Stewart. This is two times the size of the margin of victory Northam had over Gillespie last fall.

Stewart, who looks like he will have a hard time cracking 40 percent of the vote this November, is a symptom of the Virginia GOP’s flirtation with extremist candidates. The state party has nominated several controversial figures for statewide office this decade, such as Ken Cuccinelli and E.W. Jackson, both in 2013. Since then, the state party has drifted into the abyss of the culture wars to reach their base, as we saw last year, instead of appealing to moderates and independents.

Kaine has a great opportunity this November to not only win by a slam-dunk, but also the opportunity to extend his coattails far enough to help Democrats flip several US House seats in Virginia. Five GOP-held seats are competitive: VA-01, VA-02, VA-05, VA-07, and VA-10. The bigger wins he has in these districts, the more likely the Democratic challengers are to win.

We’ll talk more about that next week.

Chaz Nuttycombe joined RVA Mag for the midterm elections to provide predictions and analysis on the state of the races. 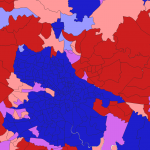 Chaz Nuttycombe is a 19-year-old college student and lifelong RVA resident. He has been interested in politics since a very young age and has made punditry his primary hobby. He's worked on a couple of political campaigns and now writes for RVA Mag.