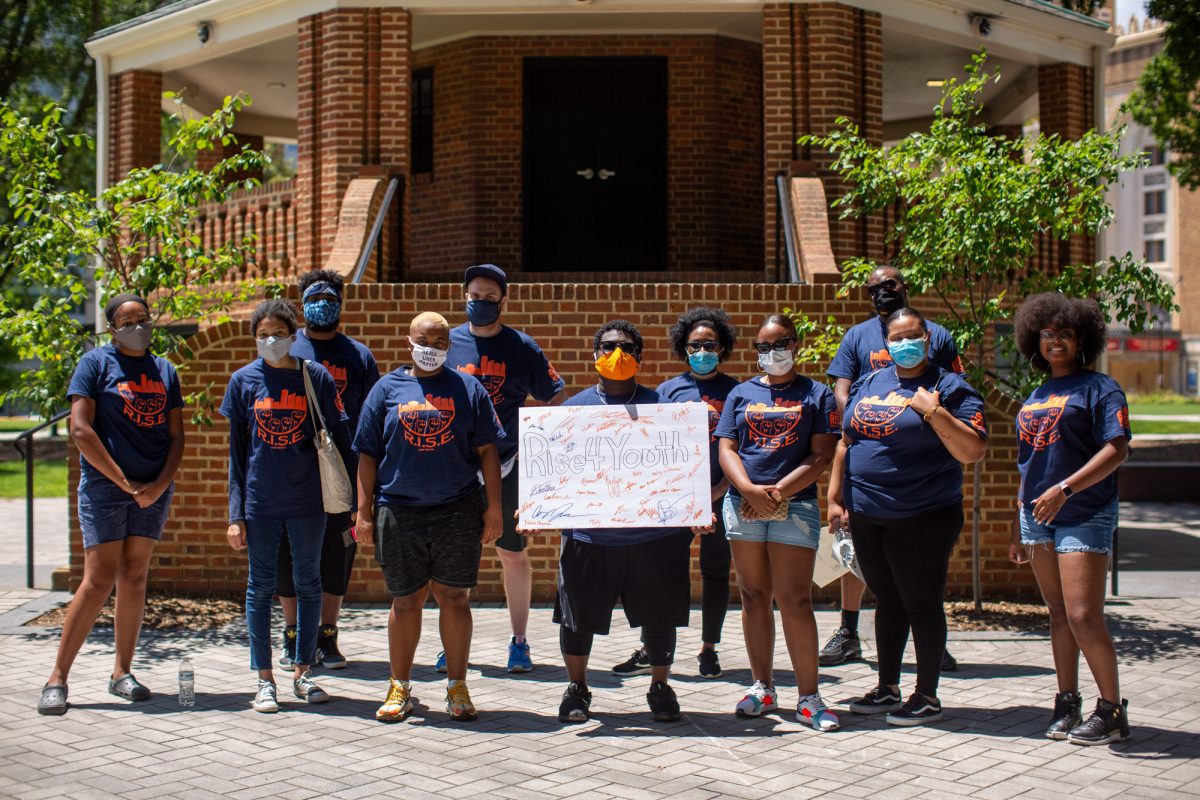 Op-Ed: Justice For Youth Is the Antidote

“Backwards or Forward? COVID-19 challenges us to incorporate a public health lens when approaching justice for youth and public safety,” writes Gary Broderick, Legislative Coordinator of RISE For Youth.

This past month, the Sentencing Project released a new report tracking the spread of COVID-19 through juvenile detention centers across the US. At a moment when a global pandemic serves as the backdrop for a national movement demanding we rethink policing policies, this report reminds us that public safety and public health policies are not mutually exclusive issues.

According to the report, there were 512 known coronavirus cases among youth and 618 cases among staff in youth detention centers nationwide as of May 29. Since then, those numbers have been steadily increasing. Solitary confinement has become a standard means for youth detention facilities to socially distance children. In some facilities, frustrated young people have erupted in fights and are met with SWAT teams.

While the COVID-19 pandemic has impacted the most vulnerable throughout society, it is especially true for young people who are confined in juvenile detention facilities. All jails, prisons, and detention facilities are hot spots for the coronavirus. These structures have become petri dishes that allow infectious diseases to thrive because people are compelled to live in close quarters, where they cannot practice social distancing and face compromised hygienic conditions. As some states make efforts to release adults from prison to ease overcrowding and control the spread of the coronavirus, youth advocacy organizations and parents have been joined by criminal justice stakeholders to push for the release of children, fighting against the misconception that COVID-19 does not affect the young.

In Virginia, the Department of Juvenile Justice (DJJ) did the right thing when it released just more than 30 young people from the Bon-Air Juvenile Correctional Center — the only youth correctional center remaining in the state — as a result of the coronavirus outbreak. However, the DJJ did not release these young people on its own volition or through its own initiative, but rather thanks to the work of advocates like RISE for Youth, a nonpartisan campaign committed to dismantling the youth prison model by promoting the creation of community-based alternatives to youth incarceration.

On March 19 RISE For Youth sent a private letter to DJJ Director Valerie Boykin, urging a comprehensive policy response to keep youth at the Bon-Air Juvenile Correctional Center safe and healthy, with their human rights honored. The public version became the #JusticeForYouth #IsTheAntidote policy response that state legislators signed onto. Notably, our statement was signed by both Del. Patrick Hope and Sen. Barbara Favola — the Chairs of the House Committee on Public Safety and Senate Committee on Rehabilitation and Social Services, respectively. They were joined by Delegates Jeion Ward, Betsy Carr, Joshua Cole, Elizabeth Guzman, Jennifer Carroll Foy, and Sally Hudson, along with Sen. Ghazala Hashmi. RISE for Youth also successfully rallied the support of Commonwealth Attorneys across the state, who adopted their own open letter to the Secretary of Public Safety.

The DJJ was subsequently forced to acknowledge on April 2 that two staff members, and on April 6 that one youth, had tested positive for COVID-19. This confirmed what youth advocates feared: COVID-19 had made its way into our juvenile detention facilities. On April 10, at a Governor’s press conference, Secretary of Public Safety Brian Moran indicated that more than one youth tested positive, responding to a question from reporter Max Thornberry of the Northern Virginia Daily. One week later, DJJ announced 25 youth incarcerated at Bon-Air tested positive for the coronavirus, but only after RISE for Youth filed a Freedom of Information Act (FOIA) request.

By April 28th, 27 youth and 10 staff persons had tested positive for COVID-19, according to the DJJ website. Families are concerned the numbers of cases may actually be higher, given that DJJ has still not implemented universal testing. By the time the facility reached 29 COVID-19 cases, the Bon-Air facility became a hot spot, suffering one of the most significant outbreaks reported among youth facilities in the United States. Youth in Bon-Air were locked in bathroom-sized cells for 23 hours a day with little human contact, and merely an hour to call their family, shower, and engage in some form of exercise. Standardized packets of learning materials that may not reflect the learning needs of each youth have been distributed. This is due to the facility’s school closing due to the pandemic, which reflects a shutdown of education programs common among detention facilities housing 44,000 youth nationwide

Virginia must meet the needs of children involved in the justice system, who disproportionately come from historically disenfranchised communities. According to the American Academy of Pediatrics, “Youth involved with the justice system are members of these marginalized and vulnerable populations and are entitled to special consideration in response to the COVID-19 pandemic.” In a recent policy statement, the organization said young people in the justice system disproportionately are youth of color, more likely survivors of adverse childhood experiences, and have unmet social, medical, and mental health needs. “Similar to the disproportionate impact of COVID-19 among historically disenfranchised communities, disparities within the juvenile justice system are rooted in inequities in the social and environmental determinants of health and the failure of public policies to adequately address them,” the group added.

Moving ahead, it is clear a number of things must change in Virginia’s juvenile justice system. First, the responsibility for juvenile justice must move from the jurisdiction of the Secretary of Public Safety and Homeland Security to the Secretary of Health and Human Services. It is clear that so long as it remains under the jurisdiction of the former, it becomes impossible to make the categorical distinction between kids and adults. We have a responsibility to treat crimes committed by children as the result of the failures of adults — our policy and resource allocation failures. This is more appropriately understood as a public health concern than a criminal justice matter. This shift was recently made in California; their surgeon general, Dr. Nadine Burke Harris, said, according to the LA Times, that “the new model would allow health officials to move toward one focused on addressing early childhood trauma and preventing children from falling into incarceration in the first place.” (Click here for reference on how each state addresses youth justice.)

Second, the support provided to youth with the greatest treatment needs must transform away from large, remotely located, and sterile facilities to a truly community-centric treatment model. Healthy Communities Secure Care (HCSC) legislation limits the size — 30 beds or less — and placement of facilities to within the community of origin of the largest number of youth served. This past General Assembly session, Del. Jeion Ward and Sen. Mamie Locke, who both represent the Hampton Roads region, patroned the HCSC legislation (HB551 / SB1033). Hampton Roads is the region in Virginia that sends the greatest number of youth to prison. Del. Ward called the fight for the legislation her Queen Esther moment; the biblical reference points to her willingness to take a stand and risk all to do what is right for Virginia’s children. Research and testimony from community advocates demonstrate that these measures are not only right, they are essential to help children heal, learn and grow. If Bon Air had been a smaller facility with better communication and less bureaucracy, the potential for the virus to spread would have been much less.

This demand for juvenile justice transformation is a part of a comprehensive policy agenda RISE for Youth has adopted for the 2021 General Assembly session. We are advocating for police out of schools, and broader democratic oversight of the police. We are advocating to end all fines and fees associated with youth incarceration that are little more than attacks on the poor. We will also continue to advocate for Black children to be treated as children. That means expanding the jurisdiction of the juvenile justice system for youth to age 21 (in alignment with brain science, which documents that youth brains do not fully develop until age 25). This would also impact the scope of the state’s ability to charge youth as adults.

In Virginia, RISE for Youth led the charge to preserve the safety of incarcerated youth amidst the pandemic. The release of young people from Bon Air was a victory for advocacy groups, youth in the juvenile justice system, and their parents. In the midst of a pandemic, society must ensure that its most vulnerable are protected, and their human rights respected. The actions of RISE for Youth and other state and national juvenile justice advocates — who acted collectively to force the releases and increased transparency from our juvenile detention facilities — are a testament to the role of community-based advocacy in holding the state accountable to communities. We deserve a responsive, democratic government that acts swiftly and decisively to solve the problems facing our communities. 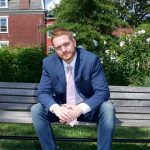 Gary Broderick is the Legislative Coordinator for RISE For Youth. He leverages people power to work with elected officials to enact reforms that will improve the lives of our youth and their families while transforming juvenile and racial justice in Virginia. He has worked as a labor and community organizer and political advisor with a diverse range of organizations including UNITE HERE, Durham Association of Educators, Point Breeze Organizing Committee, and MoveOn.org. Gary studied Media Arts at New Jersey City University and Hunter College. Gary believes deeply that movements built from the grassroots level can transform the political landscape with the right political strategies. He is committed to the fight for racial and juvenile justice and constructing political power in a manner that allows everyone to participate in the decisions that affect their lives.