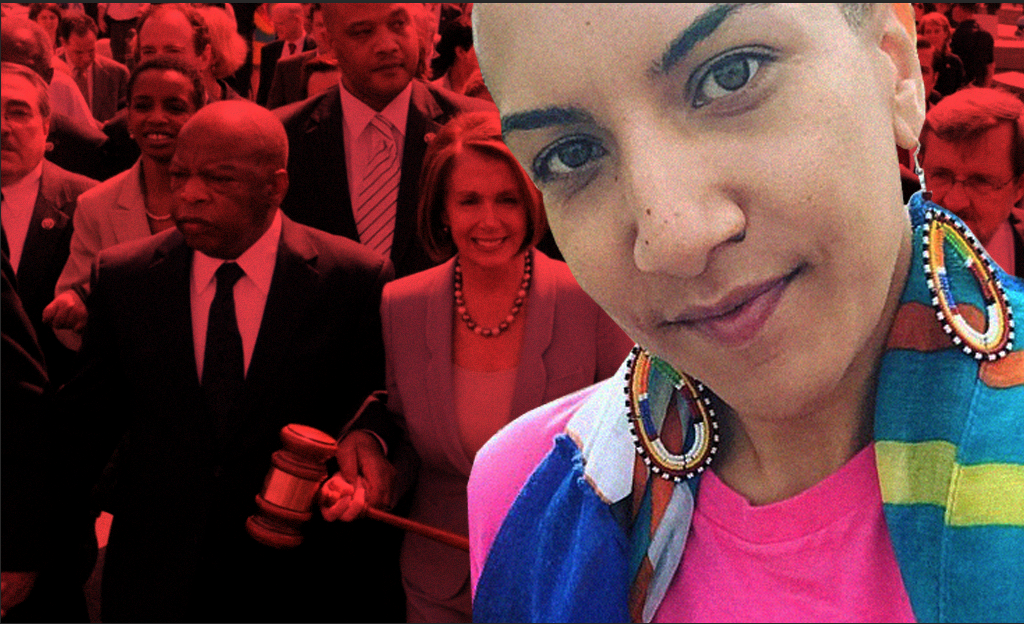 With only a few weeks before the election in Alabama, social media platforms around the world exposed the Republican candidate, Roy Moore, as a known child molester. All of the sudden, the Democrats realized they might have a viable contender (what was his name?). So, when the Democrats came begging for my campaign contribution to protect our democracy from a paedophile, I reacted as most black women traditionally do — by silently saving the world.

When broken down by race and gender, black women have been the most loyal voters to the Democratic party. Yet no one seemed to notice until 2016’s election when we earned ourselves the 45th President, Trump. This election is also when the country started to hold white women accountable for dropping the ball within the progressive movement. According to the Edison National Election Poll, 62 percent of non-college educated white women and 45 percent of college educated white women voted for the current President. Way to go, ladies.

In the Virginia 2017 Gubernatorial election, numbers show that 91 percent of black women voted for the blue team, ensuring Democrats would maintain the mansion by a landslide.

When people ask me, the biracial social worker, how Trump made it to the White House, I bring up moderate white women for the L, but also talk about the Democratic Party’s campaign style. In 2016, the campaign messages were not framed to engage black people, especially not the ones with voting power. In 2016, the Democrats failed to maintain the engagement level that President Barack Obama attracted in 2008 and 2012. The Democratic Party did not achieve relatability to the black woman. Not with the candidate, not with the messaging, and definitely not with the spending. 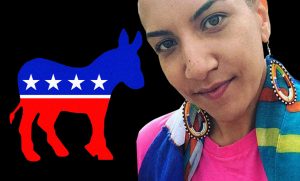 We, the black women, are starting to get in our feelings about this level of neglect. First we come in for the clutch-win for Virginia, then Alabama a month later. Now we need the Democrats to re-think how to include us, promote us, and fund us. Since 2009, the percentage of black voters in Virginia  has been proportionate to the overall population of black people. Within this population, black women have remained loyal to voting – and especially to voting with the Democrats. But when the stats show a specific group is dominating the numbers game in such a profound way, what should the appropriate  reaction from the Democratic Party be? Shouldn’t they be empowering black women the same way they pander to groups that do not represent the broad progressive coalition that helps them win elections–such as non-existent corporatist white swing voters?

Here is a perfect example. Journalist and activist Shaun King recently shared a damning statistic; of all the contractors used by the Democratic Party, only 1.5 percent of them are black-owned firms. When the Party works to contract small black-owned businesses, this triggers a more authentic level of engagement. Policy makers are exposed to a more diverse range of thought, simply by collaborating with the contractors. By hiring black contractors, the community is gaining access to a politicians and in return politicians gaining a sincere insight to a community perspective. Of the roughly two billion emails I received during the past election season – which comes every year in Virginia – not one ends without asking for a simple $3 donation. It is now time for the Democratic Party to stop asking for dollars – simply open the door, invite Black women in, sign over the resources, and pass the torch.

Democrats, heed my warning: stop demanding that the Black woman attempt the impressive trick of organizing for Team Democrats while not sitting at the head of the table. The times of reporting for duty to the Democrats while also balancing the triple consciousness of being American, Black, and Woman is coming to an end. With the newfound recognition of black woman power, the social contract between politicians and the black woman voter is now up for renegotiation.

Virginia Democrats can show a sincere gratefulness to such loyalty by investing in black women from the moment that Ralph Northam is sworn in. We are all watching to see how the campaign promises of equality, equity, inclusion, and transformation will look in terms of dollars going directly to black women contractors and cabinet members, as well as community programs slated to be run by black women that are already doing the progressive work. What will the percentage of black contractors look like under the Northam administration? The numbers won’t lie.

Democrats appear suspiciously calm for a group that are up for a potential takeover by a squad of melanin femmes. The appeal to Black woman superpower has become a pattern and we are being taken for granted. Since the number of votes coming from black women does not match the input of dollars from the Democratic Party, it’s time to re-balance the budget, folks. The Party says confidently that they’re ready and to collaborate with black women. But this is more than a partnership – it’s a takeover.

These Democrats know the power of the dollar. They are, after all, the party of centrist corporatists. Where they put these dollars is directly related to the value they place on the constituents that vote them into power. So, do you value black women or nah?

The conversation about the true Black Girl Magic spilling over in the political arena also sparks another question: what about black men? Answer: In America it has been well-known that behind every great man is a great woman. In 2018, it’s time for black women to come out of the shadow of these men and  be added to the starting lineup. But for which team do the Queens play? Or do we create own league?