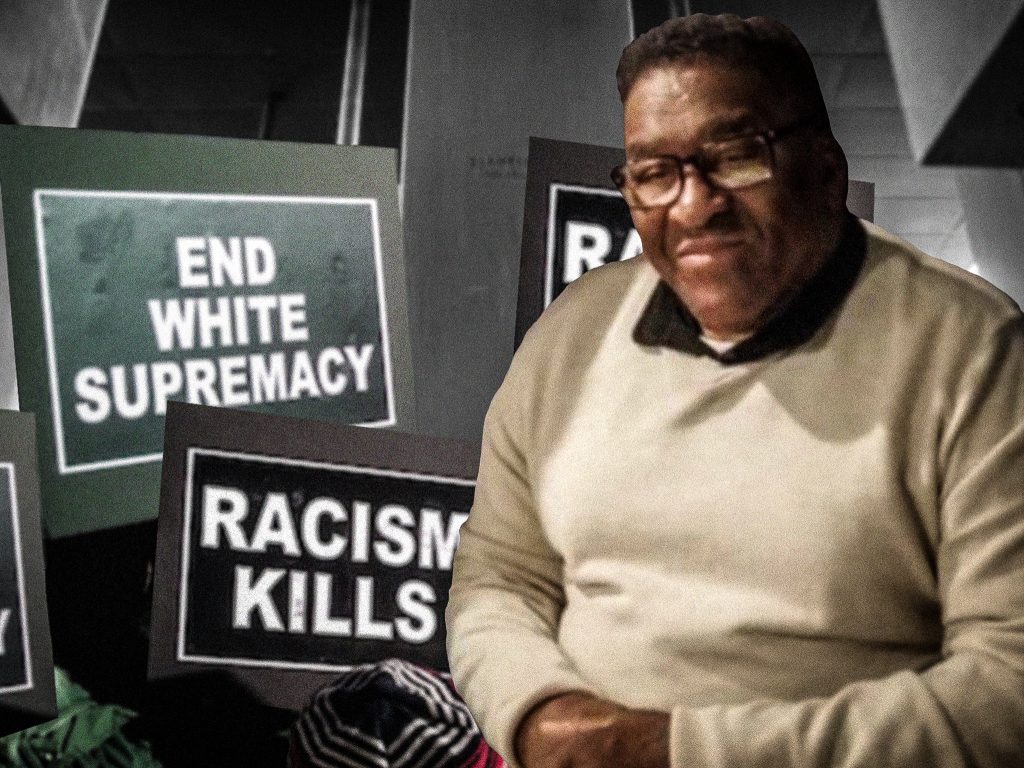 Johnny Battle was an 80-year-old black man, who loved his children and grandchildren. The South Richmond resident was retired and used a wheelchair, living out the last years of his life surrounded by his family. It’s hard to imagine that he could have been a threat to anyone. Yet according to the Richmond Times-Dispatch, Battle was attacked by Chesterfield resident Michael Kevin McReynolds and following the first blow, laid unconscious in his overturned wheelchair. His attacker continued to punch and stomp him until he died. As his attacker ran away, witnesses reported he yelled, “All you [N-words] got to go — this is all my property.”

Battle died for being black and visible outside of his own home.

While I didn’t know him, I know that his death means something terrible to me and for Richmond. This doesn’t match what his family must be feeling, but if white people don’t start taking seriously what the implications of this case are the consequences will be no less dire or painful.

I spent the years during the 2006-2008 primaries and election working in Ashland, Virginia, in a business that served the construction, maintenance, and remodeling of commercial and residential spaces.

During this time, I tried my best to communicate to my friends and loved ones the things I heard about women, black people, the LGBTQ community, Jews, liberals, feminists, Muslims and all manner of folks, being vocalized on a daily basis. It was something the people in my life just didn’t seem comfortable talking about.

This was not some fringe “alien reptilians run the world” conspiracy either. These vocal violent fantasies were a daily occurrence. The slurs based on race, gender, sexual orientation, gender identity, religion, and the pure hate and wish for violence whispering underneath it all shook me – severely. I became a gun owner soon after. I could never shake the amount of desire to do catastrophic harm to the “others” that I’d heard so often or so freely expressed. These rants all had a desperate state of fear that some-insert any slur for hated people here- were going to take their material possessions or their sense of security or status.

It was no shock to me then that in 2015, when a group of white men was arrested for planning to bomb black churches and Jewish synagogues around Central Virginia. Following reports of hate groups like these led me to demonstrate against them in Charlottesville on August 12, 2017. I saw these fantasies become reality before my own eyes – it was their coming out party. Whatever your thoughts on President Trump might be, my fears have become more acceptable and normalized with his “some good people on both sides” comment. It was a signal that the old rules and norms were now obsolete. More than anything else, it is also what well-meaning white people have missed.

How can we go back to normal when those rules no longer exist? They have been obliterated.

Those seeking to undermine equality always count on what well-meaning white people do best; have feelings, but stay away from the hard conversations and actions as they go about their lives. So far, those committed to hate and division are making the correct assumption; that they can rely on the majority of the white community to do nothing even if we morally sympathize with the victims of these crimes, like Battle.

Battle’s murder was representative of the violent white-supremacist fantasy I heard a decade ago while working in Ashland. His death was an extension of the terror the black community has experienced through a history of lynchings – something we’re only just beginning to even be realistic about – much less come to terms with – look no further than the controversy over the lynching memorial that was just revealed in Alabama.

Despite this, the tide of hate is rising again, all one has to do is look. Battle was lynched – right down to the white resentment expressed following his murder. Yet it doesn’t escape me that those with the violent fantasies I’d heard so often were not way just contained to black people – it is why I bought a gun.

So what can we do? We must eject the purveyors of hate from our lives. Arguing about the merits of punching Nazis or the esoterica of free speech is no longer effective. Take the following example: a father who disowned his son after finding out he had participated in Unite the Right in Charlottesville recounted the way his son expressed his hate. His son said, “The thing about us fascists is, it’s not that we don’t believe in freedom of speech. You can say whatever you want. We’ll just throw you in an oven.” This young man chose being disowned over ending his participation in the growing culture of hate. While we might be far from the horrors of the concentration camps right now, we’ve already seen too many people killed.

We can do this because, in the end, those that hate will always need all the people they claim to hate. Nonetheless, while we still outnumber them, they have the motivation to act that we seem to lack. We need to make them afraid to speak, much less act. We must confront the fact that we’re afraid of them now or be forced to accept the fact that they can be allowed to act on their violent fantasies.

The SPLC reported that the FBI’s hate crimes statistics have been on the rise. The last time the statistics were calculated in 2016, there was a 10 percent increase to 6,121 hate crimes from 2014. Of those, 1,273 were related to religion, and 1,076 targeted the LGBTQ community. How many more increases can we afford in this political climate? This is costing real lives, as we have just seen right here in Richmond with the death of Battle.

Every one of those crimes emboldens the forces of hate and gives them a hero. It also potentially brings us closer to a confrontation where we have to stand up for our neighbors and communities. We should not have to live this way.