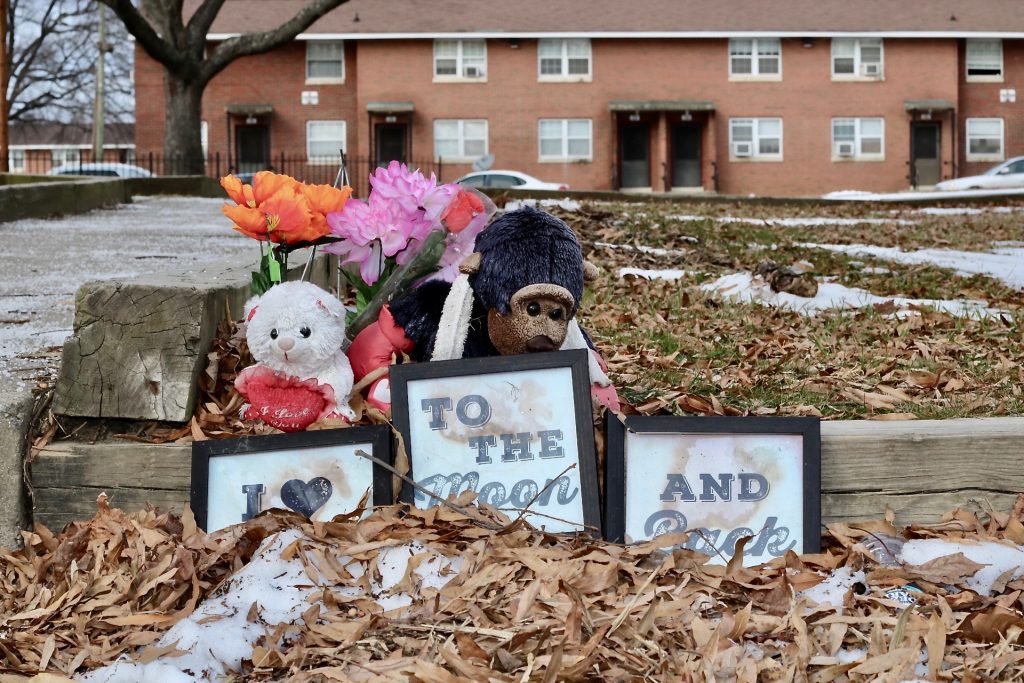 “Welcome to poverty,” said a nurse living in Creighton Court as she greeted the RVA Mag team this past Monday. Her irony was well received, and how could it not be? Mice, trying to escape the cold, had invaded her home and defecated inside all of her furniture and appliances, essentials she now has to throw out. In the midst of the arctic blast, she was forced to take cold showers when getting ready for work. She has been without heat since last winter. At one point she said flatly, “This is a prison, not a home,” before asking us to feel the cold trapped in the drab grey concrete blocks of her living room. The last time she complained to the Richmond Regional Housing Authority (RRHA) about the heating, they called the police on her.

This was one of many stories told to us when we were graciously hosted in the homes of the families living in Creighton, Gilpin, Fairfield, and Whitcomb courts this week. Another resident living in Gilpin told me, “There is a culture of disrespect. I have called [RRHA] over 10 times since it turned cold.” She went on to tell me that space heaters were delivered by RRHA, only to have them removed because someone tried to sell one on Facebook – a policy that amounts to little more than collective punishment.

The stories we were told represented a systemic dehumanization of the almost 3,000 families and communities who live in Richmond’s public housing projects. These stories are anecdotal, and I am by no means an expert on the intricacies of public housing or the policies that govern RRHA. Nor will I pretend to be. What I am, though, is human. And the stories told by different families living in different locations all confirmed a similar pattern; one that was plagued by neglect, punitive measures, and total incompetence on the part of the agencies tasked with the buildings’ upkeep.

What does this say about Richmond (and all of us), a city that prides itself on being a destination for millennials and weekenders, and the hub of all culture in the Commonwealth? This city revels in the excesses of gentrification, but cannot provide for the basic necessities of its most vulnerable citizens. Michael Paul Williams of the Richmond Times-Dispatch was dead on in his opinion piece, written this past July, when he described two Richmonds. “RVA will not be in full bloom until we effectively tend to the Richmond that’s being left further and further behind.”

The inability of the RRHA was on full display in the story one resident in Fairfield Court told us. He explained that they are never informed when their gas and utilities will be turned off and then back on, making them entirely reliant on a system of “tickets,” or maintenance requests, that go largely unanswered. When I asked how long his family’s heat has been off, he told me that the entire block’s heat was in disrepair, and he hadn’t been given a space heater. His heat had been out since last February. And as has become emblematic of this entire issue, he was heating his home with an open oven. Yet the worst part was that he had to break his family up and send his kids elsewhere so they didn’t have to experience the frigid temperatures in a house that could not be warmed.

Hotels have been offered to some families, but not a single resident could tell me the process that determined how a family would be offered this accommodation. In some instances, the RRHA offered to relocate families to different public housing units, but this disrupts an entire family’s ecosystem, pattern of life, and support networks.

Our politicians have raised the alarm, but that is what politicians do best. Both Mayor Levar Stoney and Congressman Donald McEachin have signaled deep support and disappointment over the situation in the city’s public housing. The problem is endemic, however, and filled with the worst kinds of long-standing policies that are steeped in the shackles of systematic racism. Which is how the RRHA and the city keep punting on the issue.

There is a technical dimension to all of this, which falls between the regulatory cracks starting with Housing and Urban Development (HUD) and how RRHA incompetently spends their money. But what is lost in all this technical jargon and policy wonkishness is the people, families, and communities who have been abandoned by a corrupt and ineffectual system. So is it time to start framing the issue differently? Perhaps it is time to start framing the issue as one of human rights. Drastic times call for drastic measures, and when communities are in crisis, the idea of applying a human rights framework is hardly unreasonable.

According to the National Economic and Social Rights Initiative, housing is a fundamental human right. Because of this RRHA should be responsible at a minimum for the security of tenure, accessibility, availability of services, and cultural adequacy. RRHA has failed in all of these things, therefore by default, the city of Richmond has failed in upholding the most basic human rights of its vulnerable citizens.

Since “technicalities” are the driver of this incompetence, technically, what is happening in Richmond’s public housing is a violation of Article 25 of the Universal Declaration of Human Rights. Ratified by the US in 1946, among other things it states, “Everyone has the right to a standard of living adequate for the health and well- being of himself and of his family, including food, clothing, housing and medical care and necessary social services…”

Understanding this crisis to be a crisis of human rights is the next logical step should the RRHA not be able to stabilize the current situation. Framing the crisis this way connects the issue to the larger national story on American poverty. As if to make my point further, last December the United Nations released a report that found 40 million people throughout the US still live in poverty – making it one of the most unequal societies in the world. And since Richmond wants to be recognized nationally for our craft beer and food scene, it is only right that we are also recognized for our inability to take the minimal steps towards alleviating poverty and protecting the human rights of our most vulnerable communities.

“I’ve been without heat for a year and a half,” one woman in Gilpin Court told me. “I’ve filed six requests, they just keep saying the pipes are clogged” — a fitting metaphor for the ineptitude of the RRHA.