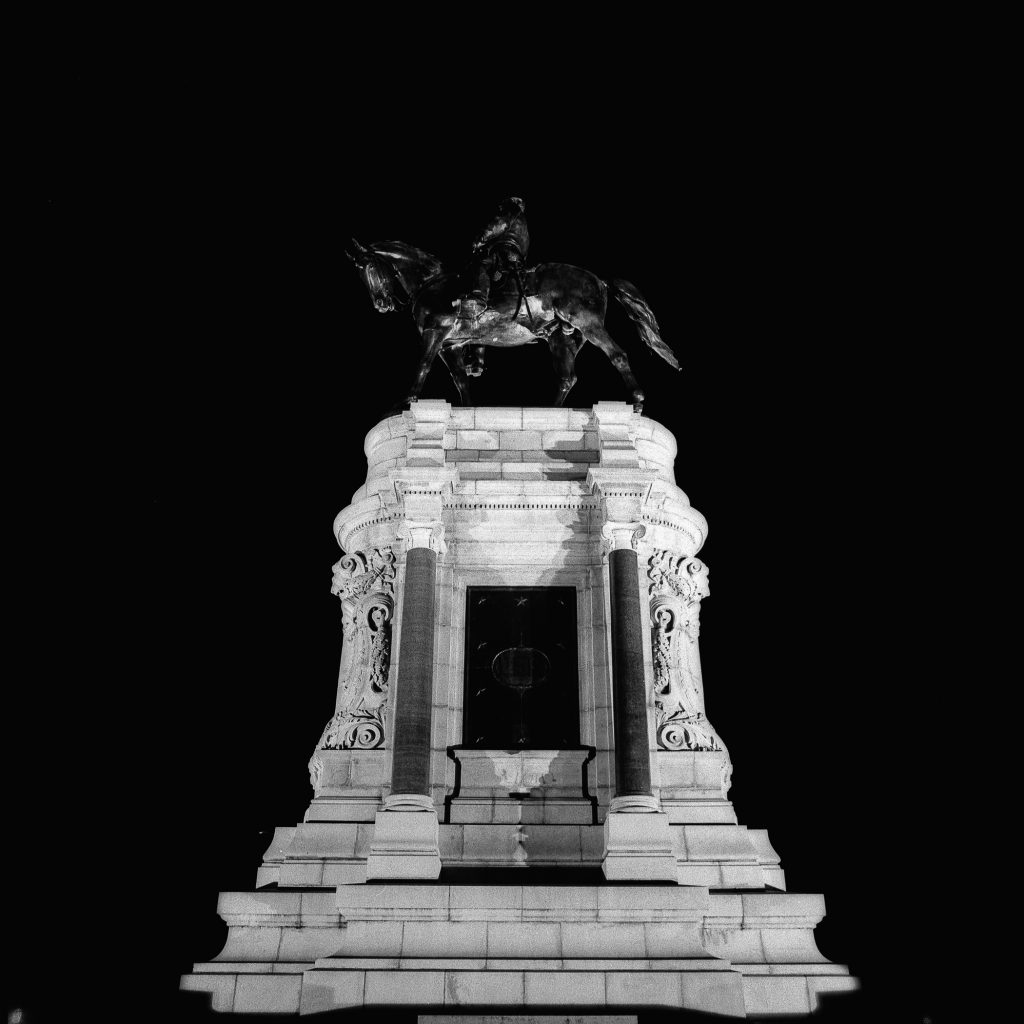 The Virginia Senate and House of Delegates spent the day before the start of Black History Month killing bill proposals that would allow local governments to move Confederate statues and rename Confederate-branded highways. They didn’t do it without their constituents’ support either.

Exit polls from last November’s elections show that 60 percent of Virginia voters feel Confederate statues and monuments should be left in place despite the fact 46 percent of those believed “displaying the monuments is offensive to African-Americans.” Such idiosyncratic attitudes towards history and race should come as no surprise in a state that from 1984 to 2000 celebrated Lee-Jackson-King Day, a holiday that simultaneously glorified Confederate icons and a Civil Rights hero.

Once again, this unwillingness to separate ourselves from our state’s Confederate past has placed us at odds with the necessity of forging a more inclusive and tolerant future.

As it exists today, Monument Avenue is not unlike a Revolutionary War memorial displaying only tributes to British generals; the status quo is untenable. This beloved boulevard presents us with an opportunity to rebrand our state following the terror in Charlottesville. We must take this chance and transform this space into a historic promenade which showcases the full spectrum of our complex past. We must expand the statues on Monument Avenue beyond the current five Confederates and local civil rights hero, Arthur Ashe, to include five more statues that would honor lynching victims, abolitionists, Union soldiers, the leaders of slave rebellions, and our hope for a better future.

In a state with so rich a history as ours, one need not dig too deep to find a wealth of stories that would provide the next generation with a broader, more inclusive picture of our state’s slave-owning past, its continued effects on modern society, and the power of individuals to overcome racism. 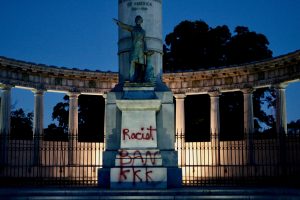 At the time of his lynching, Raymond Byrd was a 31-year-old husband and father of three, a veteran of World War I, and a gainfully employed farmhand in Wythe County. After an affair with his employer’s adult daughter led to the birth of an interracial child, Byrd was arrested on trumped-up charges of rape filed by the Commonwealth Attorney in the summer of 1926. While in police custody, Byrd was kidnapped from the Wytheville jail by a mob of masked men, shot, beaten, and dragged several miles before being hung from a tree branch.

Byrd’s fate was all too common in the South; 86 men were lynched between 1888 and 1926 in Virginia alone. After just 10 minutes of deliberation, the jury released the only suspect arrested for Byrd’s murder—a tragically typical outcome during this era in which only 0.8 percent of lynchings resulted in a conviction between 1900 and 1933. The national outrage prompted Virginia to pass the country’s first anti-lynching legislation in 1928 after repeated attempts at a federal law were blocked in Congress by the filibusters of Southern Democrats. To this day, there exists no federal law against lynching.

The Statues We Need:

Once called “the most radical white male who grew up in the antebellum South,” by history professor John d’Entremont of Randolph Macon, Moncure D. Conway spent his life as the black sheep of his patrician, slave-holding family. The grandson of a signatory of the Declaration of Independence and the nephew of a Supreme Court justice, Conway attended Harvard Divinity School and became a Unitarian minister in Washington, D.C. in 1854 where he served for two years until his removal for preaching his abolitionist beliefs.

After learning of the destruction of Fredericksburg in 1862, Conway returned to his family home on the Rappahannock to track down their slaves and personally led 30 of them to freedom in Ohio where he helped them establish a new settlement that came to be known as Conway’s Colony. As an abolitionist and radical feminist, Conway was far ahead of his time, even criticizing Abraham Lincoln for freeing the slaves without addressing the issue of equal rights; angered by the president’s lack of forethought, Conway wrote, “What will we do in 1962?”—correctly divining the Civil Rights Movement a century later.

At the age of 17, Maria Lewis fled the Virginia plantation where she’d spent her entire life as a slave to escape to freedom. Rather than run, she disguised herself as a man, chose the name George Harris, and joined a whites-only unit, the 8th New York Calvary. At first enlisting was just a way to escape north, however, Lewis quickly fell in love with the life of a soldier, charging into battle on horseback with rifle and sword in hand. Lewis was not alone in fighting for her people’s freedom in disguise. She was one of roughly 750 women that waged war on the front lines in the same manner.”

After her unit took 500 men prisoner and captured 17 flags in one battle, this teenage black girl and former slave was one of the few “white men” chosen to present their unit’s winnings to Lincoln’s Secretary of War. Lewis left the army after two years of service to spend the rest of her life not as George Harris but rather in a similarly unheard of role at that time in America, that of a free black woman.

“Here, before God, I consecrate my life to the destruction of slavery!” bellowed John Brown after the murder of Presbyterian minister and abolitionist, Elijah Lovejoy, at the hands of a pro-slavery mob in 1837.  The man who had been a simple shepherd, tanner, and father of 15 was transformed into the loudest advocate of armed insurrection as the only path by which to overthrow slavery in the United States. Frustrated by the pacificism of other abolitionists, Brown became a national figure during the Bleeding Kansas crisis of 1856 when he led volunteers into battle against pro-slavery militias to determine the territory’s future as either a free- or slave-state.

Three years later, Brown would lead a party of 22 to raid the military arsenal in Harper’s Ferry, Virginia in hopes of initiating an armed slave revolt. After the Marines swiftly put an end to the raid, Brown was found guilty of treason and sentenced to death. On the day of his execution, he mused, “I, John Brown, am now quite certain that the crimes of this guilty, land will never be purged away but with Blood. I had vainly flattered myself that without very much bloodshed; it might be done.”  Brown’s wrong-headed raid escalated tensions on both sides, triggering southern talk of secession to preserve slavery as well as northern praise of him as a martyr for freedom.

Mildred Loving, a black woman, and Richard Loving, a white man, were sentenced to a year in prison by the Commonwealth of Virginia in 1959 after they married. Their crime was miscegenation, the act of marrying outside of each of their racial groups. After the Lovings were sentenced and forced to move to the District of Columbia, Mildred wrote to then-Attorney General Robert Kennedy for help. He referred her case to the ACLU, and the landmark civil rights case of Loving v. Virginia began on its path to the Supreme Court.

In a unanimous 1967 decision which invalidated all race-based restrictions on marriage, the Supreme Court determined such prohibitions were unconstitutional—a finding that would undergird full marriage equality 48 years later. The Lovings spent the rest of their lives happily married, unwittingly serving as a testament to the power of love to conquer hatred.  The final statue added to Monument Avenue must be of Mildred and Richard Loving—a statue to show us justice is inevitable and that love defies all prejudice.

In those same exit polls from last November, only 30 percent of Virginia voters felt Confederate monuments defended slavery. Virginians are not alone in our misremembering of history; a 2017 survey found that only eight percent of high school seniors identified slavery as the cause of the Civil War. The removal of our Confederate statues is not only unpopular, but indeed morally wrong. The correct way to deal with the past is not to tear it down and hide it away. We must look our messy, ugly past straight in the face and examine the full spectrum of roles Virginians played in our history—from victims to perpetrators to those who give us hope for a brighter tomorrow.

If our goal as a society is racial reconciliation, then our unique burden as Richmonders must be to educate ourselves and others to embrace a complete and representative history of slavery and the Civil War.