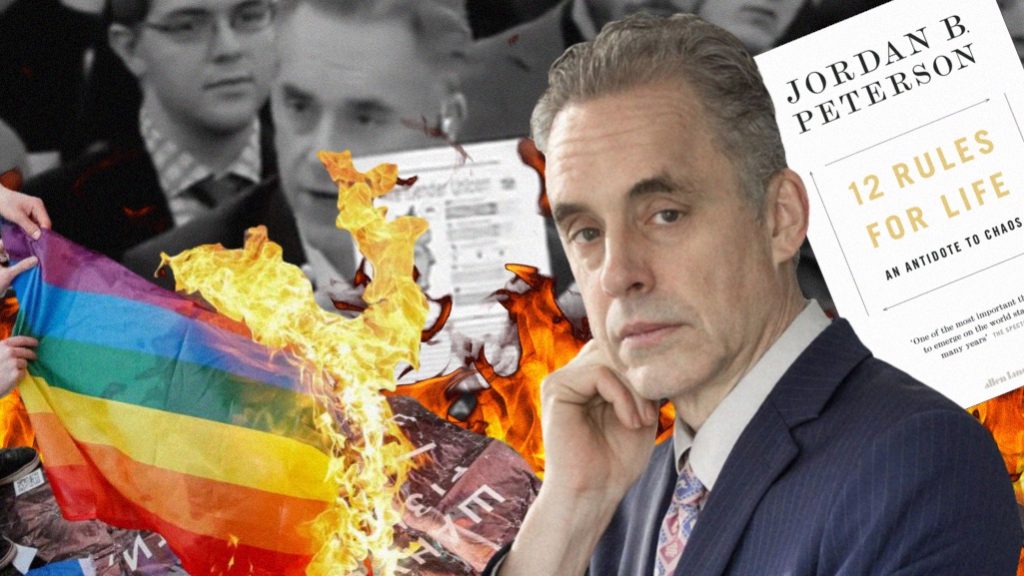 I will be honest: I am tired of talking about Jordan Peterson, the divisive Candian professor-turned-philosopher, and author, who happens to be making his way to Richmond this Saturday as part of his “12 Rules For Life Tour.” I am tired of defending his lectures on archetypes against his detractors. I am sick of criticizing his comments about women and the LGBTQ community to his devotees.

Having a middle-of-the-road opinion about Peterson is exhausting and isolating. And while there are more worthwhile voices to listen to today, he has jammed his hand into discussions about race, The Bible, patriarchy, Marxism, gender equality, along with a host of other contentious issues. He is seemingly everywhere. He has gained such rapid popularity by hitting so many conservative buzzwords and liberal pressure points that his publicist deserves a raise, and maybe even his own book deal on marketing. In a little more than two years, Peterson has garnered press coverage from numerous major media outlets, and has seen his YouTube videos hit millions of views, all while effectively planting his flag as one of the most controversial voices in the U.S., Canada, and the U.K.

This is not your primer on Jordan Peterson. Those articles have been written by the score. This is a bird’s eye view of the divide that he has come to represent.

For people on the right, Jordan Peterson is a hero. In his new book, 12 Rules for Life: An Antidote to Chaos, he speaks to a real need to find meaning and stability in an increasingly complex, chaotic world. His research and practice as a clinical psychiatrist inform these rules. Sure, they tend to hover under the title of self-help on the surface level, but it has been a #1 bestseller since its release in January, ahead of hundreds of other self-help books. Peterson’s philosophy has plugged into a group that, for the first time in history, finds itself with a target on its back: straight white men. He rails against post-modernism, Marxism, radical feminism, social justice warriors, and every other group that he perceives to be contributing to the spiritual malaise of western civilization.

For people on the left, Peterson is a “Nazi”. His rise to fame centered around his refusal to follow Canada’s Bill C-16, an amendment to the country’s Human Rights Act which protected gender identity and gender expression from discrimination in the workplace and from hate propaganda. He uses lobsters as an example to explain the naturalness of male hierarchies in animal species. He questions whether women should wear makeup and high heels in the workplace. He has called it absurd that biological sex and gender identity could be viewed as independent. He continues to make comments which highlight the gap in understanding between the throne of white privilege and the real-life tribulations of minority groups in western society.

For those on the right, Peterson can do no wrong. His followers will post videos titled “Jordan Peterson DESTROYS Baiting Leftist Host,” as if that was somehow the point of an intelligent discussion. For those on the left, the scholarly, genuinely apolitical work that got him teaching positions at Harvard and the University of Toronto are unworthy of consideration because of his comments against various minority groups. A moderate approach to Peterson invites derision from both sides: this is an ideological war, and the Switzerlands in this sphere get stomped out and swept aside.

The Peterson debate is so important because it highlights how uncompassionate and how misunderstanding both extremes are in this political environment. To be sure: critics on the left aren’t unfounded in their blasting of Peterson’s stance on women and the LGBTQ community; but the manic criticism and personal attacks that have followed him on his rise to fame are indicative of the increasingly polarizing political climate.

While I was writing this piece, a Richmond-based Twitter account posted pictures of the Dominion Energy Center’s Director of Booking with her newborn baby, inviting followers to publicly berate and shame her. The discourse has gone absolutely mad. As a result, there’s no real desire to understand how the other side is shaping their worldview and that is extremely dangerous. We are hardly the defining generation of this country, but we are undoubtedly the defining generation: we’ve gotten so dangerously quick at labeling someone a “fascist” that the true meaning of the word, or any other catch-all moniker, is slowly deteriorating.

This runaway partisan extremism isn’t just felt on your Facebook feed either; it’s being tracked by the Pew Research Center and other think tanks who are picking up on this great divide. Since 1994, Pew has monitored 10 political values, and a recent report states that there is “an average 36-percentage-point gap between Republicans and Republican-leaning independents and Democrats and Democratic leaners.” Political moderation in America is being eviscerated, with the base of both parties moving farther away from the center. How much has this grown recently? In 1994, it was only 15 points. Pew also reports that “the partisan gap is much larger than the differences between the opinions of blacks and white, men and women and other groups in society.”

Another fear that the Peterson debate brings to the surface is the rise of illiberalism, a low-information democracy without any “real buffers in the way of sheer populism and demagoguery,” as CNN’s Fareed Zakaria puts it.

A Pew poll just before the 2016 presidential election found that 46 percent of Americans “have lost faith in democracy — or never had it to begin with.” A Harvard study found that “one in six is ready for a military dictatorship.” Another Pew poll from 2015 found that 40 percent of millennials think the government should be able to ban potentially offensive speech, presumably spoken by those on the other side of the fence who they don’t agree with.

What’s worse is that there’s an overwhelming sense that we haven’t seen even seen the worse of partisan politics as we head into the midterm elections this fall. These midterms will be a referendum on the ideological debates that Peterson is bringing front and center.

Jordan Peterson isn’t a real hero and he’s not a real “Nazi”; he’s a figure we’re all spending too much time talking about. What we should be doing instead is talking to real people in our community about how to solve these issues. Regardless of what you think about Peterson, he is bringing the spotlight to crucial debates in our country’s politics and giving us the ability to talk about them publicly. And yes, there is undoubtedly no place for white supremacy, misogyny, nor aggression against the LGBTQ community in the arena of intelligent debate; certainly not all political opinions are worthy of our consideration. We should definitely hold Peterson to task for those comments. But whatever side of this debate you fall on, we should use this opportunity to punch through our own ecosystem, escape the hivemind of partisan politics, and connect with someone on the other side. That is what Richmond, our state, and our country need most now.

Peterson will be at The Dominion Energy Center this Sat., June 9 at 730 pm. More details here.

Mike McCabe is a Richmond native recently returned home after time spent teaching in Spain, Oregon, Texas, and North Carolina. He is a grad student at VCU and also works as the Richmond director for the international concert series, Sofar Sounds. Mike is a borderline-belligerent supporter of Tottenham Hotspur Football Club, likes cold bodies of water, and can often be found walking in Church Hill with his Boston Terrier, Hugo.