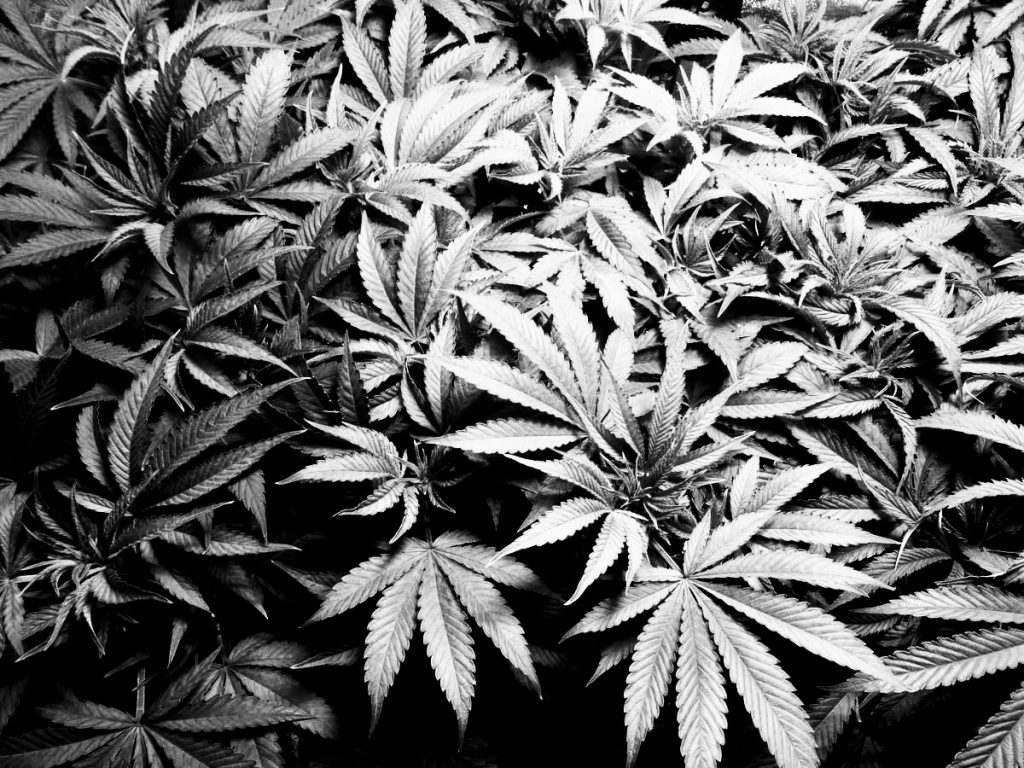 Charlotte Figi was three months old when she first started having seizures. By age two, she began having seizures so severe it resulted in the loss of motor ability. After a series of grueling and rigorous tests, she was diagnosed with Dravet Syndrome, a rare and severe form of intractable epilepsy according to CNN’s report. Charlotte’s family, based in Colorado, was on the verge of giving up before a specific treatment became available one offered the chance for their daughter to live a normal life.

After a change in medicine at the age of six, her attacks decreased to two to three times a month, down from 300 a week, and she was even able to ride her bike and feed herself. And what was the medicine that helped Charlotte so much? The oil extracted from cannabis or marijuana.

Here in Virginia, as the laws currently stand, only patients with intractable epilepsy are able to offer their illness as an affirmative defense in court. For everyone else who could potentially benefit from cannabis extracts — those with cancer, multiple sclerosis, and Parkinson’s, the use of cannabis oil as a medical treatment is still deemed a criminal offense.

“We had pieces of legislation in 2017 that sought to expand patient access and all five of them were tabled in the House Criminal Law Subcommittee,” said Jenn Michelle Pedini, Virginia’s NORML Executive Director.

Recently, though, on Oct. 17, Virginia’s Joint Commission on Health Care released a 93-page report on the medical use and health effects of cannabis. This report was issued in response to a request for scientifically-based clarification about the healing properties and psychoactive effects of cannabis extracts, which can now be legally manufactured by pharmaceutical companies with the passing of Bill SB 1027. This bill authorizes, “…a pharmaceutical processor, after obtaining a permit from the Board of Pharmacy (the Board) and under the supervision of a licensed pharmacist, to manufacture and provide cannabidiol oil and THC-A oil to be used for the treatment of intractable epilepsy.”

However, until the Board of Pharmacy amends the licensing processes for this to take place, these patients will still have to travel to states where it is legal – potentially committing “drug trafficking” offenses to obtain them.

Now I’m not making the claim that smoking marijuana is a “cure-all” for all illnesses as some die-hard enthusiasts claim. What I am claiming is that extracts from marijuana have scientifically proven medicinal benefits, and that must be considered by our policy makers and legislators.

Marinol, which is a full strength synthetic THC — THC being the primary active chemical in marijuana — comes with some side effects, including dizziness, confusion, and the “high” feeling one gets when normally smoking cannabis. Yet, it is available by prescription in the state of Virginia.

The reason for these undesired effects is that it doesn’t have the terpenoids – chemicals that are responsible for giving the plant its distinct scent – and complementary cannabinoids – like THC, there are 113 of these active chemical compounds that are responsible for interacting with neurotransmitters exhibiting the psychoactive effects associated with cannabis.  Both of these naturally occur in marijuana and are able to mitigate these side effects. Without them, Marinol can present more harmful side effects than actual CBD and THC-A oils.

And if a synthetic version of an extract has been proven to be more harmful than the actual substance, there should be no logical reason to make that substance illegal.

This issue of medical marijuana derivatives has been polarizing in the past. However, a recent Quinnipiac poll shows that an overwhelming 92 percent of voters support medical marijuana when it is prescribed at a doctor’s discretion. Hell, 64 percent of the nation even supports recreational use of marijuana.

So what’s the hold-up?

Pedini relayed to me a variety of information on the current state of Cannabidiol Oil Laws (COL) in the Commonwealth. According to her, the delay in legalizing the wider medical use of cannabis oils is due to the those who profit from archaic and failed views on the war on drugs.

“There are certain industries that benefit from maintaining the status quo,” said Pedini. “That is primarily {those} who lobby not only against marijuana reform, but other types of criminal justice reform [as well],”

Specific industries she’s referring to here include the substance abuse management industry, law enforcement, and some legislators that take campaign contributions from these industries. Pedini went on to say, “A lot of these legislators are prosecutors or criminal defense attorneys, and they view marijuana law infractions in a much different context than someone who concerned about medical access does.”. 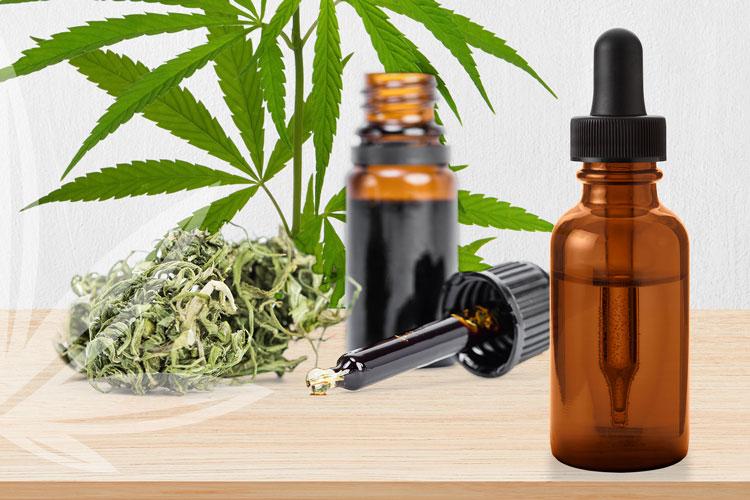 It’s disappointing (to say the least) that these individuals fight to retain control over a system they helped create, even when it means preventing chronically ill people from receiving much-needed care and relief. A common claim by the opposition is that these oils can be used as an excuse to get high. However, the JCHC report admits from the outset that CBD contains no intoxicating properties.

It is psychoactive by nature, as are most drugs, but psychoactive merely means altering your brain function. With CBD oil, that’s as far as it goes, stopping well short of any intoxicating effects. THC-A also does not have intoxicating properties on its own, but a normal 15 percent THC-A dose can be overheated to reach 5 percent THC. This sounds like a cause for concern, but SB 1027 already allows up to 5 percent THC in medications for children with intractable epilepsy.

This is not to mention that obtaining THC-A just to get that 5 percent of THC would be an overly expensive process; doctors’ visits, prescription costs, and deductible payments costs would add up to far more than such drugs would cost on the street.

Besides, these substances won’t fall into the hands of your stereotypical drug dealer anyway; most advocates, including NORML, are in favor of legal medicinal cannabis extracts being treated as any other prescription and requiring a doctor to sign off on its use.

Pedini reinforced this sentiment by saying, “Health care should be practiced by trained medical professionals, and in conference with the actual patient and the provider — not between a state senator.”

Sentiments were expressed by opponents of decriminalization at the recent decriminalization meeting held by the State Crime Commission, however – to the effect that “the leniency on one marijuana-related law will pave the way to full-blown legalization.” With the current makeup of the General Assembly, though, the fear of legalization has no merit, even after the recent shift bringing about a 50-50 split in the House of Delegates.

Statistics also have shown that in states with COL laws have no significant increase in marijuana use for both youth and young adult groups. A study in the journal Addiction recently found that increases in the use of marijuana amongst Oregon college students mainly occurred with students who were already likely to binge-drink. Students likely to abuse one legal drug may be likely to abuse another, but it seems everyone else’s usage stays about the same.

Make no mistake, I do believe that legalization for recreational use should occur. But this is an argument for another day.

It’s also intriguing to note that the report by the health commission features statistics showing that states with medical cannabis laws in place have a 25 percent reduction in opiate overdoses. “It is not a silver bullet to the opiate crisis, but it can play a very meaningful impact,” said Pedini.

Come November 21, the JCHC will meet to discuss policy options and bill options for the 2018 General Assembly. With the reports from both the JCHC and the State Crime Commission, Gov. McAuliffe signing SB 1027 allowing for the manufacturing of these extracts in-state, and Governor-Elect Ralph Northam — a former doctor- has expressed an “open mind” to marijuana reform — the ball is in our court.

“By decriminalizing it, our researchers can better study the plant so doctors can more effectively prescribe drugs made from it,” said Governor-Elect Northam on his campaign website.

Virginia, we need to let the JCHC know that extracts are just as safe and effective as most traditional medicines and pave the way for patients to at least have this as an option.