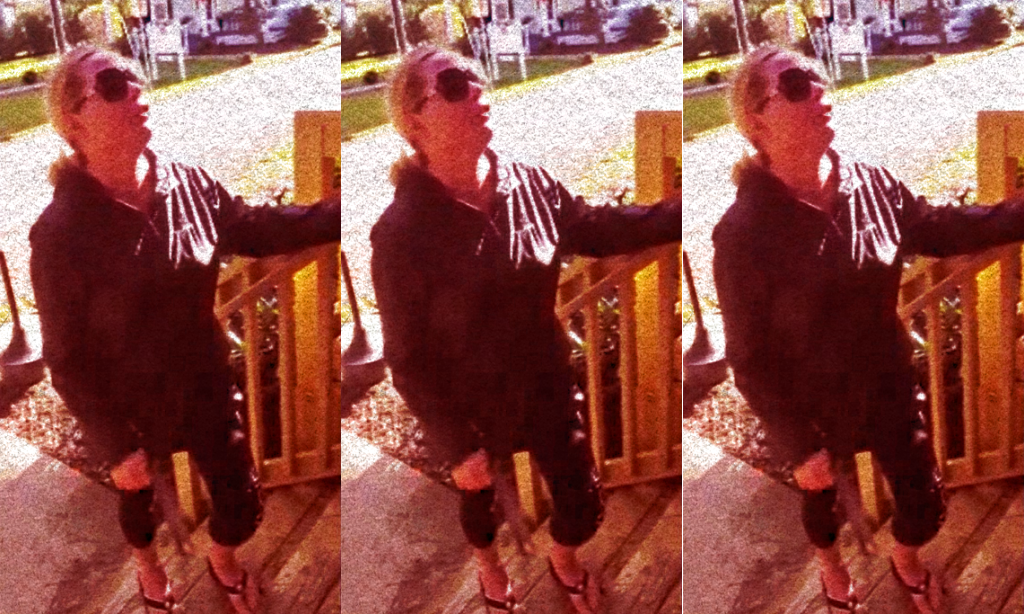 Last week, a local news station brought us another viral video of racial harassment. In a recording picked up by NBC Washington, a woman in a sub shop in Lovettsville, VA reportedly interrupted two women she overheard speaking in Spanish at a neighboring table, unleashing a slur-filled tirade on the two women and their companions. She told them they should be ashamed for speaking Spanish here in the U.S., and demanded that they show their passports.

While the victims have chosen to remain anonymous, they have gone to some length to spread their story. In the NBC4 story, they said that they have stepped up to set an example for the woman’s seven-year old daughter, who was present for the incident.

“It’s not fair that they do this to us, and even less acceptable if there are children present,” the anonymous woman told NBC4. “It’s not fair for any child to have to go through that. You just don’t do that.” This incident marks a growing trend. Earlier in May, news broke in the New York Times of a man buying lunch at a Midtown cafe who overheard workers speaking in Spanish and threatened that his “next call will be to ICE.”

And while immigration rates from Hispanic countries have dropped sharply over the past 10 years, under the Trump administration this immigration has come under intensely magnified scrutiny. Cases of racial harassment and hate crimes are on the rise in many major US cities, as are white nationalist groups. This is all despite the fact that the US  does not specify a national language — and in ignorance of the fact that Spanish, as Senator Tim Kaine once pointed out, was spoken here first.

Even in our current cosmopolitan era, the United States has failed to mandate that public school students learn any foreign languages. As a result, the United States is one the least multilingual countries in the world, with only 15 to 20 percent of its citizens speaking more than just English; for most, it’s enough to simply get through the Taco Bell menu. Meanwhile, immigrants from countries like Mexico and Central America’s “Northern Triangle”– El Salvador, Guatemala, and Honduras — excel far beyond the US in multilingual rates of English, Spanish, and some Mayan dialects.

With midterm elections looming, the topic is often tossed into political debates. Each candidates faces the same small nail with equally big hammers, all fighting to appear moderate in how they swing, while remaining “tough” on our borders. We have an awkward relationship with our southern neighbors; one that extends well beyond filler content for a debate, or the prejudices of some small-town eavesdropper in Lovettsville. It’s this kinship at a distance that has provided rationale for mistreatment of our neighboring nations, as if anything beyond “territorial colonialism” is to lie down as foreigners overtake your lands and reap your hard-earned rewards.

Currently, a migrant caravan, some 4000 strong and originating in Honduras, is headed for the United States’ Southern border, regardless of any speeches the president, who uses words like onslaught and criminal to describe their determination, has made about it. Trump has alerted the U.S. Border Patrol that the caravan is a “national emergency.” He uses emotive language like “onslaught,” “criminal,” and “politically motivated” to describe the caravan, as if they’re a steamrolling mass bulldozing through Mexico with the weight of the plague, coming through crawlspaces and ravines to overthrow our borders and live up to the apocalyptic fantasies so many Americans project on Latino people.

But this group resembles more a pilgrimage than an invasion. Instead of calling them a criminal onslaught, a better discussion to have about this migration is what circumstances have compelled it. Are they truly that bad, that one would leave everything behind, knowing they will probably be rejected at the gate? According to a report by Vice News, for those in the Guatemalan border town of Tecun Unam, living out of a beach towel with children in tow, their current reality is still better than the horrors they had fled.

The logic that keeps the migrant caravan out of the US is the same logic that has stopped Puerto Rico from becoming a state for so long; Puerto Rican statehood has been called “dangerous” and a “burden” to U.S. economy. But whether we’re talking about caravans or statehood, we cannot avoid the inevitability of dealing with our neighbors; to do so is to lay our heads in the sand.

Guatemala, according to CNN, has struggled in the past decade with corruption that has made living conditions nearly uninhabitable, and finding work nearly impossible. Yet while the idea of addressing this issue has received broad bipartisan support, the Trump administration has done little more than the woman in Lovettsville, or the man in that New York cafe; Guatemalan leadership has heard little more than silence from the president, even as he spares few words in his charged rants against Guatemalan refugees.

The simple truth is that, since its inception, the United States has played a huge role in the health and standards of its neighboring countries. In 2018, if we continue trying to demonize and block people out, as if that is a clear solution, our responsibility for their successes and failures alike will only grow.