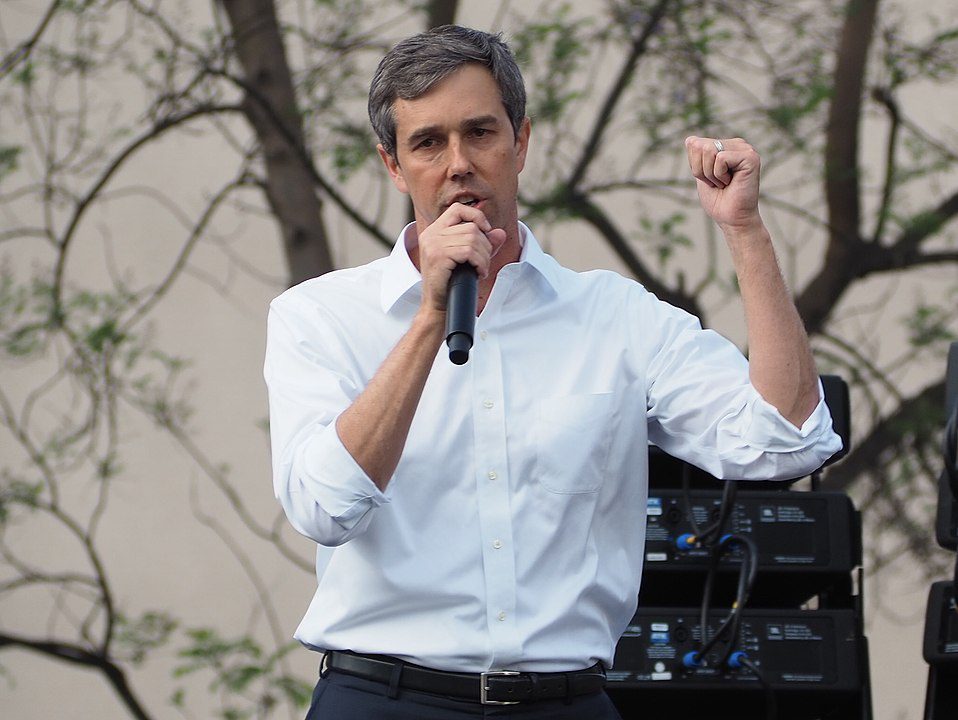 Fall calls for late nights and warm blankets, lost in the small glare of the light from my phone. Tired of endlessly swiping right on the same balding white guy named Jeff holding a spotted bass he is entirely too proud of. Tinder? Never. I’m far higher brow than that. Every classy broad knows Bumble is the way to go these days. That way I can know exactly where you vote before I veto your attempt into my Costco leggings.

I see you’re back again, Beto. With a refueled passion into protecting our basic human rights, my heart feels ready to fall all over again.

Bipartisan? Hell no. Bi part of my heart.

I’m still chasing that elusive dream of Medicaid expansion – and someone to fight for it with me, on our skateboards of hopes and dreams and universal healthcare for all, baby.

This time around I’m looking for someone to make a life commitment with me. I don’t just want someone who understands that my autonomy over my uterus and my own damn body is my business. I don’t just want someone who will haul ass to the Walgreens on Ellwood for Plan B and Vanilla Coke to wash it down. I demand someone who will go through the halls of Congress screaming and fighting for change, and protect the rights of women and nonbinary folks like a sexy Avenger for reproductive rights.

Hey. It’s what Iron Man would do.

I need my Reproductive Rights Avenger to not just trust women and nonbinary folks to make their own decisions about their bodies, but to furiously veto and reject and legislation that tries to control them and their bodies. I need a man who looks at Texas’ current abortion ban, which includes cases of rape or incest, and would allow pregnant people to die instead of getting a life saving abortion, and says: fuck that shit.

Eat it, Abbott. I mean, Thanos.

I need a king of my heart who won’t just wear cute trans rights shirts from down the block (my babe ensures they are from local businesses and artists, to keep that money in his local economy), but will stand toe to toe against Abbott and his transphobes and tell them how we are going to protect and defend our LGBTQ youth and their families, not if. He doesn’t just tell Texans that he supports them, he understands the extremely high stakes for their livelihoods and makes concrete plans to protect them. Like Texas’s first comprehensive nondiscrimination law to protect LGBTQ Texans from discrimination at school, at work, from their landlords, and more.

My honey knows damn well that Y’all means All, baby.

I need a modern man in a backwards cap who flies in on a scooter of sense, who thinks that locking up folks for a harmless substance that is legal in most of the rest of the country is fucking ridiculous. I need a man who won’t just legalize marijuana but will expunge the records of those arrested for marijuana possession.

It’s almost like the new state revenue would be put into better things to benefit the rest of us — like, I don’t know, investing in our future through our public schools and lowering property taxes. Just a silly thought.

I demand a lover who will work day and night to make sure that emissions from the global energy industry are curtailed, and do a hell of a lot better to protect our air, our water, and our public lands by enforcing pollution laws and creating jobs through emission reduction strategies.

Nothing gets me hotter than the idea of creating over 1.1 million high-paying jobs over the next 25 years by investing in geothermal power generation, hydrogen-fueled energy, offshore wind, and more.

Beto – my offer still stands. I’m DTF if you’re DTV – down to vote, of course.

I’ll save you a spot in line at the polls today.