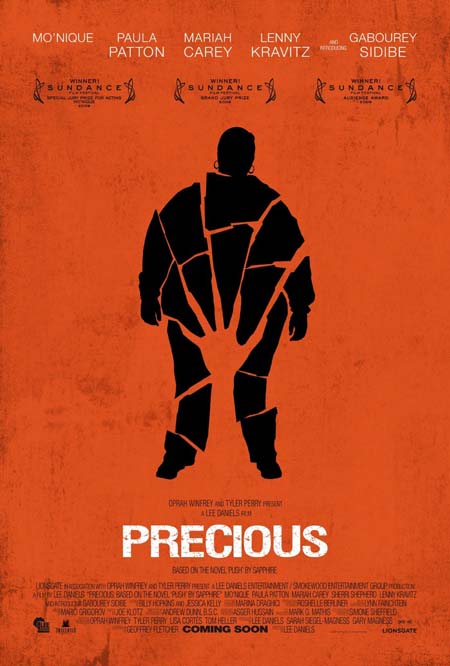 Precious: Based on the Novel ‘Push’ by Sapphire directed by Lee Daniels has garnered a lot of controversy and commentary since the November release.

Precious: Based on the Novel ‘Push’ by Sapphire directed by Lee Daniels has garnered a lot of controversy and commentary since the November release. The big screen adaptation of the award-winning novel Push: A Novel by Sapphire from 1996 boasts a unique supporting cast of entertainment heavy weights in roles that reach far outside of their usual characters. New comer, Gabourey Sidibe, makes her acting debut as the title character- an illiterate, pregnant teenager living in Harlem with intensely abusive parents. The film cast Mariah Carey, Mo’Nique, Paula Patton and Lenny Kravitz in supporting roles. There has already been Oscar buzz for supporting roles and the film has won several awards at Sundance and the Toronto Film Festivals and has been nominated for a slew of others including several top awards at the Independent Spirit Awards. -LV 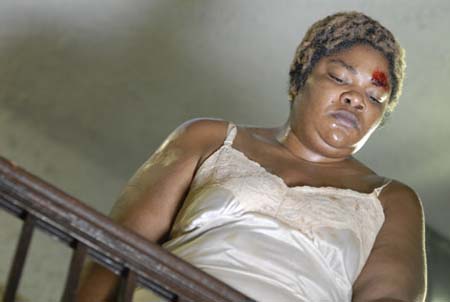 Precious has a problem.

It’s an extremely powerful film. It has that quality that all terrific narratives have: it pulls you in, grabs you by the ears, aims your attention, thoughts, and emotion at the screen and refuses to let them go until end credits roll.

There’s just no denying that Precious is an excellent film. The problem with Precious is that pesky double-consciousness. It’s not one film, it’s two films in one. Over a hundred years ago, W.E.B. DuBois, in The Souls of Black Folk, wrote about black America’s double-consciousness, this sense, as he put it, “of always looking at one’s self through the eyes of others, of measuring one’s soul by the tape of a world that looks on in amused contempt and pity.” That was the issue that confronted Sapphire when she originally wrote Push, the novel on which the film was based, and it’s the issue for the film itself. The problem isn’t with the film; the problem is its simultaneous status as cultural document, as inevitable statement on black America. 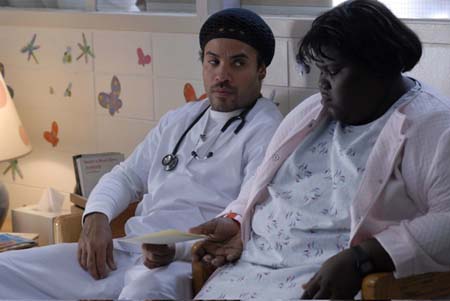 Me, I try my best to ignore double-consciousness. I know it’s real, I know it lurks, but I want to feel as if I can live my life unfettered by racial weight, unencumbered by the sense that I always have to be aware of “whut de white folks think.” Who cares what they think, I tell myself. What does it really matter?

And for the most part, I’ve trained myself to convince myself that it doesn’t matter at all. Yes, dammit, Precious was, after all, a good film. But then I think about the fact that the literary agent representing Sapphire sold Push for six figures in a matter of hours, even though it was only a partial, one hundred-page manuscript. I think to myself: three-hundred pound, ghetto-bound, illiterate 13-year-old black girl, pregnant with her second child, both by her father. And against my will, my double-consciousness beeper goes off, loud and long. That’s how they see us, I can’t help thinking. That’s why publishers are so eager to buy, because they know it’ll sell. That’s who they think we are. Animals who’ll eat anything, screw anything and anybody.

I wish I didn’t have to think that way; I try not to think that way. I have white colleagues I appreciate, white friends I enjoy—but I’m just not as blithely innocent as the next guy. I can’t fool myself into playing the we’re-all-colorblind/race-doesn’t-matter game. It does matter. And yet… The wonderful, amazing thing about Lee Daniels’ film is that he somehow found a way, wading through all the dysfunction, all the presumed pathology, all the poverty, the abuse, the rape-pregnancy-AIDS pain, to find and underscore Precious’s humanity.

And that’s the bottom line for me. Is it a shame that the only way America can pay attention to the black urban poor is via a fictional 300-pound incest victim? Yes. But while white America might enter the theater ready to marvel, yet again, at bestial black people, the triumph of Precious is that they must leave the theater understanding that the title character, though pluck and grit and tenacity, finds and affirms her essential humanity. None of that solves the problem of double-consciousness, but I guess, for now, that will just have to do. 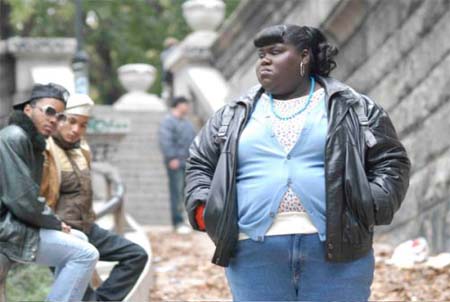 Dr. Bertram Ashe, Associate Professor if English at the University if Richmond weighs in on this important film and the existence of double-consciousness in this film and in life.

Ashe is the author of several books and essays including From within the Frame: Storytelling in African-American Fiction. (New York: Routledge, 2002.) “‘Under the Umbrella of Black Civilization’: A Conversation with Reginal McKnight,” African American Review, Vol. 35, No. 3, 427-437 (Autumn 2001) and “‘Why Don’t He like My Hair?’: Constructing African-American Standards of Beauty in Toni Morrison’s ‘Song of Solomon’ and Zora Neale Hurston’s ‘Their Eyes Were Watching God,'” African American Review, v.29 (1995)