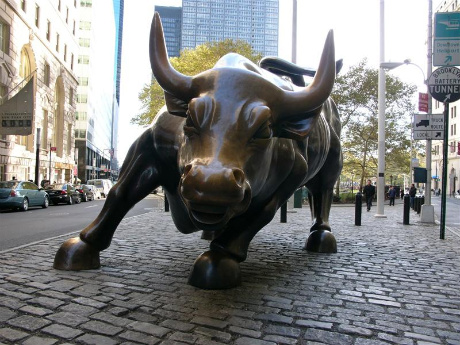 Psyched Out or Psyched Up?

Born two centuries ago this year, Edgar Allan Poe is Virginia’s favorite adopted son and one of America’s most renowned authors. His work is as creepy and insightful today as when it was written – and surprisingly relevant.

Born two centuries ago this year, Edgar Allan Poe is Virginia’s favorite adopted son and one of America’s most renowned authors. His work is as creepy and insightful today as when it was written – and surprisingly relevant. For example, Poe’s detective story “The Murders in the Rue Morgue” was written in 1841 in the context of a previous speculative disaster, the panic of 1837, offering us potentially useful insight for today about errant attention and the warping of perspective. His main character August Dupin critiques the method of Vidocq of the French police force, noting that too close or too frequent an inspection can mislead us and limit our vision:

“…he erred continually by the very intensity of his investigations.
He impaired his vision by holding the object too close. He might
see, perhaps, one or two points with unusual clearness, but in so
doing he, necessarily, lost sight of the matter as a whole…By undue
profundity we perplex and enfeeble thought…”(412)

This could be an accurate description of the obsessively focused perspectives of our handsomely compensated economic “experts” on the news. Under their daily drizzle of dreary economic numbers and the droning drip of their expert opinion, we might reconsider whether we should allow them to “perplex and enfeeble” our thought with their frightful predictions. Our expectations become excessive and our fear becomes magnified us as we become hypnotized by the assumed certainty of their numbers. Though we consider numbers absolutely precise and infallible, they are often more fuzzy than we realize. And like words, numbers can be manipulated to mislead – just ask the investors who put their faith in Bernard Madoff’s fictional calculations.

Despite their ubiquitous media presence, experts that did not foresee this crisis, or the failures of the laissez-faire model that caused it, can no longer be considered credible. Of this group, we can at least tip our hat to Alan Greenspan, perhaps the only expert with the integrity and courage admit his error and the failure of the laissez-faire model – a model built on “invisible hand” magical thinking, deceptive rhetoric and rigged numbers. In spite of our pretense to a rational economic approach, the truth is obvious: the market is distinctly not rational, and all the experts in the world cannot reign in its hysteria.

It doesn’t take a study to prove the self-generated nature of our economic woes, nor does it take a detective to locate the people and ideas responsible for the collapse and our continuing panic. However it does take a keen eye to see through the hocus-pocus and hysteria to envision fresh ideas and new solutions. Greenspan’s famous and accurate phrase “irrational exuberance” might give us a clue about how to do this.

The word “exuberance” usually denotes emotional enthusiasm, but it also refers to prolific production, and overproduction is one of America’s least examined economic dogmas. When it becomes the norm to overproduce, or to spin out complex and questionable investment “instruments” in order to force double-digit profit margins, distorted expectations and disaster are certain to follow. As Doc Sarvis puts it in Edward Abbey’s Monkey Wrench Gang, an obsession with unlimited growth is “the ideology of the cancer cell” (196). Because some have followed this cancerous ideology, we are currently adrift in a sea of irrational fear, but the good news is that Greenspan’s phrase also suggests that there can be a rational exuberance that is both sustainable and socially responsible.

Parroting the party line of laissez-faire, our experts demonstrate that they have neither foresight nor new ideas. Their sniping at Obama’s Keynesian rescue package is less about its potential for success than it is about their uncritical devotion to a failed economic model. In their attempts to frighten us with the boogey-man of “socialism,” laissez-faire devotees demonstrate a simplistic understanding of economics and a sad lack of community concern. We should be suspicious when their exaggerated concern over deficits caused by social spending never occur for huge deficits caused by criminal wars that boost corporate profit.

Instead of allowing overrated, overpaid experts to get us all psyched out, we could choose to get psyched up for the new day dawning in America. And with the shameless greed of our Wall Street hucksters and incompetent bank executives, we desperately need a new dawn. Maybe we can consciously shift from selfishness to responsibility, from exploitation to sustainability, and from short sightedness to wise forethought. What if we deliberately chose a “rational exuberance,” dismissed our discredited experts and deliberately cultivated our classic American “can-do” attitude? What if we chose to foster genuine independence via local organization and community solidarity instead of competition, separation and exploitive corporate models? The stupidity of cupidity is obvious so perhaps it’s time for a new priority and a new approach.

Maybe our experts don’t know any more than we do. Maybe we should start to have a little confidence in ourselves, in our own ideas and in each other. After all, when it comes to economics, we’re not
talking about the laws of gravity here. The machinations of the market are neither natural nor inevitable – they are completely invented and clearly out of our control. However, we do have control over the focus our attention. We can choose to be like those French police, obsessive and narrow in our focus on the numbers and quarterly profit margins, or we can turn our eyes from this crumbling short-sighted scheme and look at one another, at our communities, and at what we can do to help repair the damage and collaborate to invent sustainable, just and honest economic models that are more worthy of our investment. We can have the courage to try something new, or we can return to the same old corporate program, chanting the same old slogans and hope that this time they will come true.