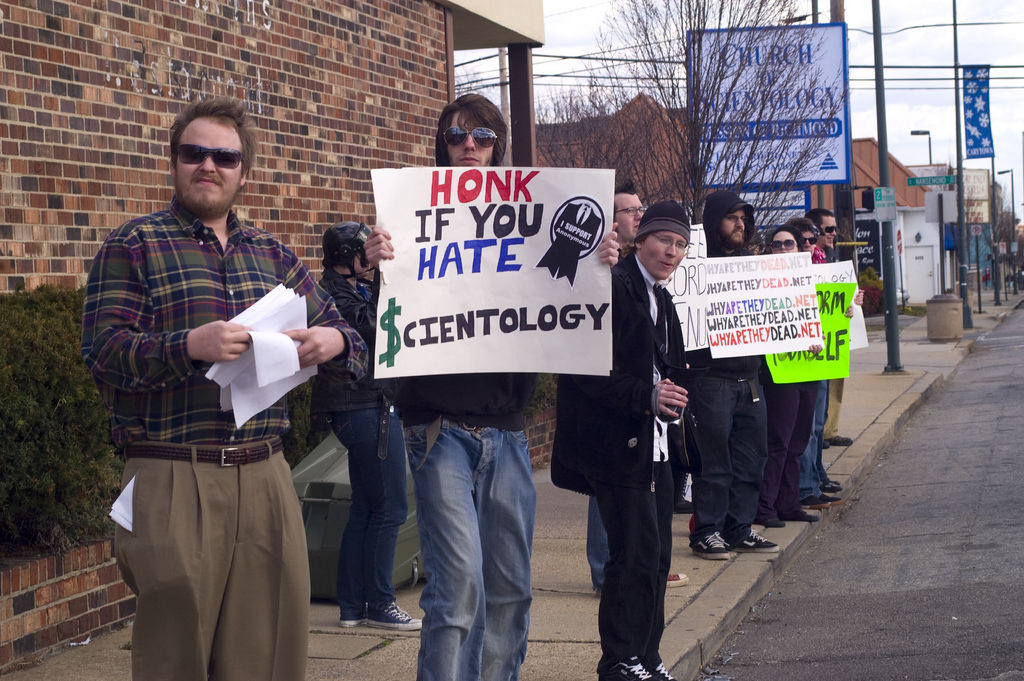 Carytown is known for a lot of things, but one thing folks have been more than happy to forget is the old Richmond Scientology Center.

Carytown is known for a lot of things, but one thing folks have been more than happy to forget is the old Richmond Scientology Center.

Why even bring this up? HBO had a pretty impressive documentary premier last night called “Going Clear” – it chronicles the development and recent history of the ‘faith’ as it started on sci-fi author L. Ron Hubbard’s rusty old boat and evolved into a billion dollar ‘religion’ with dwindling congregants and tax-exempt status.

Check out the trailer below, and you can watch the entire special on HBO GO.

But Richmond has it’s own thetan-fueled-past. The facility opened in 2008, at the corner of Nansemond and Cary st, and was headed by Dr. Mat Pastore. You can check out a lengthy Q&A held with Pastore in a very old post from the TD.

Most of it is pretty boring, but Pastore said, at the time of the post, RVA played host to about 100 practicing Scientologists.

Around the same time the article was published, some folks actually held a protest at the center, opposing the church’s history of violence and attempts at silencing critics.

Scientology has often been accused, as shown in “Going Clear,” of using unorthodox methods to shut people up – from blackmail, to stalking, to violence.

You can see some video of that protest below:

The HBO Documentary similarly shows how screwed up the church is, at least according to a number of ex-members.

According to Style Weekly, the Carytown center closed its doors in 2011 to little fanfare.

Is Scientology a cult? I have no idea, but “Going Clear” did a great job of making the group look totally freak’n insane.