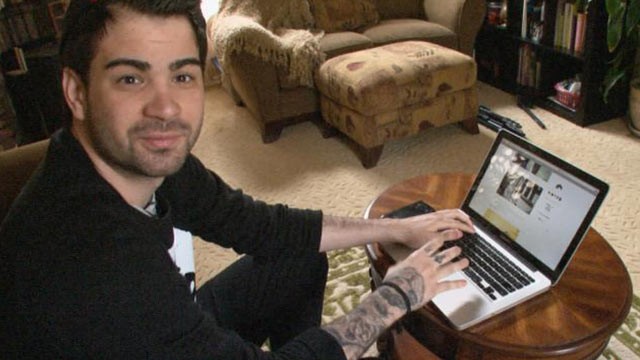 Revenge pornography is one step closer to criminalization in Virginia after recent amendments to House Bill 326 helped pave the way for the proposed legislation to clear the House of Representatives.

Revenge pornography is one step closer to criminalization in Virginia after recent amendments to House Bill 326 helped pave the way for the proposed legislation to clear the House of Representatives.

Delegate Robert Bell, R-Charlottesville, is the chief patron of the bill, which would classify the unlawful dissemination or sale of pornographic images as a Class 1 misdemeanor in the commonwealth.

Bell’s legislation passed the Criminal Law subcommittee unanimously (11-0) this past week. But he says clarification was needed before HB326 could progress.

“This would be the issue where a person initially gives permission to use the (pornographic) pictures,” Bell said. “And, subsequently, (the recipient) uses them (the photos) maliciously to intimidate or harass them (the victims).”

The key word is “malicious.” The bill originally stated an offender needed to cause the victim “substantial emotional distress” in order to be charged with the crime. However, several legislators insisted such language was too vague for interpretation.

Therefore, the subcommittee narrowed the definition of “revenge pornography” to require malicious intent on behalf of the offender in a criminal case.

Bell says the inclusion of recognizable legal terminology allows future cases to be judged more on precedent than individual circumstance.

The subcommittee also agreed to remove a clause in the bill that initially established a new Class 6 felony for the dissemination of pictures depicting a person under the age of 18. Bell says the felony clause was removed because such acts already violate current Virginia child-pornography statutes and legislation including fiscal impact was unlikely to pass.

Delegate Marcus Simon, D-Falls Church, proposed a similar legislation at the beginning of the 2014 session, which has since been encompassed by HB326. He says he views the bill as a deterrent to revenge pornography.

“If you put something on the Internet, it can never be erased,” Simon said. “The best we can do is to prevent it (revenge pornography) from happening in the first place.”

Despite the unanimous vote in the Criminal Law subcommittee, not all lawmakers are quick to call revenge pornography a crime. Delegate Scott Surovell, D-Mount Vernon, says he has mixed feelings about the bill and isn’t sure that civil action isn’t more appropriate for revenge pornography cases.

The American Civil Liberties Union Virginia Chapter also has voiced opposition to HB326 because the legislation could wrongfully expose the immaturity of minors.

“This bill has the potential to make criminals out of kids,” ACLUVA stated in an email. “Children lack the maturity to fully comprehend the short- and long-term consequences of forwarding a boyfriend or girlfriend’s inappropriate photos, videos or texts.”

Additional concerns about constitutional privacy rights are relevant too, according to ACLUVA, but the organization has not actively lobbied against the bill.

If passed, violators of the revenge pornography law would be subjected to a $2,500 fine and a maximum of 12 months in jail.

The House Courts of Justice Committee is expected to vote on HB326 this coming week.