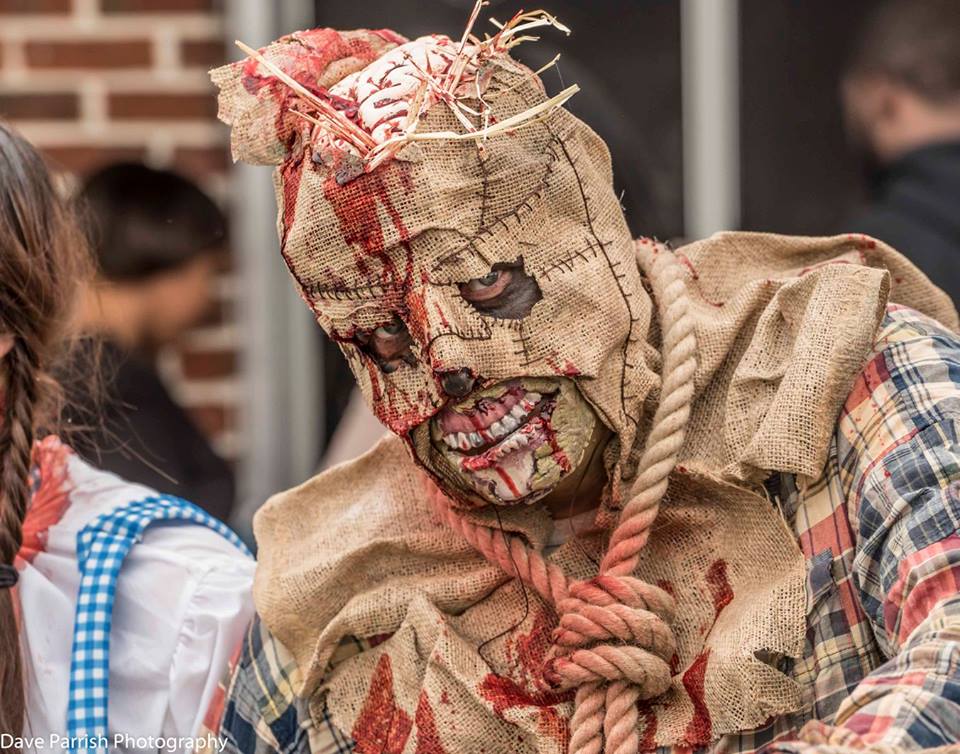 The Richmond Zombie Walk is an annual event that brings real life corpses back from the dead and spreads them around Carytown.

The Richmond Zombie Walk is an annual event that brings real life corpses back from the dead and spreads them around Carytown.

Alright, not exactly, but Assistant RVAMag editor Amy David spoke with the event’s organizers to find out a bit of history on the event:

The walk was originally started in 2005 by Roger Barr. Bishop said Barr based it off of flash mobs that were holding similar events in Canada. Ihe idea was to have zombies walk though a local mall, because what could make for a better scene than zombies in a mall? But things didn’t go quite as planned the first year.

“We were supposed to go to Short Pump Town Center…Roger was getting everybody hyped up and ready to go it was a super small crowd and Henrico Police showed up and they were like, ‘hey if you guys go to the mall you will be arrested for disturbing the peace.’”

Bishop said one of the participants in the walk the first year happened to work at the mall and told his manager who told mall security who contacted police.

Check out the rest of Amy’s piece here.

The good news is Saturday’s 11th Annual RVA Zombie Walk went off without a hitch. Check out some photos from the day below via Dave Parrish Photography.