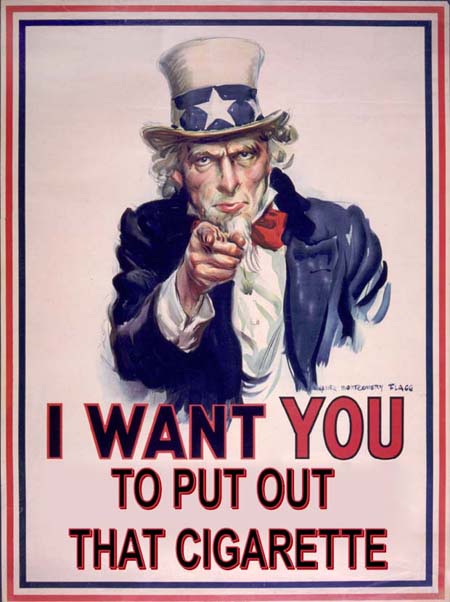 December first is upon us; today begins the Virginia smoking ban. While there are some exceptions to the ban, most establishments that serve food (including bars and hookah bars) will have to ban smoking inside their establishment or pay a fine of $25 for each violation.

December first is upon us; today begins the Virginia smoking ban. While there are some exceptions to the ban, most establishments that serve food (including bars and hookah bars) will have to ban smoking inside their establishment or pay a fine of $25 for each violation.

Some non-smoking bartenders and waitresses are sighing with relief. Working in a smoky bar or restaurant can be tough on their lungs, and some are welcoming the fresh air. One Richmond bartender who did not wish to be identified (let’s call him Sam Malone) said that he has asthma which is sometimes triggered by second-hand smoke. He also hates having to empty ashtrays and wash his clothes after every shift. Many of his coworkers are smokers also who smoke on the job. Malone thinks non-smoking coworkers will be able to help enforce the ban, which he calls long overdue. “It will level the playing field to get smoking and non-smoking customers to come into the restaurant,” he said. “I will breathe better, as will my other non-smoking coworkers. It should cut down dramatically on the smoking of my smoking coworkers.”

Kendra Feather owns two restaurants in Richmond, popular “pro-veg” spot Ipanema, and her new place, Garnett’s, also in the Fan. Garnett’s is already a non-smoking establishment, and Ipanema has tried to limit smoking to outdoors on the patio and after 11pm. Feather, who has smoked off and on since she was 16, plans to adhere to the ban. Ipanema’s outdoor patio complies with the ban’s regulation that a smoking area must be separated by a door. “I really don’t want to be the poster child for either side,” said Feather. “Or be the authority figure that smokers choose to rebel against. I will just be happy to comply with the ban.” 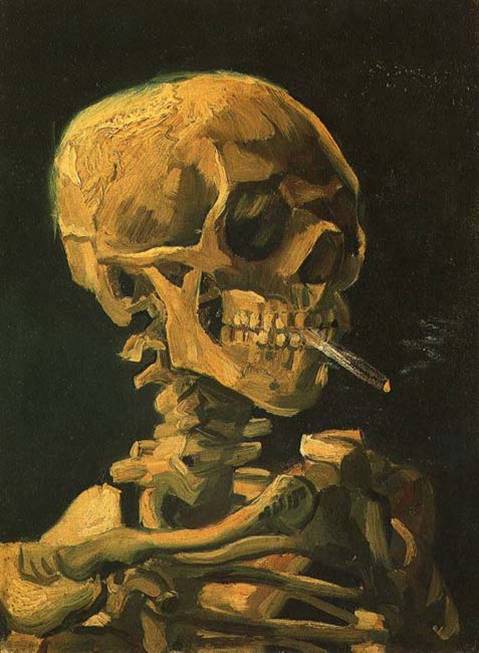 Not all business owners, bartenders, and patrons agree with the ban. William, a non-smoking employee of Fallout and Mars Bar, said he thinks the ban in ridiculous. Fallout will still be allowed to permit smoking inside as it is a private club, but next door, Mars Bar will have to comply with the ban. William is concerned about a number of problems the ban may create for bars, citing an increase in litter and a possible decrease in safety as top concerns. He believes security issues will arise as patrons go in and out of the establishment to smoke. He has also heard of an increase of fights and harassment between intoxicated patrons and passers-by in other states that have smoking bans.

Mars Bar is located in a historic neighborhood, Shockoe Bottom, where altering a building or building an addition is often prohibited. A special smoking area is virtually out of the question. Smokers will have to step outside to light up.

William also wondered if there would be a spike in membership applications to Fallout. Fallout is a private alternative club with limited entry that caters to the fetish community. William thinks more people may check it out now that the smoking ban is in place, but said that they will not change their membership policy or club rules. 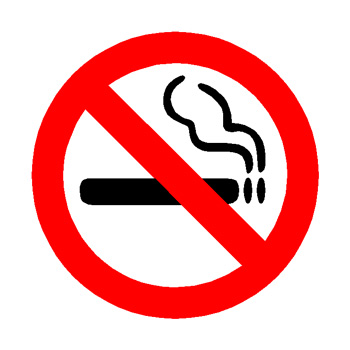 Browning Keister has been smoking for ten years now. He is not thrilled with the ban. He smokes about a pack a day, and smokes more when he is out drinking. “To me, and most smokers I know, nothing goes better with a beer than a cigarette,” Keister said. He thinks there will be economic ramifications because of the smoking ban as well as safety concerns.

Keister believes that in our present economic climate, the state should not be doing anything to lower the amount of revenue small businesses can pull in. This lost revenue could be from cover charges and time spent away from the bar buying drinks, or tipping waitstaff while patrons are outside smoking. “Further, in a state whose economy has depended on tobacco since the founding of Jamestown, I think it is a bad move to openly aggravate the tobacco business,” said Keister, “[Phillip Morris] having recently relocated their headquarters to RVA after leaving NYC because of increasing regulation of the industry and smoking.”

Keister also believes that problems could arise from drinks being left unattended, and that it could lead to more opportunities for sexual predators to tamper with unattended drinks. When asked if he would be willing to pay a membership fee for a private club that allows smoking, Keister said that he most likely wouldn’t; instead he would just go out to bars less, and would see live music elsewhere. “Maybe I’m just prematurely nostalgic, but smoking in a bar is a big part of live music, especially the music I like to go see.”

Although Keister admits that the ban will be better for non-smokers’ health, he, like many objectors of this ban, are wary of the state telling private business owners what to do with their establishments. However, Malone disagrees. “I have heard a lot of chatter about this being an infringement of personal rights, particularly of the bar owners’ rights to determine the activities of their own businesses,” said Malone “It is akin to arguing that the owner of restaurants had the right to refuse to serve blacks, or gays, or any other minority. So I find the whole “nanny state” argument to be patently flawed.”

Keister feels that Virginia’s ABC laws are already draconian. In Virginia, all bars must serve food and must have a certain percentage of food sales. This often blurs the line between bar and restaurant. Keister said, “A bar is a place to engage in legal vices, alcohol, tobacco, gaming (where it’s allowed), etc. This would make much more sense if bars and restaurants were separate identities/entities to the state.”

However you feel about the smoking ban, it is going into effect today. Asthmatics will breathe easier and smokers will be confined to chilly decks and closed-off smoking sections, but we’ll all be able to wear our hoodies again tomorrow with out doing laundry. -LV

Are you planning to quit smoking because of the ban? Are you making it a New Year’s resolution? Will you adhere to the ban? Weigh in on the smoking ban issue in the comments section below.