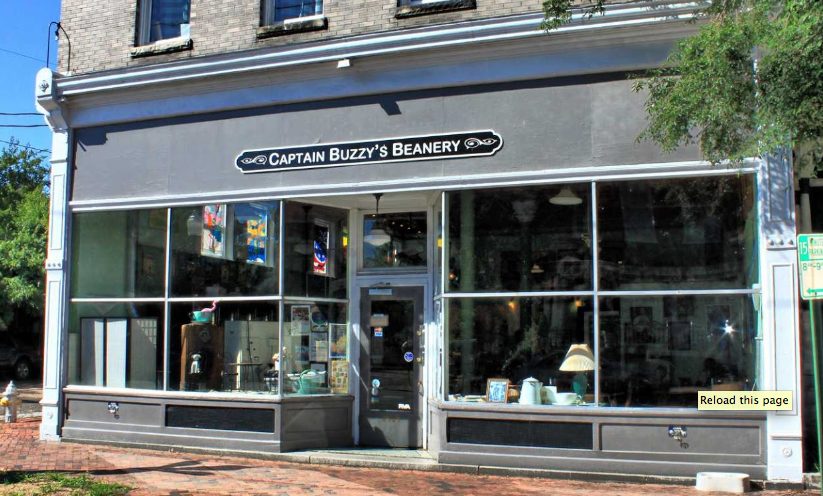 A denied request from City Council for a Church Hill coffee shop’s ability to serve alcohol has resulted in $3.35 million law suit.

A denied request from City Council for a Church Hill coffee shop’s ability to serve alcohol has resulted in $3.35 million law suit.

Bob Buffington, owner of Captain Buzzy’s Beanery, claims members of the Church Hill Association “hijacked” the association and took other malicious approaches to keep him from obtaining the right to sell wine and beer at his shop.

“Plaintiff seeks $350,000 in punitive damages in order to punish these defendants for their conduct and deter them and others in engaging in similarly reprehensible conduct,” states the suit which Buffington filed to Richmond Circuit Court on Monday.

Buffington is also seeking $3 million for “compensatory damages,” from the defendants who are neighborhood residents. John Whitworth, Kimberly Chen, Karen Jones and Amy Beem are residents Buffington said took part in “defamation, misrepresentation [and] unethical conduct” and conspiracy against him in his request.

City Council voted against Buffington’s request in late October with a vote 5-4 to deny the special use permit of the coffee shop. The vote came after a heated community which included a TV ad against the coffee shops proposal, emails labeled in the suit as “misrepresentations” to the city clerk’s office, and alleged exclusive association meetings between some members.

A couple of the defendants are charged with holding personal vendettas against Buffington including Kimberley Chen who the suit claims holds these views “she does not believe Buffington grieved enough when his wife and business partner at Buzzys died of cancer in December 2011.”

Chen was just found guilty of a misdemeanor assault charge filed by Buffington in Sept. when she threw a flower pot at him. The charge resulted in a $50 fine. Chen’s lawyer has appealed the assault conviction and the court date is set for Jan. 8.
Defendants stated also include the Church Hill Association, Chen’s design firm and the 2300 Club.

The special use permit was originally approved by the Church Hill Association according to Buffington but changed their vote which Buffington blames on the defendants’ actions. Other opponents of the request state Buzzy’s selling wine and beer and staying open an hour later would disturb the atmosphere of the neighborhood.

The complaint was 23-pages long and details the actions of the defendants and the “substantial damages” they caused Buffington.

Buffington is being represented by D. Hayden Fisher who says the “unfairness” of this situation has upset many people.
“It’s a big deal to him. It certainly affects his business model,” Fisher told Times Dispatch. “People drink coffee in the mornings. People tend to drink alcoholic beverages in the evenings.”

The suit that was filed last week gave the defendants 21 days to file a response.

“To me it’s just an example of personal interests and egos of a small group of people trumping process,” Fisher told Style Weekly. “It’s a personal group of people who hadn’t even been paying dues were able to lasso the organization and mislead City Council. [Buffington] only wanted to stay open an extra hour and sell beer and wine.”

The civil suit filed by Buffington has received as much response as the original ruckus rose by the community during the voting at city council. Buffington is requesting a trial by jury but a court date has not been set.