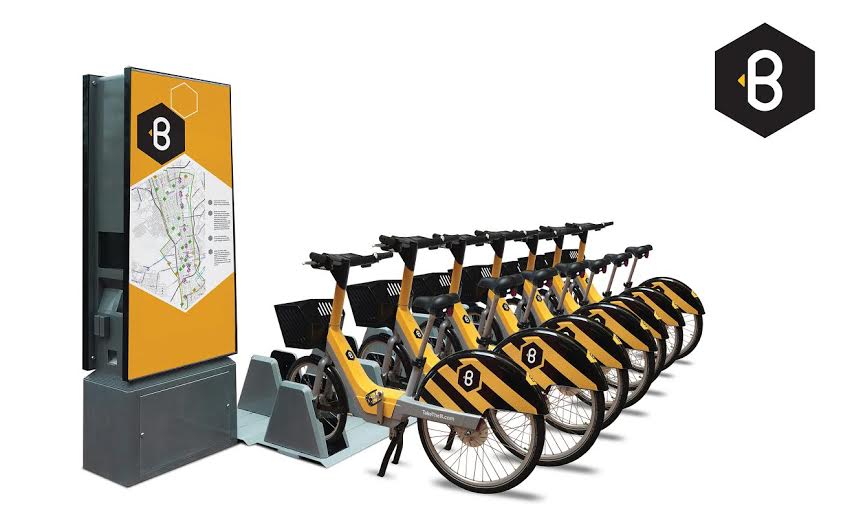 The city aims to ease transportation needs with new bike share program, ‘The B’

Richmond will soon have its own bike share system, opening up a new and affordable mode of transportation for people who would otherwise have to make the journey on foot.

Richmond will soon have its own bike share system, opening up a new and affordable mode of transportation for people who would otherwise have to make the journey on foot.

Earlier this month, the city announced the new program known as ‘The B’, a public system that offers temporary bike rentals with the swipe of a credit card or smart phone. It’s meant for short trips like errands or meetings, bust can also be used to commute to work or avoid a bus transfer.

When the rider is done with their trip, they just have to check the bike back in at one of the docking stations that will be placed around the city. The simplicity of Bike Share aims to make it fast, convenient and readily available and provide an environmentally friendly way to travel around the city quickly.

A contract was established in early 2016 with equipment vendor Bewegen Technologies, who will be supplying bike share’s first phase with 220 bikes and 20 to 22 docking stations throughout the city. The first phase will be concentrated primarily in Richmond’s Central Business District, as well as Carver, Jackson Ward, and some parts of the Fan. The city is paying Bewegen Technologies $393,000 to operate the system for its first year, according to city of Richmond’s press release on the program.

The second phase will launch in 2017 with hopes of doubling the amount of both bikes and docking stations.

The proposed fee structure for “The B” includes an annual membership, a one
month membership, a 7-day pass and a 1-day pass. The first

According to the city’s fact sheet for the bike share program, an annual membership would cost $96, a monthly member would pay $18, a one-way trip would cost $1.75 and a 24-hour pass for a bike woulc cost $6. Richmond City Council must approve the fee structure.

Though safety concerns might be raised for some people regarding the bike share system, Jakob Helmboldt, Richmond’s Pedestrian, Bicycle and Trails Coordinator, contends that the numbers show that bike share systems are safe and city compatible.

“This does come up a fair amount, but there’s been a lot of research,” said Helmboldt. “There was a recent study that was just published that looked at safety among Bike Shares throughout North America. What it finds is there’s a very low crash rate. Any crashes that tend to occur are typically quite minor. The safety record of Bike Share is always exemplary.”

In the past few years, Richmond has been taking steps to make the streets friendlier to cyclists, Helmboldt said, and continues to do so.

“Here at public works we’re continuing to move forward with infrastructure improvements as well that correspond with and complement the Bike Share,” said Helmboldt.

Bike share systems have already proven to be very successful in cities throughout the United States. A shining example of this is Washington D.C.’s Capital Bike Share, one of the larger and more successful bike share programs in the country. In fact, there are probably over a hundred cities in North America that have adopted bike share programs, according to Helmboldt, such as Boston, New York City and Charlotte.

Helmboldt noted that while the city has been working on setting up a bike sharing system for the last three and a half years, he didn’t have a set dae as to when the bikes would be rolled out.

“We have to check with the vendor to see what kind of production timeline is now going to be factored in with them getting the final branding,” said Helmboldt. “We’re also working through some of these station installation details, so that’s still a little bit fluid right now.”