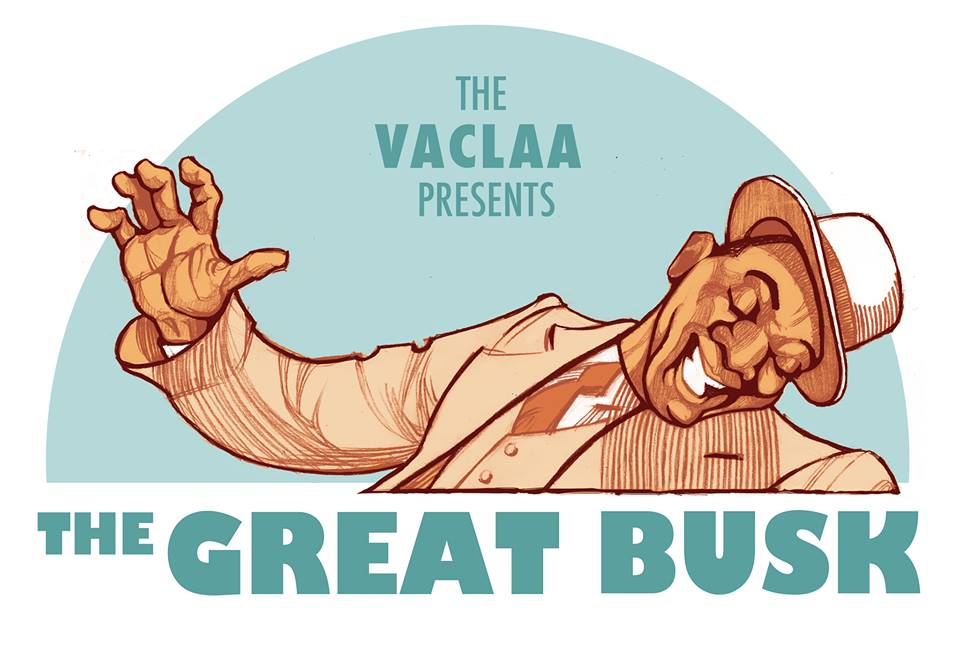 The Virginia Center for Latin American Art (VACLAA), a non-profit organization promoting Latin American art and culture as well as bringing educational arts to underserved Latino communities in Richmond, will be partnering with various organizations to host the first Great Busk, a celebration of various street performances.

The Virginia Center for Latin American Art (VACLAA), a non-profit organization promoting Latin American art and culture as well as bringing educational arts to underserved Latino communities in Richmond, will be partnering with various organizations to host the first Great Busk, a celebration of various street performances.

Busking is a term for street performances, ranging anywhere from musicians and dancers to magicians and acrobats. It’s a type of street art performed all around the world.

“One of my neighbors does collage work and he had a piece that he had done… it was a picture of a Hindu musician playing a flute right next to a picture of a bunch of… gypsies playing accordions and flute. [Busking] is a deeply rooted tradition in all cultures,” said Spencer Turner, program coordinator at VACLAA.

Local musicians of different cultures, such as Frederic Blasco, Marlysse Simmons(in the video below with RVA’s Bioritmo), Barry Bless, and more will be performing at Candala Books and Gallery for the event’s kick off.

VACLAA hopes that the Great Busk will help the group and performers reach out to community members in Richmond. “It becomes a challenge when you’re new and you’re representing a very specific demographic to build a relationship with the wider community. So this is a part of our plan to spread outreach… [We want to] help strengthen our relationship with the community,” said Turner.

This is their first event of this kind, but they hope to turn it into something annual.

VACLAA is working with Paul Hudert, a “professional” busker who worked in Europe as a part of the Garbanzo brothers, as well as a variety of local businesses to make the event local and community-based. “We will be working with places like Ellwood Thompsons and Crossroads, and other small businesses and organizations in the community and this is some of the first opportunity that we’ve had to do that. That’s exciting for us to involve the community,” said Turner.

Turner hopes that this festival will draw artists of all kinds together, and get them to talk about the “very vital part of our culture that’s sort of lacking.” He hopes that the festival “becomes a dynamic opportunity for folks who represent maybe more formal or status-based art community to interact with grassroots-based art community… and inflame conversations about the kinds of things that need to be happening that are very much directed to the whole of the city and all the different demographics of the city.”

Another Great Busk event will be held over the course of two days, where around thirty local buskers will perform to win Great Busk Greenbacks, purchased by the audience for the individual performers. The Greenbacks can be used for other activities as well, such as contributing to a larger-than-life cardboard puppet of Bill “Bojangles” Robinson, a 1930s Richmond tap dancer and actor known for his collaborations with Shirley Temple.

“[Robinson] had as much of an impact as …’higher art’ visual artists, and there’s always the big argument that popular culture actually gives the most pronounced influencer of evolution and change,” said Turner, adding that he would like the audience to take the “appreciation for [Robinson] and what his street performances, and what people like him can do for us, what they can give us.”

Through the Great Busk, Turner hopes that festival-goers will earn a different perspective of street art and what busking is all about. “I hope they come away with the sense of, ‘Wow, I’ll look a little closer now when I see street performers, or strange music that reminds me of this or listen more closely or look more closely with the eyes of the value of those things.’ That would be a great achievement if that happens. Maybe this year it will just grab people’s interests,” he said.

The Great Busk will be held from Thursday, April 3, to Saturday, April 5. The busking shows will be held at Moore’s Autobody Shop on 401 W. Broad St. Proceeds will support VACLAA’s ImaginArte education programs in Richmond Public Schools; Nueva Vida, a support network for Latinos with cancer and their families; and various local street performers who will be performing at the festival.