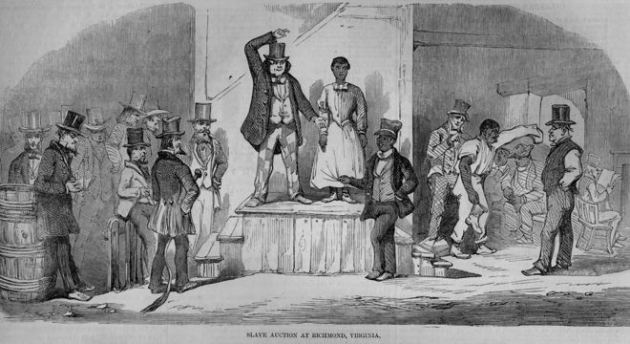 A newspaper article from 1853 made for the basis of an interesting This American Life story this weekend. Described as “very matter-of-fact,” the article details numerous sights and sounds in a Richmond-based slave auction.

Titled “A quite street in Richmond,” the 1850’s piece was written by William Chambers and features the author’s first person account of a tour of the auction houses. Earlier reports of slave markets and slavery in general, according to Chambers, were melodramatic and painted a sentimental picture, but he “preferred to tell the simple truth.”

As Chambers walks between slave auctions, noting on slave advertisements and young Black children pretending to sell each other, it becomes brutal and terrifying.

You can hear the piece below: