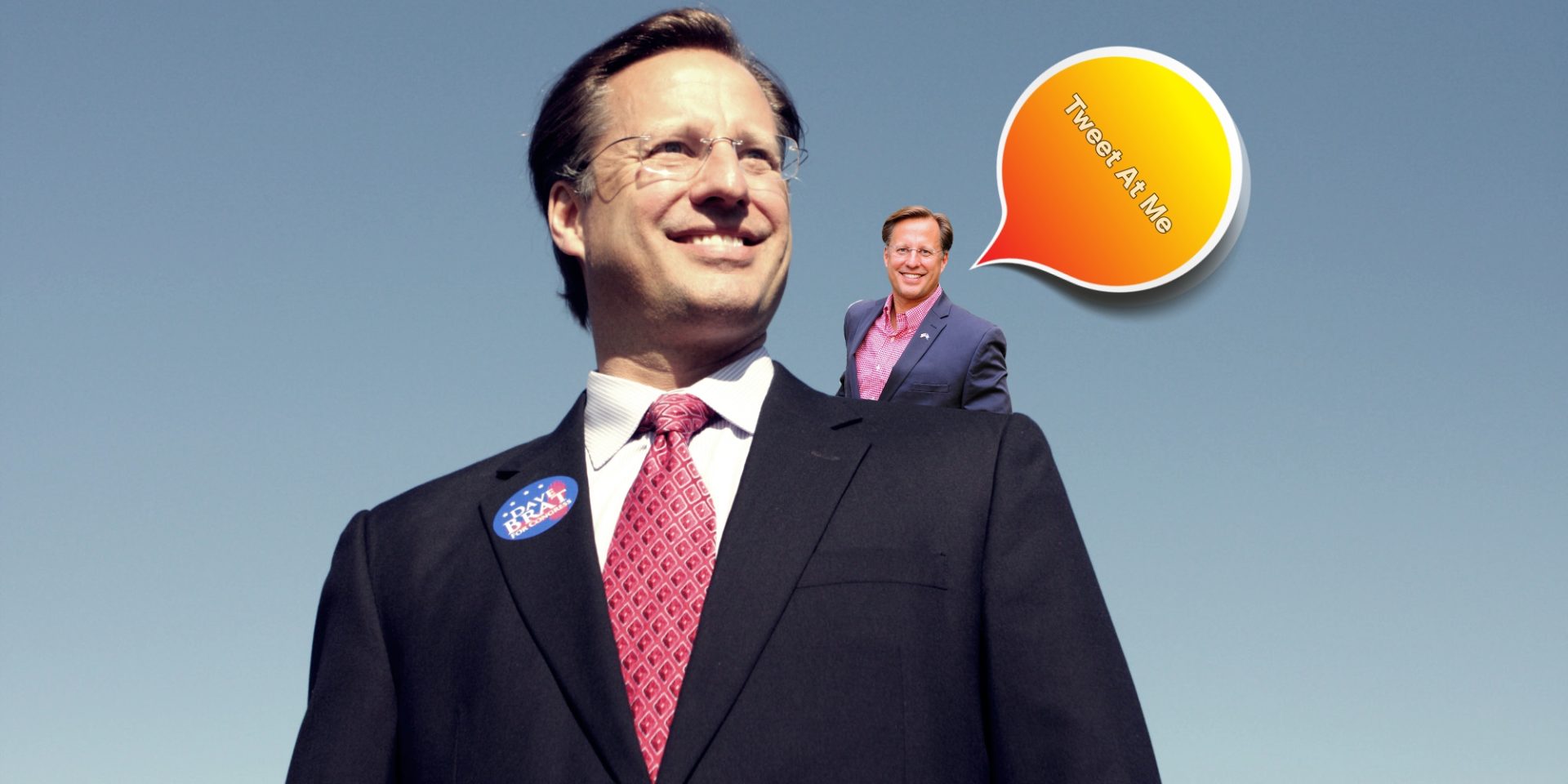 Dave Brat Did That…To Himself

As the potential for a power shift in Congress hangs over the 7th District midterms, candidates Dave Brat and Abigail Spanberger are firing on all cylinders. And despite the Conservative Review having graded Brat as one of the Tea Party’s finest, with a Liberty Score of 100%, polls are all over the place, suggesting a tight contest in November.

With Election Day looming, Brat supporters took some initiative on Twitter with a hashtag – #DaveBratDidThat – because nothing rallies your voting base like a viral hashtag. Unless…

The obvious intention was to paint Brat as a good public servant. However, things did not turn out that way. Instead, the Twitter Gods unleashed their fury with little mercy for the bible-weaponizing gent.

The earliest tweets, fired out by a few of his supporters, highlighted the “achievements” of his administration. Once the tag began to gain some traction, however, it took mere hours before barrages of tweets from people across the Commonwealth began what can only  be described as a hostile takeover of a bad Twitter strategy.

From defunding the national flood insurance program and laughable town hall meetings to Brat’s inability to understand the difference between medicinal and recreational weed, people have been awesomely fucking relentless in bringing up the many lowlights of Brat’s political career.

There’s nothing quite like well-timed irony on Twitter, so in the spirit of good taste and political humor, we at RVA Mag chose some of our favorite #DaveBratDidThat tweets for your reading pleasure on this rainy Thursday afternoon. 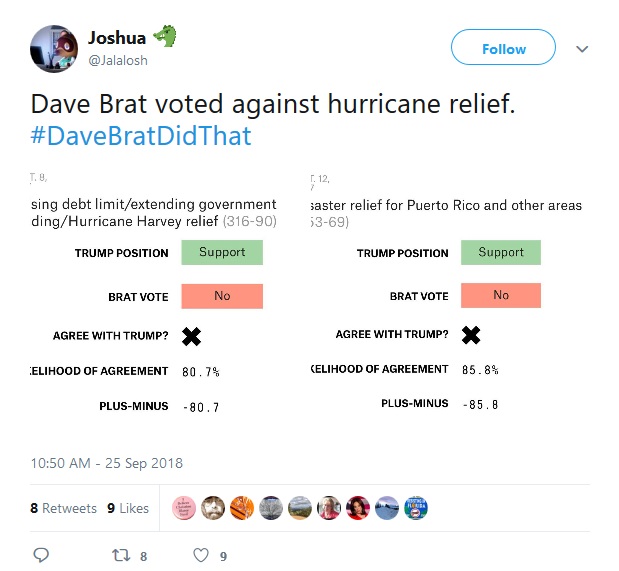 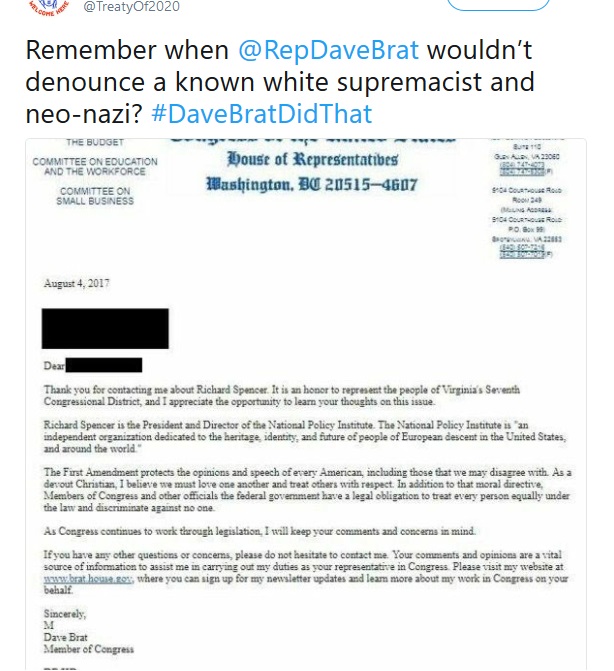 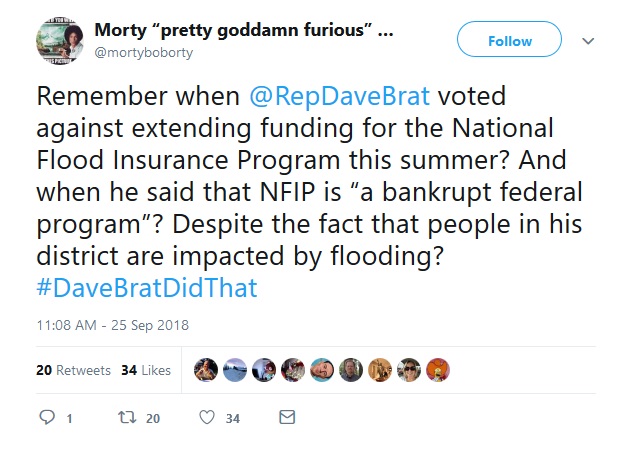 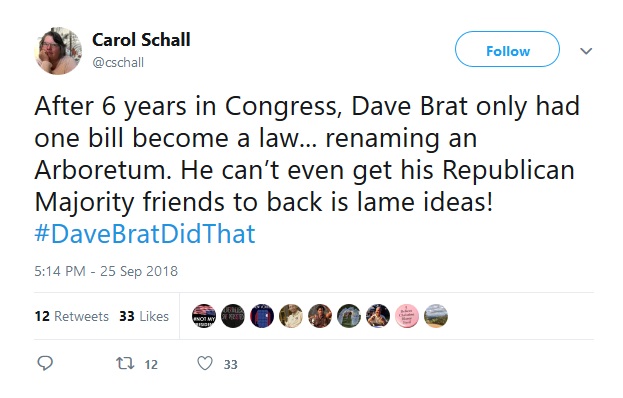 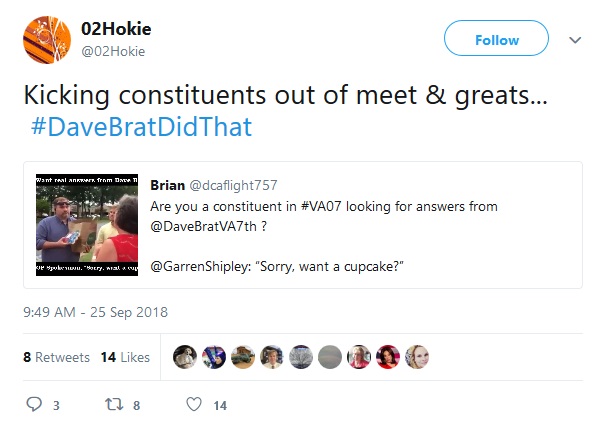 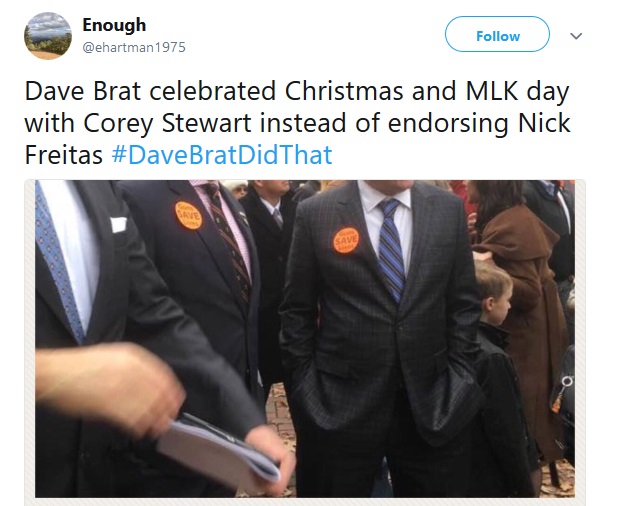 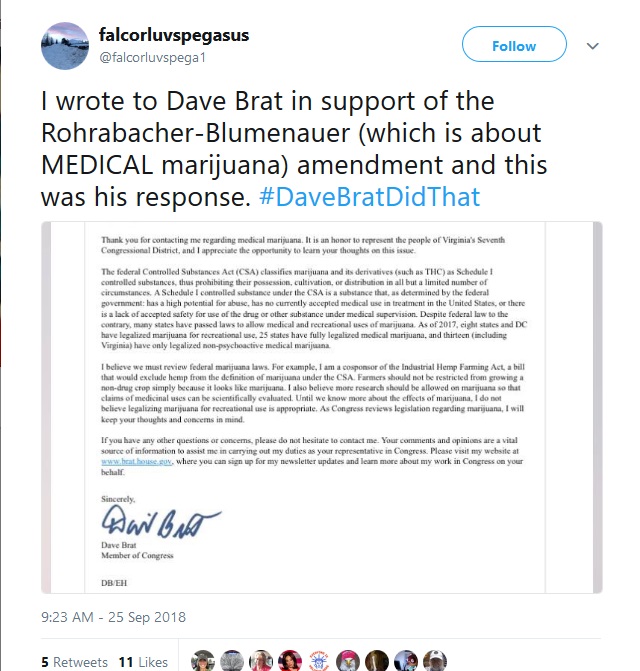 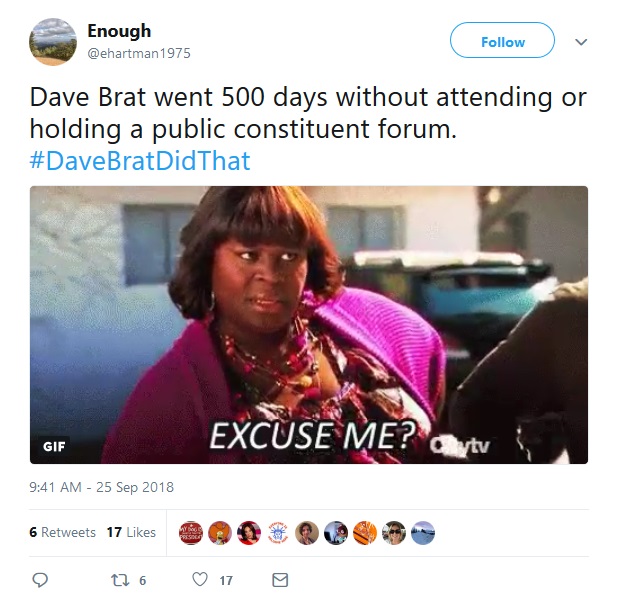 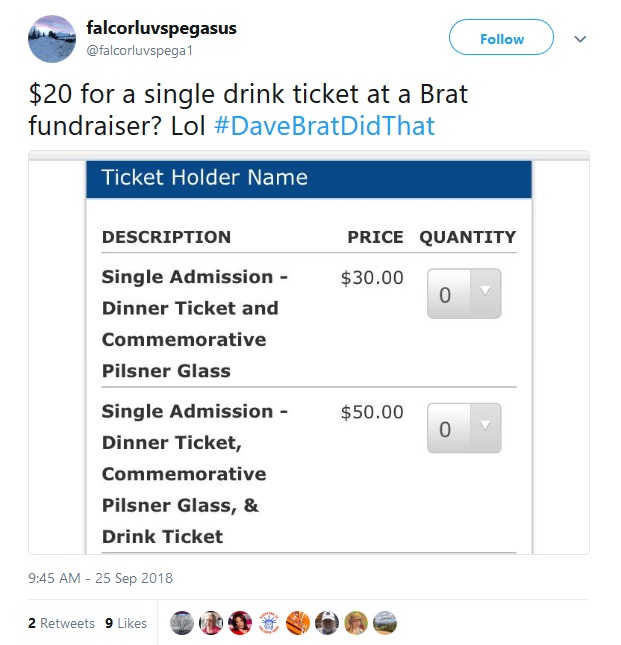 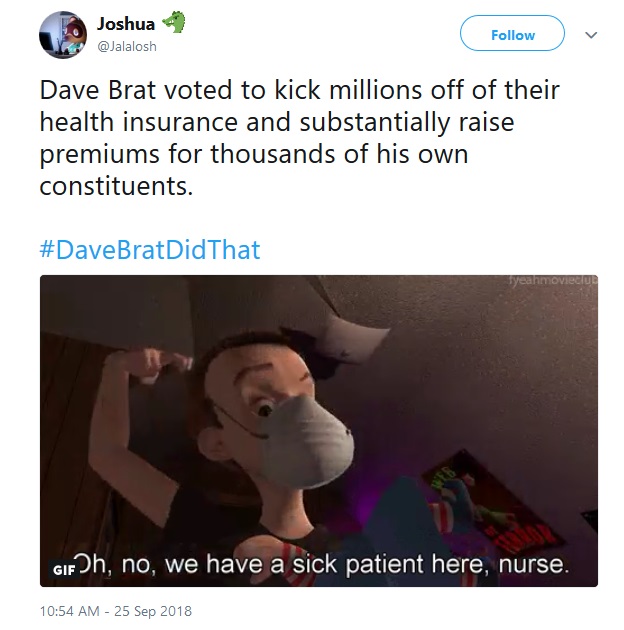 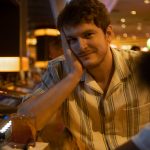