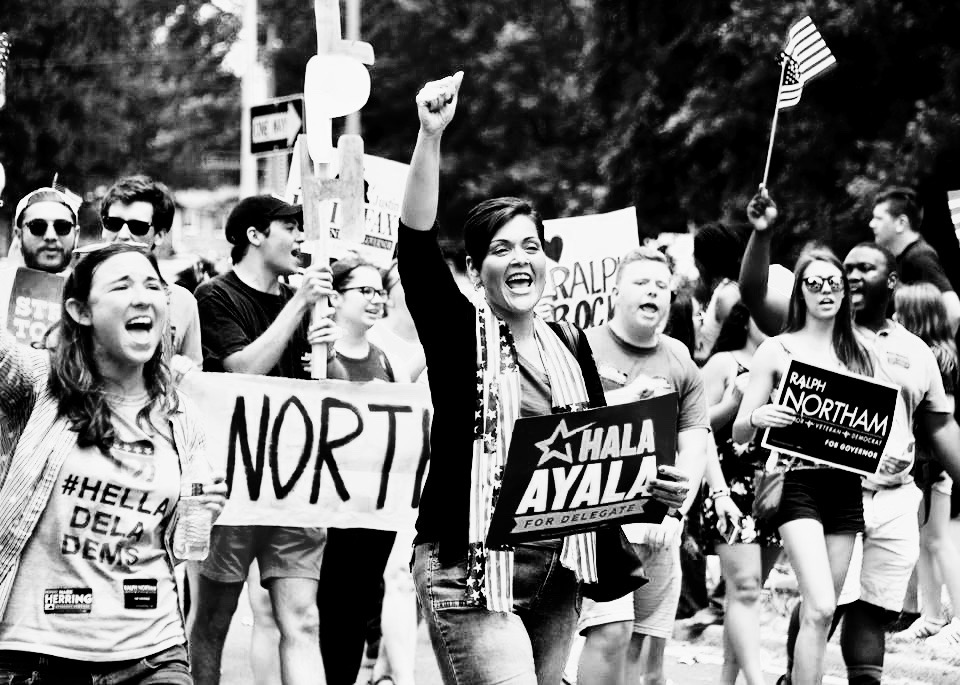 A ray of light beamed through the gray clouds of politics this week; not only did 14 Democrats get elected to delegate seats, but 11 of them were women. Of those 11 women, seven of them come from minority groups, bringing a level of diversity to the General Assembly which has never been present before.

These women ran on issues ranging from affordable health care to improving public schools, building infrastructure, and creating jobs, issues which polled highest and ultimately determined the outcome of this past week’s election in Virginia. But most unexpectedly, this election proved the people of Virginia wanted change – in a big way – and it was the women of Virginia, triumphing over their male Republican counterparts, which made that happen.

RVA Mag reached out to some of these extraordinary women to get their take on the election and the issues which ushered them into their historic victories.

The House of Delegates will now be joined by its first female Asian-American, Kathy Tran, who won in the 42nd District, claiming a seat previously held by Republican Dave Albo. Tran, a Vietnamese refugee, has 12 years of experience under her belt at the U.S. Department of Labor. She went on to work at the National Immigration Forum, one of the nation’s leading immigration advocacy organizations, an issue included on her platform along with preventing gun violence and access to affordable healthcare.

“To me, it was a clear rejection of hate, racism, bigotry, and misogyny that the Republicans were running in the gubernatorial campaign,” Delegate Elect Tran said of her win. “It’s a very strong affirmation in Virginia for the core values of our democracy of hope, opportunity, and inclusivity.”

In the 13th District, Danica Roem became the first transgender woman elected to state legislature. After months of bringing attention to real issues such as traffic congestion in Northern Virginia, Roem came out on top and ousted Bob Marshall, a 13-term Delegate known for introducing anti-LGBTQ legislation.

Another first for Virginia is Dawn Adams, who won a seat in Richmond’s 68th District, defeating Manoli Loupassi, and is the first openly lesbian member of the House. This election was a huge win for the LGBTQ community and showed Virginia is indeed for lovers.

“It’s high time we have a government that reflects the diversity of the commonwealth and that brings to bear such diverse experiences and perspectives to really understand how laws impact people,” Delegate-Elect Tran said.

Adding to that diversity is Elizabeth Guzman, a public administrator, who became one of  the first two Latinx women to sit in the House of Delegates, along with first-time candidate Hala Ayala. Guzman immigrated to the United States from Peru with a high school diploma and advocated for preschool, family, and mental health services during her run for the 31st District of Virginia.

Ayala, who campaigned on protecting choice and contraception options for women, and on Medicaid eligibility, went from being a cashier at a gas station to working as a cyber-security specialist for the Department of Homeland Security. On Tuesday, she became the Delegate for the 51st District in Prince William County, defeating Del. Rich Anderson, a four-term incumbent.

Kelly Fowler is replacing Republican Ron Villanueva in Virginia Beach. She will be representing the 21st district and is the first female Asian-American Pacific Islander to have a seat in the House. One of her top issues during her run was expanding Medicaid in the state. “As we watched our government under Trump this year, we ran a marathon to get to the point where we could make a bigger difference,” Delegate-Elect Fowler said. “Protests and rallies can only do so much; we had to take our seat at the table. When the women get involved, we see things through until they are done right.”

Another woman eager to take her seat at the table is Jennifer Carroll Foy. The VMI grad and former public defender discovered she was pregnant with twins three weeks after announcing her campaign for delegate. Even though her sons were born after only 26 weeks, her commitment to the people never wavered. Foy will be the next delegate of Virginia’s 2nd district and is currently mother to two healthy boys. Protecting Planned Parenthood, expanding Medicaid for 400,000 Virginians, and improving transportation are just a few of the issues she is fighting for.

Professor of anthropology and women’s studies Debra Rodman had an upset victory in 73rd District and will be the new delegate for the residents of Henrico, aiming to ensure access to affordable healthcare and job growth. “I think it gives people a lot of hope to see people like them, hard-working women, professional women, and stay-at-home moms who are going to be fighting for the everyday Virginian,” Delegate-Elect Rodman said.

Women took another Republican seat when Karrie Delaney unseated Republican incumbent Jim LeMunyon in the 67th District (Fairfax and Loudon counties). In all, Democratic women claimed seven Republican seats in the Virginia House of Delegates. Delaney was formerly the Communications Director for Shared Hope International, a non-profit dedicated to ending sex trafficking. She currently serves as Chair of the Fairfax County Library Board of Trustees. She’s aiming to create well-paying jobs and implement long-term transportation reform with her new position.

Wendy Gooditis won the race for delegate in the 10th District. After losing her brother at the beginning of her campaign, Gooditis ran on issues of health care and equal access.

“I think this historic number of women running for office has given the rest of the America hope that we are the country we believe we are,” Delegate-Elect Rodman said. “We’re ready to work together and show we are a community that cares about one another and that we don’t want to fight. We want to create unification around the issues that matter.” Beyond what makes these women unique, they are all unified by their love for the state of Virginia and commitment to the people of their districts. These women are qualified, dedicated and aware of the issues facing the people of Virginia – and that is what really matters.