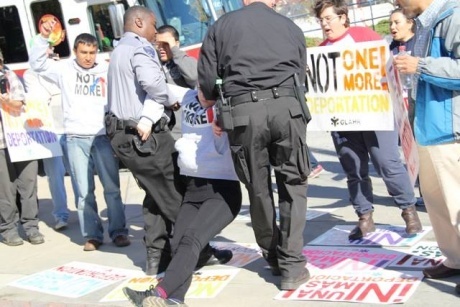 RICHMOND – The Trump administration’s immigration policy has left a cloud hanging over the heads of many undocumented immigrants living in Virginia.

While the U.S. Immigration and Customs Enforcement agency says it is enforcing existing laws, critics say the agents are doing so with a vengeance.

“Their mission is basically to separate families, and because of that, they are very easily antagonized,” said Camille Brenke, a member of ICE Out of RVA, a collective advocating for the rights of undocumented immigrants living in Richmond.

President Donald Trump has not dismantled legal protections such as Deferred Action for Childhood Arrivals, which allows certain groups of undocumented immigrants to stay in the country. But advocates for immigrant rights fear he eventually will eliminate DACA. 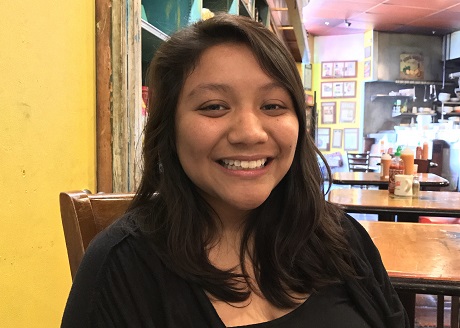 Even so, Trump has taken other actions that have made many people anxious because of the increased presence of ICE agents in communities where undocumented people live.

Shortly after taking office in January, Trump signed executive orders that greatly expanded ICE agents’ power to target and detain undocumented immigrants. While President Barack Obama’s administration insisted it targeted only convicted criminals, Trump gave ICE broader discretion to detain immigrants based on suspicion alone. This has led to the arrests of many people with no criminal record at all, even ICE officials acknowledge.

One of Trump’s executive orders allows ICE to arrest undocumented immigrants if they are suspected of having “committed acts that constitute a chargeable criminal offense.” In the weeks after the order was put into place, ICE carried out a series of raids across the United States and arrested at least 683 undocumented immigrants. 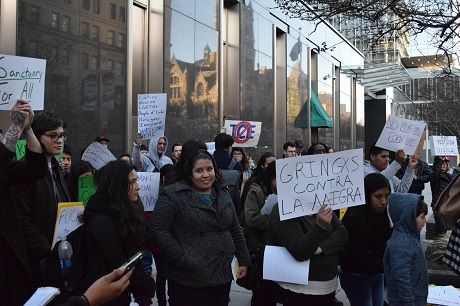 According to statistics released by U.S. Department of Homeland Security, from January through mid-March of this year, ICE arrested more than 21,000 undocumented immigrants, including more than 5,400 with no criminal records.

Number of Undocumented Immigrants Detained Between January to March, 2016 and 2017
Create column charts

Bottom-line comparison: Under Trump, overall detentions increased by about 32 percent – and detentions of undocumented immigrants without a criminal record doubled.

In Virginia, there have been reports of ICE agents stopping people for minor offenses and detaining people in and around churches, schools and hospitals. In the past, ICE has officially recognized such venues as “sensitive locations” and forbidden agents from arresting people there. Advocates for undocumented immigrants fear that policy has changed. 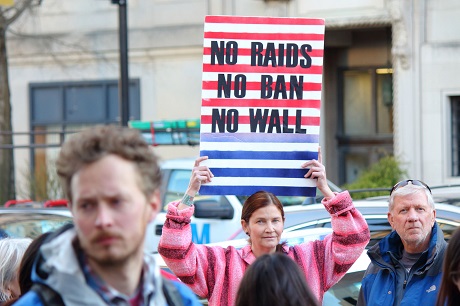 Their fears were heightened in February when seven men were stopped and arrested by ICE after leaving a hypothermia shelter located inside a church in Arlington.

Germaine Wright Sobral, a partner at Montagut & Sobral Law Office in Falls Church, has been working with undocumented immigrants in Virginia for more than 30 years. She says the recent spike in ICE activity is due to the new administration’s feeling emboldened to pursue immigrants for minor offenses.

“Under Obama, if you had an order of deportation but you weren’t committing any bad acts, they were basically not enforcing the order of removal,” Sobral said. “But now, with the direction of the new attorney general and President Trump, they are. They feel liberated to be able to do that.” 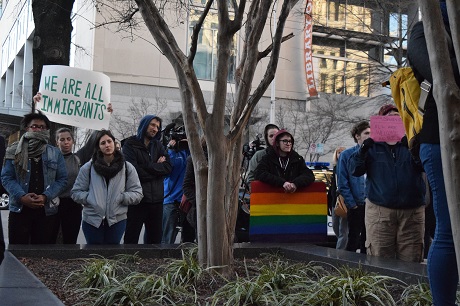 While Sobral has not heard reports of ICE conducting mass raids on homes or worksites in Virginia since Trump’s election, she said she has seen other ways in which agents have stepped up their activity over the past few months.

“This week, I have had three people come into the office who have been picked up on drunk-in-public charges, which is a Class 4 misdemeanor – it is punishable by a fine only,” Sobral said. “What they have done is, they have picked them up, taken them to the police station and had them processed by ICE with detainers, which is absurd because the offense doesn’t require the officer to take someone to jail; they could just ticket them and let them sleep it off.”

As a result of the increased ICE activity in the state, Gov. Terry McAuliffe met with Secretary of Homeland Security John Kelly. McAuliffe said he came away from the meeting with positive results, stressing that Kelly assured him that only undocumented immigrants involved in “criminal enterprises” would be targeted.

Brenke, a member of ICE Out of RVA, questioned the assurances Kelly gave McAuliffe. She said the newfound freedom that ICE has been given under the executive order has left undocumented immigrants in Richmond reeling.

“Obama created this system of really targeting certain individuals and finding out, ‘OK, who has a criminal history? How can we find them?’” Brenke said. “But now, they’ll just go to a random place and see who’s undocumented and just take whoever’s around. So that way, it’s definitely more visible, and there’s definitely more fear in our communities.” 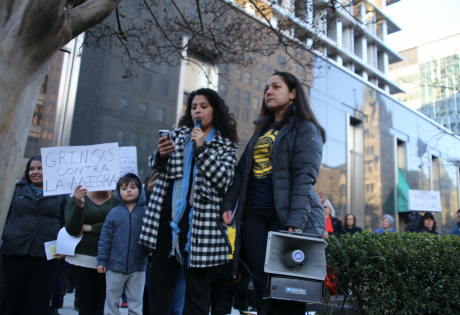 “They were saying that they were the police, and they’re not,” Sobral said. “That is a misrepresentation. They are not the police – they are ICE.” 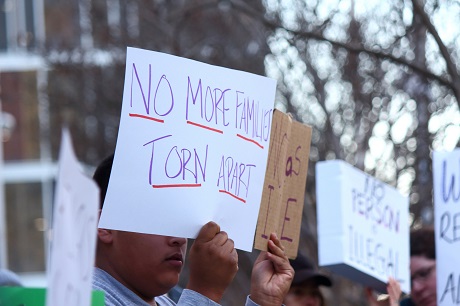 In response to critics, the U.S. Department of Homeland Security has cited criminal and public safety threats as their top priority in immigration enforcement efforts.

Sobral and Brenke suggest that undocumented immigrants know their rights if they find themselves in an encounter with ICE.

“People are more aware of the fact that they have to follow police instructions,” Sobral said. “But if an ICE officer stops me and asks me for ID, unless he has an articulable suspicion that I am an undocumented immigrant, there’s absolutely nothing that I need to do to answer him.

“You can remain silent,” Sobral said. “Whether or not you’re documented, you have these rights.”