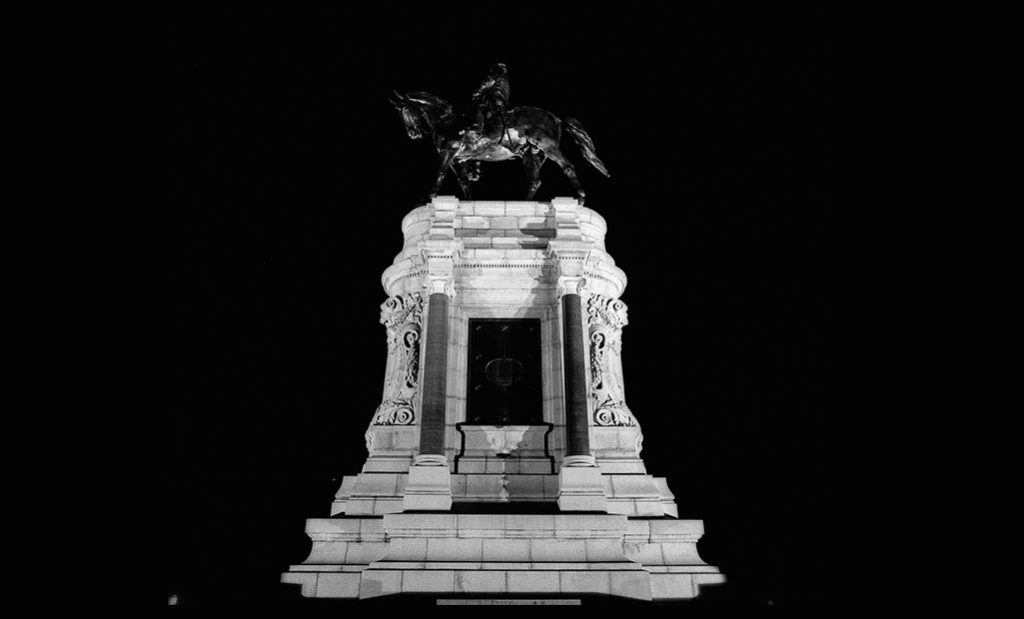 On June 22nd, Mayor Levar Stoney announced a commission “to help the city redefine the false narrative of the Confederate statues that line Richmond’s grandest boulevard.” This announcement was hardly shocking – in a sense, it had been coming for decades – but it was significant for the mayor to publicly assert that some of Richmond’s most famous landmarks are part of a false narrative.

The statues are often referred to as part of “our history,” but what part of our history do they actually memorialize? RVA Mag asked historical experts throughout the US to find out.

It’s fair to say that most Virginians learn a complex historical narrative from a young age. Alongside the standard talk of Lincoln, Grant, and the Fourteenth Amendment, Virginians get a healthy dose of Southern perspective and rhetoric about states’ rights. If you grew up in the Commonwealth between 1984 and 2000, you have also celebrated Lee-Jackson-King Day while the rest of the country was simply celebrating Martin Luther King, Jr. Day – the Commonwealth still observes Lee-Jackson Day every January. 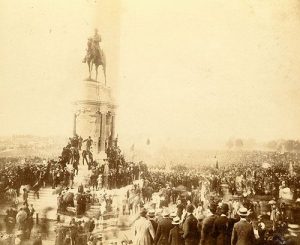 Regardless of how people might feel about the continued presence of Confederate symbols, most are not shocked when they see the naval flag or hear Lee mythologized over his gentlemanly charm or duty to defend Virginia. Even in the face of historical evidence, which indicates he was exceptionally cruel to his slaves, the idealized figure of Lee as a conflicted Virginia patriot persists.

However nuanced our versions of them may be, these men are still enshrined on Monument Avenue. Putting aside, for now, the question of whether they should remain there, it is worth the time to explore the real meaning of these statues and how their history is understood today.

Matt Karp, an assistant professor of history at Princeton University and author of This Vast Southern Empire, a new book emphasizing the role slaveholders played in government prior to the Civil War, argues that the statues are more a product of Reconstruction’s failure than a desire to memorialize the war itself. The first statue didn’t even go up on Monument Avenue until 1890, 25 years after Appomattox and 20 years after the death of its subject – General Robert E. Lee.

“By the late 1870s, the former planter class didn’t get back to where they were before the war,” said Karp. “But they had clearly won this struggle, and they had succeeded in marginalizing and defeating the forces that wanted to totally reconstruct the South. And these monuments are celebrations of that struggle.”

In celebrating Confederate heroes at the precise moment of Reconstruction’s failure, he argues, the monuments celebrate “the resumption of white rule.” Dozens of black representatives had been elected to Virginia’s General Assembly in the late 1860s and 1870s, but by 1900 the legislature was once again entirely white. Discriminatory voting laws and endemic racism in state government would keep it that way until the passage of the Civil Rights Act of 1968.

Economic and social forces were also re-establishing something similar to slavery, according to Justene Hill, an Assistant Professor of African-American History at the University of Virginia.

“Slavery, by law, was made illegal, except in cases of being imprisoned,” she said. “But some of the same institutions were still implemented, in terms of a shift in the new South towards an agriculture based on African-American labor.” During the post-Reconstruction period, Hill argues, slavery, “transformed and was institutionalized in other ways.” 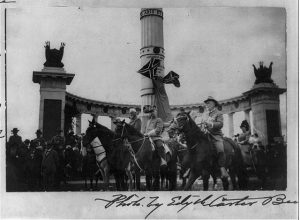 1907 Confederate Reunion on Monument Ave. Photo by Library of Congress

Through discriminatory laws, an agricultural system that kept many former slaves poor and beholden to white landowners, and a criminal justice system that funneled freed slaves into prison and then profited from their labor, conditions that resembled slavery started to re-emerge in the last decades of the Nineteenth Century.

It’s not a coincidence, then, that the white ruling class chose this moment to erect statues to men who had embodied the pre-war power structure. While they had no illusions about bringing slavery back, Karp argues, the “first wave of Lost Cause memorializers” were very keen on the idea of a racial hierarchy.

“Nobody was still defending chattel slavery in the 1880s and 1890s when these monuments went up,” he said. “But what was still very active and very popular was the idea of white supremacy.”

Hill added that the rise of the monuments coincided with the violent reinforcement of this re-established status quo.

“When cities erected these statues it happened, interestingly, at the same time when there was an uptick in racial violence and particularly lynchings,” she noted. “And so these statues came to represent a form of white supremacy, to keep African-Americans in line and in check with regards to what their rights could be and how they could then project their rights in public.”

Historical records indicate that 83 African Americans were lynched in Virginia from 1882 until the practice died out – across the South, lynchings peaked in the 1890s.

It may be hard for many Virginians to imagine in 2017, given that Confederate symbols and statues have become part of our civic furniture, but a former slave watching the unveiling of the Lee statue in 1890 would have reason to see it as an implicit warning not to challenge the racial hierarchy.

Black Virginians knew that even an imagined offense could provoke their white neighbors to organize a lynch mob. The installment of a new statue honoring a slaveholding general was a clear sign that those in power sympathized more with the lynch mobs than with their victims.

When asked, none of the academics interviewed were in favor of summarily removing the statues.

“I’m leery about that, even though I have no illusions about what those monuments stood for in the minds of their makers, nor what the men themselves thought about the world,” said Karp. “I’m very leery of shortcuts and end-runs that feel very satisfying but A) don’t really address lingering social questions in a material way and B) suggest that history can be fixed by tearing this stuff down.” 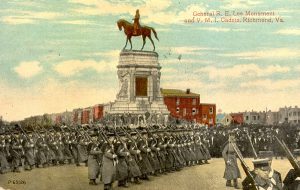 The consensus was that, while the statues do skew our reading of Virginia’s history, tearing them down will not, on its own, solve the problem. Hill claimed that the removal of monuments in other cities proved a poor substitute for actual, difficult conversations about slavery’s continuing impact on society.

“I think that this conversation is long overdue, which is why in New Orleans, for example, they had to remove the statues under the cloak of darkness,” she said. “The fact that we as a society have waited so long, I think, belies a bigger conversation about our discomfort with really interrogating the history of race and slavery in this country.”

That discomfort may drive the reluctance to acknowledge the problem posed by Monument Avenue. The statues themselves help avoid discussions of race and slavery by turning the focus toward generals and battles, rather than slaves and their masters.

Professor Barrymore Bogues of Brown University’s Center for the Study of Slavery and Justice points out that people rarely discuss the actual experiences of slaves during the war, even though they were far from passive bystanders. Examining these narratives, like examining the histories of the monuments themselves, is painful work, but it may be the only way to make true progress.

Regardless of whether the commission finds a satisfactory resolution to the monument debate, Richmond needs to have more of these difficult conversations.

Stephen Wood writes about politics, sports, history, and any combination thereof. His work has appeared in Paste Magazine, McSweeney's Internet Tendency, and These Football Times, among others. A Richmond native, he is currently based in New York.