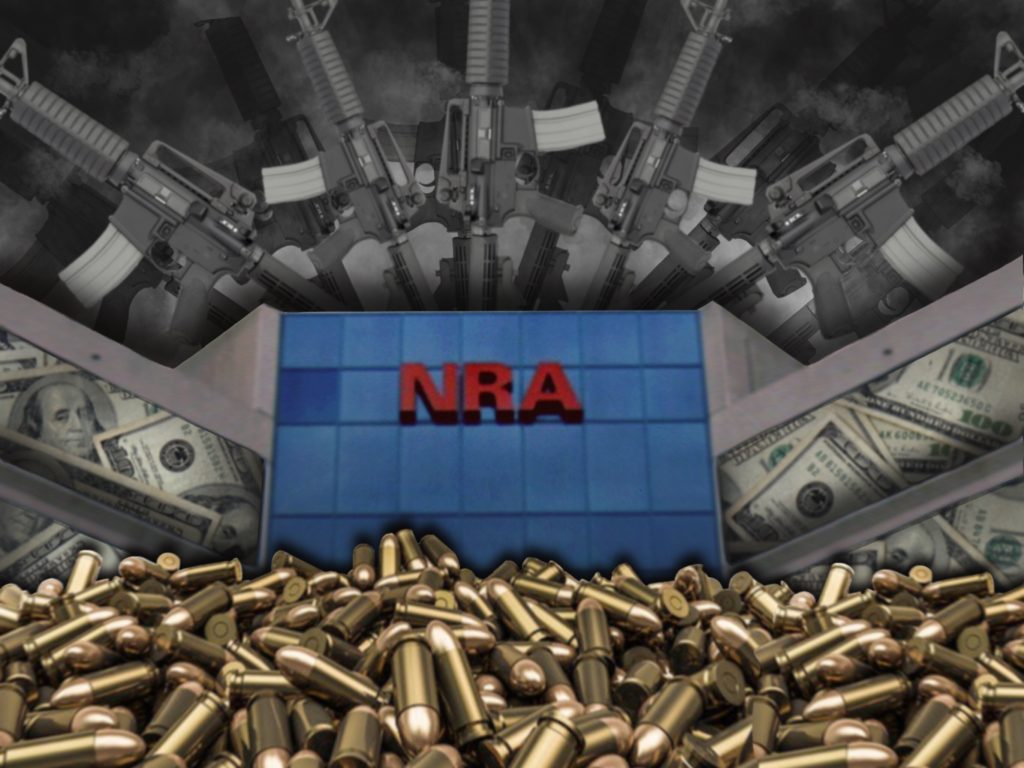 Another day, another mass casualty attack, this time at the Marjory Stoneman Douglas High School in Broward County, Florida. While the names of all the victims have not yet been released to the public, law enforcement is slowly starting to release some details. What is known as of this morning, is that 17 teachers and kids have been killed with another 15 injured, some of them critically. This mass casualty attack is now the single most deadly incident at a school since the massacre at Sandy Hook Elementary School, which left 28 children and staff members dead. The incident yesterday is far from isolated, however, and there have already been eight school shootings, along with 29 other mass casualty attacks in 2018 alone, according to Gun Violence Archive.

Sources inside law enforcement have said that the shooter entered the school with an AR-15 rifle, while also carrying a gas mask and smoke grenades – all of which can be purchased commercially. It is believed that he triggered the school’s fire alarm, causing students and faculty to spill into the hallways, creating a target-rich environment. Speaking on CNN, Sen. Bill Nelson (D-Florida), said this of the shooter’s plans, “…the kids would come pouring out of the classrooms into the hall, there the carnage began.” The shooter was eventually identified as a former student who was prevoiusly expelled from the school, but managed to escape the scene by blending in with fleeing students – he was arrested by law enforcement about an hour later.

This mass casualty attack in Florida is no longer unique, it is woven into the every day social fabric of American society. In data provided by the Centers for Disease Control, almost 96 Americans are killed by guns every day. The CDC dataset – collected between 2012 and 2016 – has tallied a total of 175,703 gun deaths throughout the US for that specific timeframe. In data provided by the Gun Violence Archive, there has been a total of 376 mass casualty attacks since 2017, defined as an incident in which more than three people were either wounded or killed – in almost all of these incidents, the shooters purchased their weapons legally.

So this brings up the next question, how has Congress consistently failed to implement any kind of practical legislation that would protect its citizenry from this kind of daily threat? There is a rack of legislation governing terrorism interdiction, yet since 9-11 there have only been 95 deaths in US territory due to terrorism – compared to the 175,703 gun deaths every year and there is a major cultural disconnect at work. Additionally, the vast majority of Americans believe in commonsense gun laws and protections. According to a Quinnipiac University national poll, 95 percent of all Americans support increased background checks, along with another 65 percent on restricting the sales of assault weapons.

The question then once again becomes, what gives? The broadest answer to that question is the National Rifle Association (NRA) and the money they spread around to politicians – specifically Republican politicians. In the first six months of 2017, the NRA spent $3.2 million on lobbying alone and was sponsoring 81 pieces of legislation in Congress. Nonetheless, in the wake of the mass casualty incident in Florida yesterday – enterprising media sources and individuals have started to highlight just how much money is going to politicians that consistently offer “thoughts and prayers” – but little by way of actual solutions to the mass-casualty epidemic, given the donations the NRA makes to them. 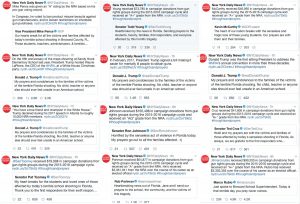 RVA Mag thought we would do the same for Virginia, given that the Commonwealth experienced one of the country’s most deadly mass casualty attacks at Virginia Tech in 2007 that left 32 people dead and 17 wounded. And in the 2017 gubernatorial election, exit polls clearly highlighted that gun policy was the second most important issue for voters in the Commonwealth. So here is a list of top Virginia politicians which have taken money from the NRA and in doing so have refused to support meaningful gun control regulations.

According to Open Secrets, an organization that tracks financial transparency in politics, the following Virginia Congressmen and women have accepted donations from various PACs, subsidiaries, and affiliates of the NRA:

According to the Virginia Public Acess Project, the NRA has invested $52,546 in the House Republican Campaign Committee and $16,850 in the VA Senate Republican Caucus. The following list is the State Senators and Delegates who have accepted the most direct money from the NRA going back five years (not including subsidiaries and PACs):

Supporters of sensible gun control legislation have reason to be optimistic based on the wave election of 2017, which ushered in a progressive sweep of the Virginia Assembly. Gov. Ralph Northam, also an erstwhile supporter of gun control since he was a state senator, has also signaled that this will be at the top of his legislative agenda. This led to former New York City Mayor, Michael Bloomberg to donate $1.5 million to Northam’s campaign from his Everytown PAC which seeks sensible gun control legislation. The battle for gun-control in the Commonwealth will be hard fought though. Legislation to ban “bump stocks”, the device used in the Las Vegas massacre has just been scrubbed in sub-committee, while at the same time legislation making it easier to carry guns in church cleared the Senate. The NRA has declined to comment on Virginia’s wave elections, yet their ability to lobby and finance campaigns behind the scenes remains one of the most omnipresent challenges to any kind of legislation that might prevent the kind of massacre that happened yesterday in Florida.

Until this changes, Virginians and Americans are just one AR-15 purchase away from another mass-casualty attack.

Advocates may not agree about whether decriminalization or outright legalization is the correct path for Virginia marijuana legislation.... READ MORE

Advocates may not agree about whether decriminalization or outright legalization is the correct path for Virginia marijuana legislation.... READ MORE